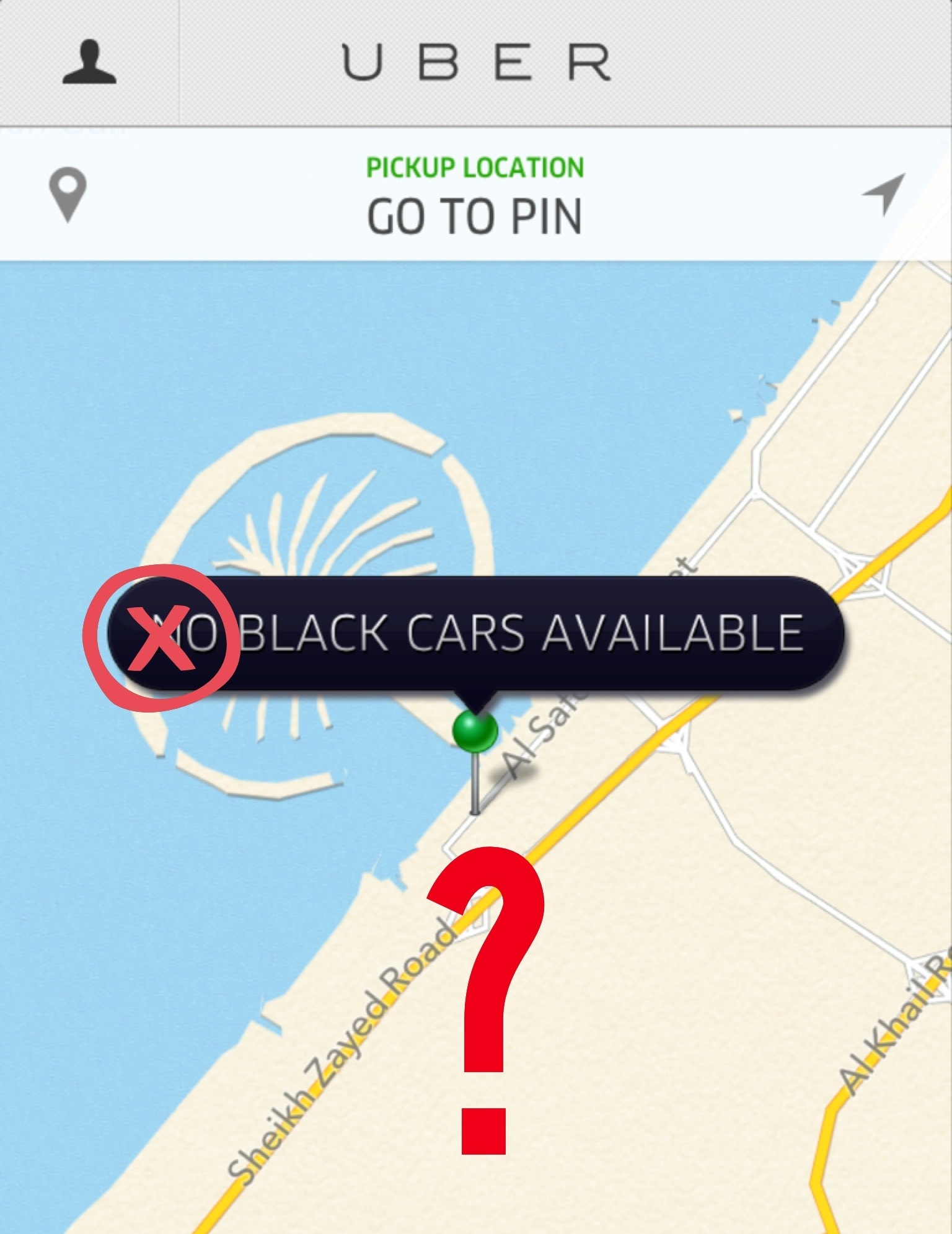 UPDATE #2: Uber has now announced its launch in Dubai, on August 27th, by offering Riz Khan a ride in a BMW 7-series.

UPDATE: A public filing in Delaware reported August 22nd reveals that Uber has now taken on a new round of funding that includes $90 million in investment from private equity company TPG, and possibly $250 million from Google Ventures, which Google CEO Larry Page scrambled to get, AllThingsD reports. Its valuation has now hit $3.5 billion, after being valued at $330 million only a year ago.

Uber, the luxury car service based in San Francisco, is getting ready to launch in Dubai. Yesterday, @Uber_Dubai confirmed the move, tweeting “from #SanFrancisco to #Dubai, are you ready?”

The news comes as no surprise; rumors of a launch in the UAE have been circulating since March, when Uber began seeking a general manager.

A quick look at the company’s job listings reveals that they’ve found a GM for Dubai, but are still seeking an operations manager and a community manager, which its Twitter account also mentioned Monday, after responding earlier in the week to one fan’s anticipation of their Dubai debut.

Uber’s job listings also reveal that, beyond the 41 cities where it currently operates, the company also has its eye on Beirut and Doha, along with Nairobi, Bangkok, Cape Town, Moscow, Auckland, Kuala Lumpur, Hong Kong, Bogota, Santiago, Manila, Lima, Panama City, and Montreal… looks like a slow year.

It’s not hard to see why it’s expanding so aggressively; the startup has raised a total of almost $50 million to date, closing a Series B round of $37 million in December 2011, lead by Menlo Ventures, involving Jeff Bezos and Goldman Sachs. It’s also not hard to see why investors like it. “It’s a killer experience,” said Silicon Valley investor Marc Andressen, who famously explained why software is eating the world. “Uber is ‘software eats taxis.’”

With a model that could be easily replicated, however, Uber is likely pushing to enter new markets and secure partnerships on the ground before others can dominate the space; because it doesn’t own cars or employ drivers, it will have to make a land grab for local transportation companies.

If Uber wants to succeed in Dubai, it will also have to be legally airtight, something it’s not known for. Since its early days, the company been challenged by transit authorities and taxicab commissions in San Francisco, Washington D.C., Chicago, New York, Vancouver, and Toronto for, in most cases, not being a registered taxi service.

(Uber’s early legal challenges were enough to cause CEO Travis Kalanick to joke “I think I’ve got 20,000 years of jail time in front of me” at TechCrunch Disrupt 2011).

While the company has cleaned up its act since then, local players continue to resist it. On Monday, the taxicab commission in Washington D.C. ruled that the smaller, fuel-efficient cars offered by its UberX service were not eligible to operate as sedans.

Uber bristled in response. The regulation would “grossly restrict competition and affordable consumer transportation options,” its blog post reads. “…we do not plan to take this lying down.”

Meanwhile, the company is also battling a class action lawsuit in San Francisco, from drivers who claim that Uber is cheating them out of tips.

In Dubai, one car service has already been, well, eating taxis with software. Careem, which we first dubbed the “Uber of Dubai,” was founded by Magnus Olsson, a ex-McKinsey Swede who formerly ran his own IT consultancy for small businesses, and Mudassir Sheikha, a Pakistani entrepreneur who joined McKinsey after building a mobile app testing platform that was acquired by Keynote Systems for $90 million in 2011.

Like Uber, Careem offers riders the ability to order sedans via a mobile app, and then receive an SMS confirmation of the driver’s arrival, and track their trip using GPS. Both services also offers on-demand ordering; on Uber’s app, users can see the actual cars on a map, request them, and see them starting driving to the requested location. Careem, as well has just turned on a similar service.

Careem also doesn’t have its own fleet, but, like Uber, works with local limousine and taxi companies who are already compliant with local regulations. It’s now expanded to Doha, an easy test market, the founders said, and Riyadh, where it’s targeting women, business travelers, and religious tourists.

If the two go head to head, Uber may be able to leverage its global knowledge and bring its operational expertise to bear in Dubai, but Careem will have a leg up on local partnerships.

Thus far, Careem feels confident. In July, the founders said that it would be “great to get a world class player in the market,” to help educate and expand the customer base. “It has not been easy, educating the drivers to work in a market like this, getting the limo companies on board, and educating customers on what we do,” they said, also telling Wamda, “It's getting a little lonely here by ourselves.”

Now the question is: who’s going to offer the best dessert? Uber has rolled out an on-demand ice cream truck service in 33 cities. In Dubai, Careem offered the option of ordering cupcakes from Magnolia’s Bakery over Eid. A little competition on this front can’t hurt.