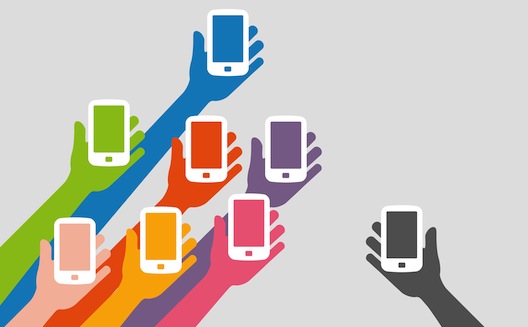 At the end of last week, we took a look at the fact that smartphones are outselling feature phones worldwide.

In the Arab world, smartphones might not surpass features phones until 2016, but the UAE will be one of the first markets where it makes this switch.

Last week, it was hard to find recent data on the prevalence of smartphones in the UAE, but yesterday, the Telecommunications Regulatory Authority released their second quarter findings on smartphones and mobile operating systems.

Here’s a look at the findings:

Overall smartphone penetration is at 44%, the TRA says, a statistic that conflicts with Google’s estimation that rates are closer to 62%. Regardless, TRA says that the Samsung SIII is the most popular smartphone, followed by the iPhone 4, the iPhone 5, and the Blackberry Bold 9900.

Symbian remains the market’s most popular OS, at 38%, despite the fact that Nokia dumped Symbian from its smartphone line, replacing it with Windows OS; the enduring popularity of Nokia feature phones likely keeps Symbian in the lead.

Blackberry comes in second, at 23%, followed by Android (21%), and Apple (16%). As we mentioned, Android dominates the regional market with a 40% share, and will likely eventually dominate the UAE smartphone market as well, depending how Blackberry fares once it finds a buyer.

Here’s a stat that might intrigue music streaming services like Anghami, Deezer, and Yala Music: use of iTunes accounted for 92% of total visits to application websites. Users in the UAE are craving- and paying for- music. [UPDATE: while Anghami confirms that indeed, 70% of their paid traffic comes from iTunes, the fact that only 8% of iTunes use in the UAE would come from Blackberry, Android, and Nokia combined doesn't make sense. In general, the platform has 30% more users on Android than iPhone, it founders confirmed.]

When it comes to social media, startups looking to advertise on mobile may want to note that UAE mobile users love Facebook. The social network that was just politely hacked by an adept Palestinian white hat accounted for 87% of the total visits to all social networking websites from April through June this year.

Twitter ranks a distant second, accounting for 11% of the total visits, followed by LinkedIn (1.8%), which is trying to expand in the region, and Maktoob and MySpace trailing with less than 1% of all visits to social networks via mobile.

The TRA reports that mobile internet penetration sits at 73%, a stat previously debuted by market research organization TNS Mena; this puts the UAE above the regional and global averages of 41% and 51%, and according to a 2013 ITU study, on par with developed markets, which average 75%.