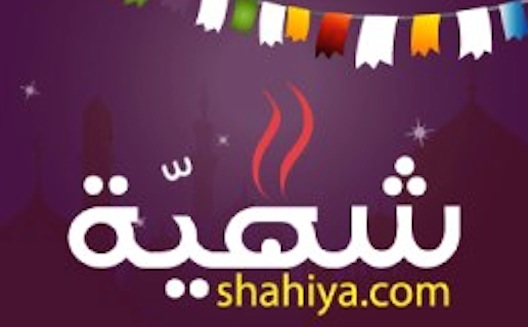 Since we last checked in, Shahiya, the Beirut-based community recipe board, has made some serious strides. The site has grown to over 70,000 registered users from around the globe, who have added more than 2,500 recipes this year alone. After taking on $500,000 in funding from Middle East Venture Partners, the startup now owns 50% of the market share for recipe sites in Saudi Arabia, its primary market.

The success of a mostly-Lebanese recipe portal in Saudi Arabia could be seen as a testament to Lebanon’s cuisine, and yet, as cofounder Hala Labaki explains, Shahiya is much more than a recipe portal for the community of women who use it.

“Food is at the heart of our culture, so it’s a natural entry point for women to talk about all sort of different things,” she explains at Shahiya’s buzzing Hamra office. Browsing the community page on Shahiya, one finds posts from users revealing intimate details about their struggles with weight loss, relationships with their husbands and in-laws, and adjustment to a new country; some are looking to re-connect with a home that’s now far away. Just as notable are the heartfelt sentiments of support and solidarity other users offer in response.

Labaki says that the average Shahiya users are women over the age of 35, many of whom have formed fond relationships based on their interactions, building a network that perhaps provides what women’s communities have done in pre-digital Arab societies.

The Shahiya community also eases the isolation experienced by many homemakers or expats, she says. The majority of registered users are women living in Saudi or those who have emigrated out of the Arab world and are now living in Europe or North America.

The fact that many women in Saudi are, as Labaki says, a “captive audience,” spending significant amounts of time preparing food for their families, in a culture that often limits their interaction outside the home, made them a target demographic for Shahiya. The private nature of the forums also appealed to Saudi women, explains Labaki. One has to be a registered user to gain access, and the forums are unsearchable on Google. Its allure, she says, stems from being “a private forum for a private culture."

Arab expat women might similarly be looking for a little communion: in a recent post, two Lebanese users (based in the United States and London) traded gripes about the impossibility of finding the Lebanese sweet knaafeh, or baklawa that’s less than one week old, in the places they now call home. Labaki says that “Shahiya has become a portal to the Arab world for Arabs who are away from home; it allows expats to satisfy the feeling that they need to share” their experiences with people back home, or with others who are also homesick. Recipes are, perhaps, simply the icing on the cake.

An example for Arab women in the tech industry

Thus far, Shahiya’s success may demonstrate Labaki’s conclusion that women in the tech industry face less gender-based discrimination than those in traditionally male-dominated industries like banking or politics. Labaki claims to have observed “no differential treatment between men and women in the tech world, because we’re all learning at the same time.” The relative youth of the industry means that there hasn’t been time for a glass ceiling and boys clubs to form, she says, as “tech entrepreneurship provides opportunities that women can’t get otherwise.”

She admits, however, that the market in Lebanon might be more receptive to women’s ideas than elsewhere in the Arab world, recounting the grumblings of a Jordanian friend of hers (also an entrepreneur) about the dearth of women at startup conferences in Jordan. This anecdote is corroborated by evidence gathered by Wamda during various Mix & Mentor events across the Arab world, where women have reported facing negative stereotypes in Cairo and gender-based discrimination in Qatar (although these phenomena are certainly not limited to one city or country).

Shahiya’s success may point the way forward, revealing that empowering women sometimes involves the neutral approach that Labaki embodies; Shahiya wasn’t designed specifically for women (some male users pop up on the community boards), nor does it ever imply that the kitchen is a feminine domain. Of the four partners, two are men (Daniel Neuwirth and Cesar Gemayel; the fourth founder is dietician Carol Makhoul Hani), and none of them have ever made a specific effort to hire women. In Lebanon’s tech climate today, Labaki says “the best job candidates in general are often women.”

In their online community, as well as their office environment, Shahiya has created spaces that allow women to interact with each other and succeed – all without belaboring the ‘women’s’ aspect. To speak to the number of women who are increasingly flexing their creativity outside the house, this is a model that any entrepreneur could follow.