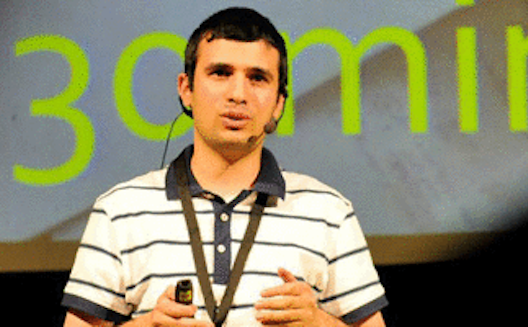 PALinnO, a new initiative in Palestine designed to connect local startups to Silicon Valley mentors, has announced the winners of its recent "Silicon Valley Investor Pitch" event, held in Nablus on August 20th.

The six startups who made the initial cut included:

After a round of judging, Souktel took first, Fresco second, and Analancer third.

“The investors were all very impressed with the companies, especially Souktel and Fresco,” said Coppola.

“This was a fantastic opportunity to pitch our venture to top-tier VCs. The feedback we received from the panel has already helped us enhance our business model, said Jacob Korenblum, founder of Souktel. "PALinnO is a great network for startups, and we're honored to be a part of it."

As the first place winner, Souktel will also win US $50,000 in seed funding and will be eligible for a free ticket to Silicon Valley to pitch at the Arab Innovation Demo Day this October (although out of the three startups listed, Souktel probably needs that ticket the least; it's already raised US $1 million from Sadara Ventures).

Following a slew of initiatives this year- including Hi-Tech Hub in Ramallah, and Fast Forward, the West Bank's new accelerator, PALinnO is the latest to champion Palestinian startups and work to build bridges with Silicon Valley.

“We appreciate the high level of Palestinian startups that we selected for first round of PALinnO program, called P2SV- Palestine to Silicon Valley," said Michal Zalesak, the executive director at PALinnO. "Our main mission is to create the first billion-dollar, innovative Palestinian IT company, to motivate others and show the hidden potential of the rising industry."