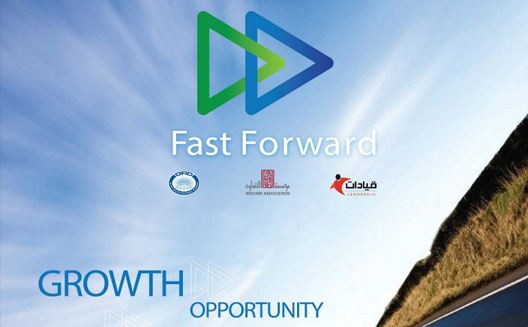 Building a startup in Palestine is admittedly tough. At the launch event for Palestine’s newest accelerator, a discussion broke out about the need for basic internet laws that would make online payments possible.

Sabri Saidam, the mustachioed advisor to the Palestinian president on telecommunications and information technology, pointed to glaring contradictions in the governing body’s approach. “The Palestinian legislative council was using video conferencing in the 90s to discuss law creation, yet they didn't consider technology laws important to debate or discuss,” Nedal Zahran, the Team Leader at Leaders Organization recalls him saying.

The current Minister of Telecom, Safa Nasser Eddin, is “on our side,” says Zahran, but the Palestinian National Authority simply “doesn’t see internet laws as strategic right now. They view the internet as a luxury. You have to remember that most of the people in charge are around 70 years old,” he adds.

In an environment with a labyrinthine legal framework, the mantra of the startup sector, as it is in many countries throughout the Arab world, is “build anyway.” The mantra could describe Saed Nashef, who navigated antiquated laws to create Palestine’s first tech-focused early stage venture capital fund, Sadara Ventures (one of the most active VCs this year). Sadara’s first investment, hotel booking site Yamsafer, is now perhaps Palestine’s biggest startup hope, alongside veteran success story Souktel, an SMS platform that has expanded throughout Africa (also now a Sadara portfolio company), and expanding medical portal WebTeb.

Zahran and his colleagues at Leaders Organization are now continuing to bring Palestine the seed stage investment it sorely needs by setting up Fast Forward, the West Bank’s first accelerator and seed capital fund.

Palestine already has several incubators, including Leaders Organization, which typically mentors larger B2B ventures, PICTI (the Palestine Information and Communication Technology Incubator) which has run programs with Mercy Corps to unite startup teams, and Gaza’s Business Technology Incubator, which recently ramped back up after a lull.

Fast Forward will the be the area's first fully-fledged accelerator, however, offering a six month bootcamp and $20,000 in seed investment in exchange for a 7-10% stake in accepted startups. Startups will focus on product development for the first three months and go to market during the second half, as the standard three month timeframe was deemed a bit short in this challenging market.

Its launch comes as no surprise in a region where accelerators are spreading like wildfire and a new cycle graduation or angel pitching session occurs every month. Yet the project was stalled until Welfare Association, a Switzerland-based nonprofit, came on board to provide funding. Now, it's taking applications for the first round until February 28th.

Its potential for success will likely rest upon its ability to help startups reach outside Palestine. In a market as limited as the West Bank, going regional or global immediately is an essential part of reaching profitability, hence the historical focus on outsourcing companies.

To optimize its mentorship, Fast Forward has sourced mentors from within Palestine and is also looking to connect with an international network of mentors soon. Other communities the accelerator will likely connect to include grassroots techie community Peeks and Hi-Tech Hub, Palestine’s newest tech talk series, which leverages the diaspora to bring local entrepreneurs Silicon Valley expertise.

It will be interesting to see what kind of entrepreneurs apply to the first Fast Forward class- Zahran expects to see ideas in e-commerce, travel, and enterprise solutions. The startup sector has been somewhat quiet, but momentum is building slowly, especially as innovative startups like Iris demonstrate the potential of a visionary product to sell internationally.

The accelerator is hoping to see women apply as well. It might not match BTI in Gaza, which claims that over half of its startups are run by women, but, says Zahran, “I would like to have a lot of applications from women. If we get even one startup running led by a female entrepreneur, we will be happy with that.”