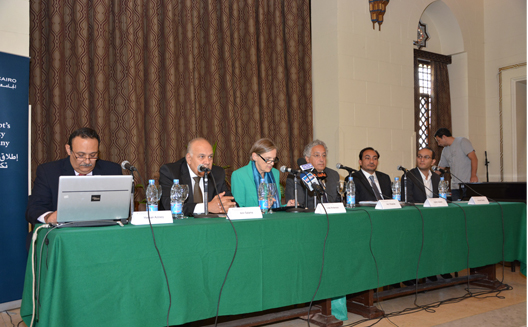 Even though there is a law in Egypt that allows universities to build companies and invest in projects, many important academic inventions are being neglected because of a lack promotion or a lack of funding. As part of its efforts to solve this issue and establish a connection between the academic and the entrepreneurial sectors, the American University of Cairo AUC announced its first spinoff startup, D-Kimia, earlier this week.

D-Kimia owns the right to use new technologies to diagnose Hepatitis C, a disease that affects the lives of more than 170 million people around the globe, and 22% of those living in Egypt, one of the highest rates in the world. This new technology is cheaper than that currently being used, and gives results within an hour. 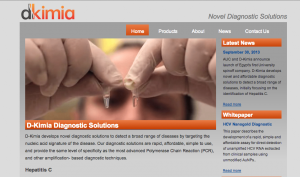 In order to allow the university project to develop as an independent business, AUC has voted to choose a CEO, Karim Hussein, who previously worked at WebMD and a few other companies related to health care and scientific technology; he also holds a PhD in information systems from MIT.

AUC has given the company an exclusive license to use four technological patents for diagnosis and creative treatment, which where developed at the university over four years and tested on 150 patients under the supervision of Dr. Hassan Azzazi.

Despite the current instability Egypt is facing, D-Kimia was able to secure its first round of investment, for US $500,000, from two Egyptian investors and a third investor from the Arab region.

Dr. Amr Salama, AUC’s former scientific researcher and consultant, mentioned that even though there’s a lot of wasted energy when it comes to scientific research in Egypt, there are 125.000 researchers working in 318 companies, most of whom (71%) work in education, 16.2% in production and the rest (12.5%) in public services.

Salama pointed to some of the major achievements in scientific research in Egypt, such as the success of using light technology to treat malicious diseases instead of chemotherapy, and the success of Misrelkheir in discovering the first treatment for diabetes using stem cells.

D-Kimia is expected to launch in the market in a year; meanwhile, it will integrate with more liver disease centers, while expanding its customer base to include medical centers and medical clinics.

The new company is now registered as an international company and will open a new branch in the US, since the market there has more powerful tools when it comes to medical analysis. According to founders, D-Kimia wants to compete globally and target not just Egypt, but the world.