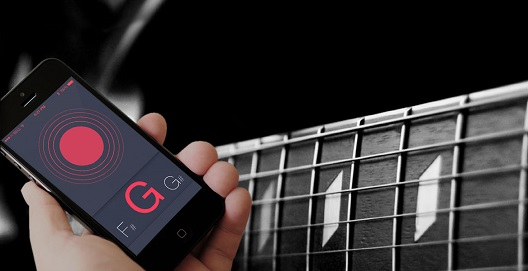 Last summer, when we last checked in with the Stars of Science-winning startup that’s building Roadie Tuner (previously called Dozan), founder Bassam Jalgha had just completed a few prototypes of the hardware.

Today, after taking some time to empower Beirut’s maker community with the launch of Lamba Labs, the Lebanese team of two are more than halfway through their incubation cycle at the China-based hardware accelerator HAXLR8R and they’re nearly done with their final product.

In an attempt to build anticipation for the launch of the complete Roadie Tuner hardware in a few months (which they’re planning on doing with the help of a crowdfunding campaign), the team has just released the free software version of their chromatic tuner via iOS app.

It’s a smooth and simple app, allowing users to put their smartphone next to any musical instrument to see how sharp or flat each note is. Users can then adjust their instrument’s intonation, monitoring the note with an easy-to-read circular visual interface. I tried singing into it and quickly saw how predictably off-pitch I usually am. The sleek black and red design will quickly become a must-have app for any musician – and it’s free.

The software is based on work Jalgha has been doing over the past four years, since winning the Stars of Science competition in 2009. In 2012, he joined forces with co-founder Hassane Slaibi to form Band Industries which now has a team of five. It was then that Dozan morphed into Roadie Tuner. “We have the chromatic tuner technology ready because we’re using it anyway for the hardware product; we decided that since we have it ready, why not release it for people to use and begin to build user trust?” says Jalgha.

The free Roadie Tuner app will also soon include a “pitch pipe” that allows users to tune their instruments by ear (by sustaining a note via the app and measuring it against their instrument's intonation). This feature will also allow users to adjust octaves, as a high C may be out of tune even if a middle C is in tune, particularly on a woodwind instrument. Likewise, users will also be able to test the tuning of chords, by holding down two or more notes on the app. 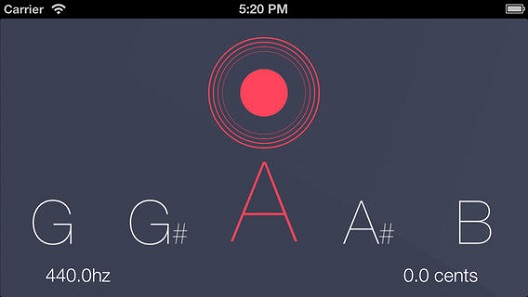 Other tuning apps exist – some are even free – but the co-founders think Roadie has an advantage. “We use a new characteristic tuning interface (the moving circle), which is different from the traditional needle, in favor of a more visible display, especially in a low-light situation, like a jam room, or backstage,” says Jalgha. “The interface makes it easy to tune as it gives confirmation with blinking circles; the more the note is sustained in-tune, the stronger and more apparent the blinks. This comes as a result of our five year experience struggling with tuner apps.”

“It’s hard to find a good, accurate, and responsive tuner app that is free on iOS; all the good ones are paid apps. This is why we decided to build a good-quality app for free,” he adds.

Jalgha and Slaibi gave me a quick tour of the HAXLR8R space in Shenzhen, China via Skype, during which I got a glimpse of the several teams hard at work tinkering side by side to build their own hardware startups; it looks like an excellent space to build a product and collaborate with like-minded makers. The team attributes their success at having built and released the app in just a few months to the hints and tips of experts mentoring the startups at the accelerator. “I play a stringed instrument and [Slaibi] plays the flute, and at the accelerator program a lot of other people are musicians as well, so we get a lot of feedback from them,” says Jalgha.

They plan to next launch the app on Android, while rolling out a crowdfunding campaign to fund the creation of the final hardware product. “The reason we chose iOS over Android is not because we don’t like Android – we’re both Android users – but with iOS there is only one architecture to test on; it takes much less development time,” says Jalgha. Slaibi goes on to explain that mentors at the accelerator helped them anticipate the delays and challenges that can come as part of the “very long process” that submitting an app to the App Store entails.

Once their acceleration period comes to a close in mid-November, the team will head to Silicon Valley for the HAXLR8R demo day and a few other pitching events they plan to participate in. They’ll then decide whether to remain in California, move back to Lebanon, or head to China to oversee hardware manufacturing.

For now, they just want to make the handiest tool possible. “I want people to download the app, try it out, and give us feedback. We really want to provide something that’s useful for musicians,” says Jalgha. “I play the oud and I think it’s great for the oud; so I really want people that play other instruments to try out the app and let us know how it goes.”

We’ll check back in with the team as they launch their much-anticipated hardware and crowdfunding campaign in the coming months. So stay tuned (pun intended). Here's a peek at how the final hardware might look with a brief demo of the app below: 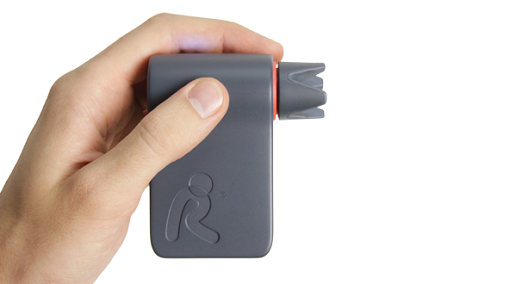