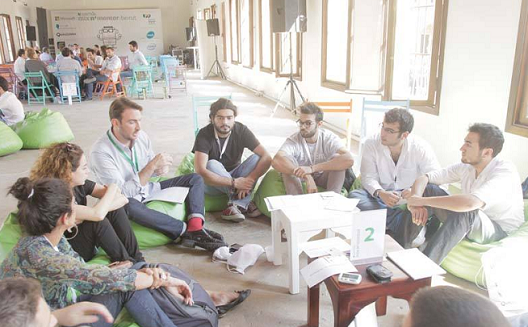 Our latest Mix n' Mentor wasn't just cool because it was hosted in an old silk factory in the suburbs of Beirut; it was also a more in-depth event with a completely new format.

As entrepreneurs traded from table to table, lounging on beanbags, they pitched their biggest challenges to mentors for five minutes each before launching deeper group discussions. This allowed us to ensure that every founder had a chance to have a mini one-on-one with some of Lebanon's and the region's most experienced entrepreneurs. Over three sessions, on fundraising, team building, and customer development, we did our best to make sure that every startup left with actionable advice.

With around six entrepreneurs on each table, the event was cozy but focused. For those that couldn’t make it, here are some of the main questions that entrepreneurs and mentors discussed:

How do I trade off between services for clients and doing the kinds of projects I really want to do?

If you’re a gaming startup in the Arab world- and there were several at Mix n’ Mentor Beirut- chances are that you’re currently testing a variety of games to see what sticks, playing a balancing game with your cash flow, trying to create as many different ideas as you can while also perhaps depending on development or ad product services to make ends meet until your game hits it big.

Yet in a risk-averse environment, your startup might find itself having to focus more and more on services if other sources of funding dry up; how can a small team handle doing both?, several startups asked. Should a company have to sacrifice its long-term vision for cash flow in the near term?

Mentors didn't have a hard and fast answer to this dilemma, but understanding the company's customer acquisition funnel is critical, one mentor said. In the gaming sector, companies like Ubisoft spend 70% of their attention on testing customer uptake, and only 30% on the games themselves. Most gaming startups won't have Ubisoft's budget, but the lesson still applies, and to startup outside of gaming as well: knowing what makes customers buy your product can be just as important if not more so than knowing what makes your product great.

What do investors really want to hear?

Well, they don’t want to have to tell you exactly what they want to hear. If you don’t have a good idea of why they would be interested in your business, don’t approach them. But if you have a strong sense of the company’s value, how it will generate revenue, and what you would do with investment, chances are you can get their attention.

Some of those with an established revenue model were advised to focus, as doing a few things well, and understanding how to sell the company’s core business, is better than doing many things decently; a clear focus will also help attract investors, partners, and customers. 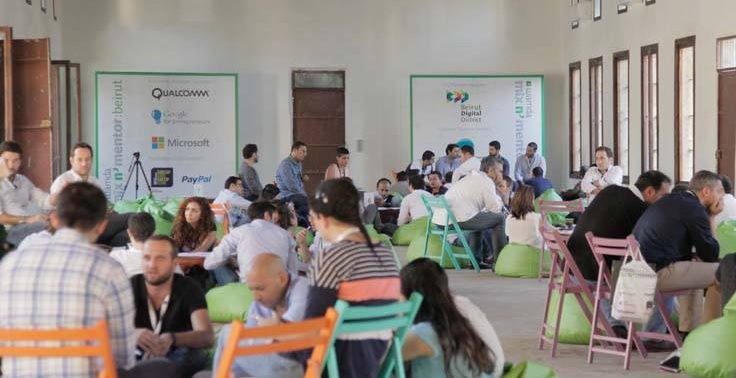 How do I motivate my team?

In our second session on team building, several startups wanted to know how to motivate their teams, since, generally, they need employees to work long hours while often not offering a lot of pay. One company had the opposite problem; the founders felt like the company had offered its employees the compensation they wanted, but the employees were no longer motivated to stay late and buckle down.

Obviously, not all of this advice works in every situation; sometimes it won’t make sense to give up shares to some co-workers, and it will rarely make sense to fire someone until all other options have been exhausted. While granting flexibility, the trick is not to remain even more organized; one Google veteran noted that the company’s flexible “20% time policy” co-exists along with one of the strictest performance monitoring structures he’s seen.

Another issue that came up was the degree to which companies should outsource their development, design, or any other aspect. Sales should not be outsourced, many agreed, and outsourcing should be kept to a minimum. “You can’t outsource your soul,” one mentor said.

And yet, for the times when it makes financial sense and leads to a superior product, companies should ensure that the company's intellectual property (IP) legally belongs to the company, and not the development firm, another mentor emphasized. When other companies come looking to acquire you, he pointed out, they aren’t going to be interested in a company that doesn’t own its own technology.

And as startups scale, it’s critical that teams be aligned on and clear about their vision, another mentor offered, so the company doesn’t end up with the wrong kind of alignment between production and sales (tree swing graphic from Encyclopedia Britannica). 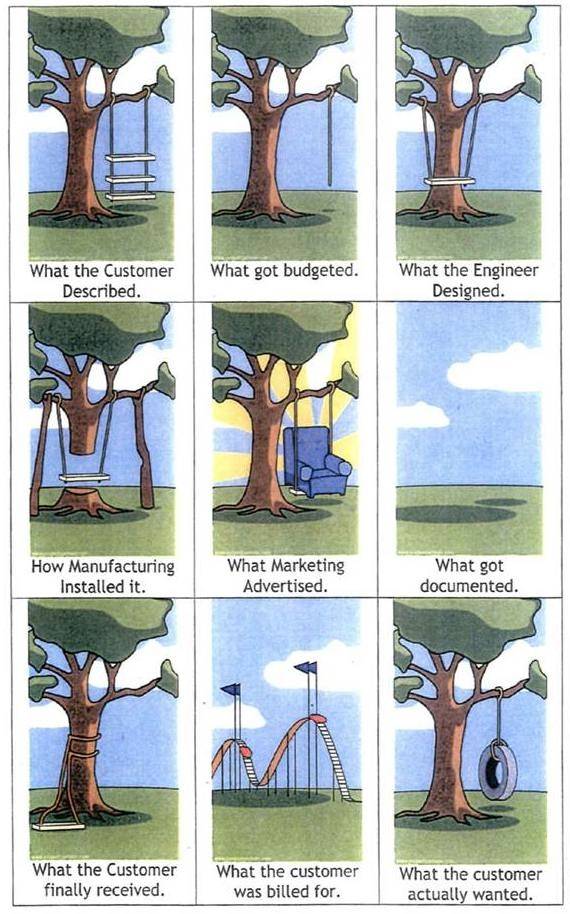 How do I get partners before I have a lot of customers?

This classic chicken or the egg issue doesn’t have an easy answer, but it helps to establish your value proposition solidly and sell that to partners independently of the number of users. Offering up intelligence on user analytics is also a nice way to lure partners in, some said.

Of course, knowing how much of the business is B2B and how much is B2C is critical; one company hoping to dip a toe into B2B was advised to completely shift its business model that direction to have any hope of surviving.

How should I structure my company legally?

There’s also no one answer to this question, but, in Lebanon, mentors advised attendees to register their IP offshore (to enhance the possibility of acquisition by a global company), and expand from there. Companies looking for more help can check out the legal discounts offered on WamdaCard.

By the end of the day, after we wrapped up with a workshop on customer acquisition, entrepreneurs hopefully left with enough advice to bring them through their next set of decisions, and enough of the lunch buffet to last until our next Wamda meet-up.

What questions would you ask at our next event?