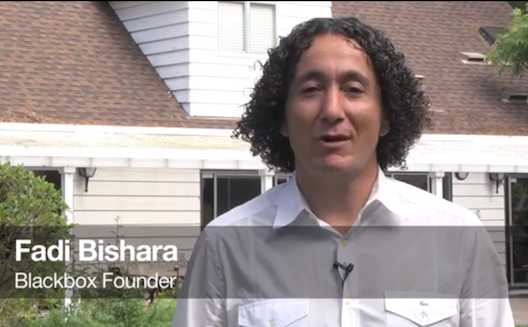 AstroLabs, the startup workshop series, is now joining ranks with the organizations working to connect startups in the Middle East with those in Silicon Valley.

As the Middle East partner for Blackbox Connect's upcoming Silicon Valley immersion program, powered by Google for Entrepreneurs, AstroLabs will be nominating four startups from the Middle East and North Africa to attend a two-week program on March 17-28, 2014.

Of the four, one will be selected to attend, with all expenses paid, including airfare, room and board, and tuition for two founders. Over the two weeks, they'll gain access not only to Blackbox Connect speakers (who in the past have included Dave McClure, Robert Scoble, Tim Draper, and others), but also, on a final Demo Day, they'll get to pitch to a broader community of mentors and investors, and get connected to Blackbox's global community.

Two nominations will be from the group of startups that have been through the AstroLabs Scaling Online Startups program, and two slots have also been reserved for any other promising startups in the Middle East.
Past attendees have called the programs a "transformational experience." This past summer Middle Eastern startup Instabug joined the Blackbox program. Instabug co-founder Omar Gabr shared his experience with Arabnet, saying that it gave the company "great momentum."