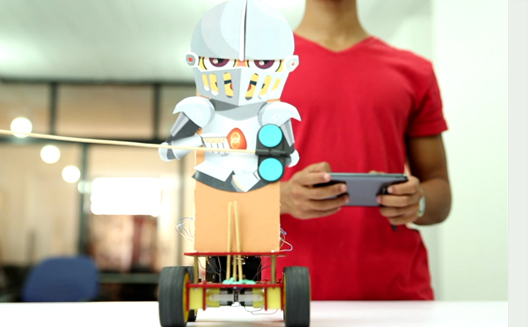 In today’s unstable economic and political climate, in which Egyptian entrepreneurs struggle to achieve success, the founders of the Egyptian startup, Integreight, are getting ready for another battle. Later this month, they are launching a crowdfunding campaign on Kickstarter.

The campaign is looking to raise $10,000 USD for the company’s new product, 1Sheeld, which aims to integrate users and their surroundings through a set of voice and touch commands via mobile. The product is an intermediary between Android smartphones and Arduino, allowing users to establish interactive projects from anywhere, at low cost. 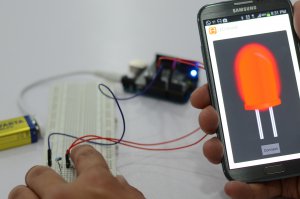 As a medium between Arduino and smartphones, 1Sheeld is considered a revolutionary leap in the technology world. Arduino is an open-source electronic development board that enables makers to create interactive objects and environments. To be connected to the external world, Arduino needs shields, which are boards that plug into Arduino to allow it to interact with external systems, like the internet, speakers, or GPS.

Typically, these shields are expensive, but with 1Sheeld, Integreight built an all-in-one solution that allows Arduino to connect to a smartphone, which can then operate as a variety of shields, using 1Sheeld's mobile app.

The cost of shields is was the main inspiration for Islam Mustafa, one of Integreight’s co-founders and the executive manager of the startup’s technology department, to develop 1Sheeld. His struggle with buying the necessary shields to make Arduino usable inspired him to begin work on an all-in-one solution. 1Sheeld will cost $40 USD, but if purchased through Kickstarter, it'll only cost $20 USD.

The team hopes the Kickstarter campaign will facilitate the product’s journey from initial design to commercialization. They intend to put the first batch on the global market, especially the U.S., after producing it at NOA Labs in China.

This isn't the first round of funding Integreight has received; the company closed its first investment round led by the accelerator and incubator Flat6Labs, followed six months later by a second round led by Cairo Angels. A month ago, Integreight joined the startup project incubator TIEC (the Technology Innovation and Entreprepreneurship Center), also located in Egypt. 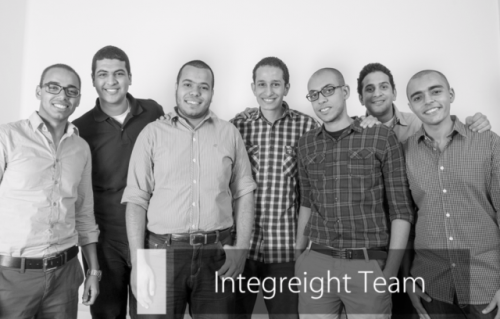 The Kickstarter campaign is an attempt to crown the success the team achieved in the Arabia Pavilion at the TechCrunch Disrupt 2013 conference, held last month in Berlin. During the conference, 1Sheeld won the audience choice award, giving it the opportunity to participate in the “Battlefield” contest. The company then competed with global startups to win the €40,000 prize, the Disrupt Cup, and the title of "Best Startup," all of which helped the founders find the confidence to attempt to storm the global market.

Although Integreight has won several prizes for its other electronics projects, this is the first moment that the company has stood on the global stage. Launched in mid-2012 by eight founders who were classmates at Egypt’s Helwan University (hence the name, which combines "integrate" with "eight"), the startup may just reach its breakout moment with 1Sheeld, if it can appeal to enough Arduino fans.