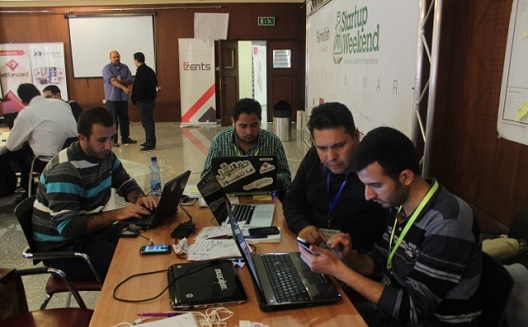 The startup ecosystem in Palestine is maturing, and nowhere was that more evident than at the second Startup Weekend in Ramallah this past weekend.

The event, held in the Ramallah Cultural Palace, attracted an experienced set of entrepreneurs who produced successful prototypes and were able to achieve real sales in just 54 hours. In the words of judge Marcelo Diaz Bowen, “The quality here was very high. I’m ready – right here today – to invest in two of these startups."

This Startup Weekend Ramallah was organized by Yousef Ghandour and Reham Dibas of Fast Forward, a Ramallah-based accelerator, Mohammad Asmar, and Nedal Zahran of Leaders Organization. The winning teams, in order, are:

Several of the teams, including Mashvisor and IOU, even signed contracts with clients or achieved sales as a part of their minimum viable product (MVP) validation during the Startup Weekend itself. IOU signed five-day contracts with Domino’s Pizza and several cafes in Ramallah, convinced promoters at these establishments to advertise the product, and even secured a transaction.

The event wasn't an ordinary Startup Weekend; it was part of the Global Startup Battle, hosted by Seattle-based UP Global. The top two teams from this Startup Weekend and others around the world during this Global Entrepreneurship Week will now compete with each other in the battle, vying for various prizes, including a trip to Google’s headquarters.

Many of the participants at Startup Weekend Ramallah said that this event saw even more energy, commitment, and skill than previous Startup Weekends in the West Bank. Organizers of the event rallied participants under the playful slogan “This is war,” revving up the teams to compete with each other. Most teams stayed up to work until 3am each day. 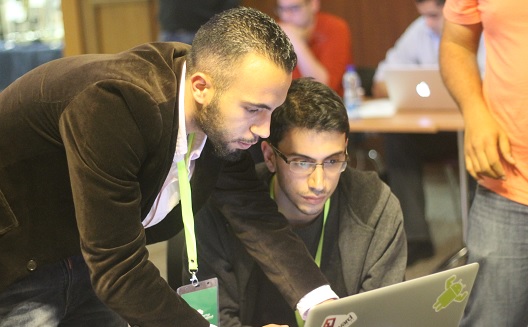 “People are working harder and are more experienced in product development,” said Mohammad Abu Qare’, a member of the IOU team and co-founder of Fadfid, a startup that is being accelerated by FastForward. Other participants mentioned that, since they had been to Startup Weekends before, they knew how important it was to think of ideas before the weekend and find a strong, diverse team – with developers and designers as well as business thinkers – as soon as the weekend kicked off.

The organizers tweaked a few features for this event: they asked participants to vote on the top ideas on the first day and focus their energy on those, screened participants to include mostly working professionals instead of college students, and assigned one mentor to each team instead of having mentors float around.  The latter proved somewhat controversial, with many teams insisting that it was a highlight of their experience and others saying they wished they could have had access to a wider variety of mentorship.

“Our mentor is a guiding force,” said Neda Morrar, director of international corporate communications for PalTel Group. She was a member of the Skueeze.me team, which was mentored by Saed Nashef of the venture capital firm Sadara Ventures, and also brought in revenue during the weekend.  “He is knowledgeable in all areas. Last time I was at a Startup Weekend, we had to go around finding mentors and we ended up lost. This time, the mentor is staying up with you until 3am. You know someone is passionate and wants you to win; their reputation is at stake and not just yours.  It’s a huge improvement.”

“I prefer the traditional way,” said participant Hani Sehweil, software integration engineer at Jawwal. “It allows you to get more variety.”

The final results also stirred up some controversy. The team that won, Aioha, was not one of the teams that brought in sales during the weekend; many participants had expected Mashvisor, IOU, or Skueeze.me to win the competition. Now the winners will receive continued mentorship and support as they enter their startup ideas into the Global Startup Battle to compete globally against SW winners from 200 cities.

And they seem to have a good chance, as mentor Christian Zankoun said at the event: “the level of the ideas and teams coming out of this Startup Weekend are beyond the scope of other Startup Weekends; they took the competition to a whole ‘nother level.”