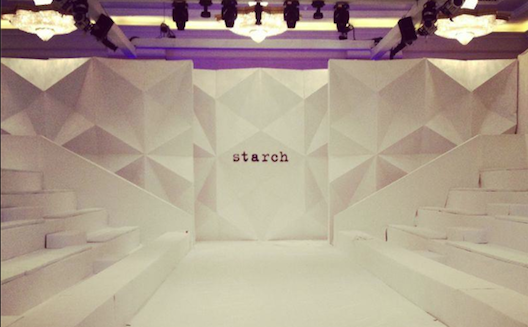 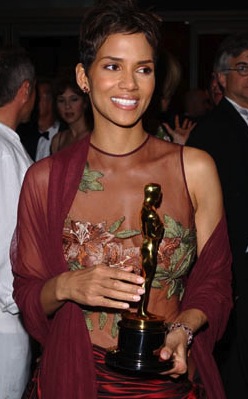 Before the beauty won her Best Actress Oscar in 2002, the Lebanese fashion industry was little known outside of communities of Khaleejis who would travel to the Mediterranean to commission their wedding dresses and evening gowns from couturiers, and the style mavens who attended the rare Lebanese fashion show.

But Halle Berry’s gown, a purple-red number made by Lebanese designer Elie Saab featuring a silk skirt and a sheer, embroidered top, “started a trend for Lebanese designers” in the West, says Jabotian. It was only then that the most successful couturiers in the country began finding it easier to showcase their collections in Paris, London, and New York, and transition into launching lucrative ready-to-wear lines.

Eleven years after the Halle Berry moment, three Lebanese designers are leading Hollywood fashion: Saab, as well as Reem Acra and Zuhair Murad all continue to be fixtures at fashion weeks and on prestigious red carpets the world over.

Yet after their global success, the pattern hasn’t been repeated. If Saab, Murad, and Acra have opened doors with their designs, why haven’t more been able to follow in their wake?

Is it still possible for young Lebanese designers to make the leap from local to international success?

The question doesn’t have an easy answer. While rising local talents, including Jabotian, are maintaining profitable brands, they’re also encountering a market that is completely different from the fashion world that Saab, Acra, and Murad stormed ten years ago.

For one, the economics of the region have shifted. Specifically, Gulf tourism is down, drastically. Initially, the Gulf’s interest in Beirut fashion propelled it to heights unreached in other traditional Arab culture capitals like Damascus and Cairo.

In the light-filled meeting room of his Beirut atelier, Jabotian explains how the Gulf has traditionally looked to Beirut as a chic fashion capital. “Before the war they would come to Lebanon to spend their summer vacations. Lebanon is related enough to Arab culture [for people from the Gulf to feel at home], but also exotic enough to feel like a vacation.”

But this year, 80 percent fewer people from the Gulf travelled to Lebanon than they did the year before. Gulf Arabs “are afraid to come here” because of the unstable political situation related to the ongoing war in neighboring Syria, says Jabotian. But even if there weren’t political violence to worry about, spending is down in general, ever since the 2008 global recession that hit the GCC especially hard. The Gulf economies are gradually coming back, but “people aren’t rich like they used to be,” Jabotian says.

As the market for twenty thousand dollar haute couture gowns contracts, more and more young Lebanese designers are turning to ready-to-wear, designing collections of versatile garments that are produced en masse, rather than one-of-a-kind gowns that might only be worn once. This is not a trend that’s limited to Lebanon: Jabotian reports that “things in fashion in general are moving towards ready-to-wear; things are all about consumerism, fast fashion [like Zara and H&M, etc.]. People are buying things that are more wearable.”

Designers like Milia Maroun have benefitted from this trend. Her Milia M boutique in Beirut’s Saifi Village district has sold diaphanous separates in a spare, modern space since 2003, a successful run for any single-designer shop. Maroun has also recently received a significant investment that will allow her to “set up a studio in the UK and develop the brand’s presence there,” according to her website. Nour Hage, whose first ready-to-wear collection is now available in the Santiago boutique in downtown Beirut, is also – so far successfully – testing Lebanon’s ready-to-wear market. But will they be able to successfully scale?

The biggest challenge facing fashion in Lebanon today is that its infrastructure simply doesn’t yet support the production needed for ready-to-wear. Designers who have the means generally go to Europe to work on ready-to-wear, and come back to Lebanon to make couture gowns. Successful Lebanese designer Rabih Kayrouz told The Daily Star in 2012: “In Paris… I develop my ready-to-wear collection…. And then here in Beirut my time is completely devoted to the clients: special orders, wedding dresses, and evening gowns.” Jabotian himself has started the transition from couture to ready-to-wear: he is currently in discussions regarding the launch of his own ready-to-wear line, to be manufactured in Milan.

This creates considerable infrastructural challenges for budding Lebanese designers looking to keep up with international industry trends. “Big production,” says Hage, “would be impossible in Lebanon.” Hage’s own line comprises only three of each piece; they are hand-sewn by a tailor in Beirut who has been working with garments for over 30 years. Jabotian agrees: “There simply aren’t the machines, the factories, the spaces necessary to create ready-to-wear in Lebanon. Honestly, it would be a huge struggle for someone who wants to be based in Beirut [to] create ready-to-wear.”

Kayrouz has made an effort to personally address the challenges faced by young Lebanese designers in a changing industry. In 2008, he (along with entrepreneur Tala Hajjar and in collaboration with development giant Solidere) established the Starch Foundation, an incubator for young designers that in theory gives them guidance, promotion, and the opportunity to sell their designs for one year at the Starch pop-up boutique in Beirut’s Saifi Village. Jabotian was one of the first designers to graduate from the program – he first sold a piece, a black silk tuxedo jacket, in the Starch boutique – and he credits much of his initial success to the freedom the program gave him to work, as well as Kayrouz’s well-developed networks of fashion luminaries and clients (a list from which he got his first commissions).

According to Tala Hajjar, all 19 designers Starch has launched “have greatly contributed to the emerging independent fashion and design scene in Beirut.” Illustrator and print designer Timi Hayek, one of Starch’s newest artists, tells me that she hopes the program will allow her to make a living from her art – something that, especially in today’s global economic climate, is far from guaranteed.

Jabotian seems poised to break out globally; he may well become the next internationally renowned name in Lebanese fashion. His couture gowns fetch up to $35,000 USD, and his upcoming ready-to-wear line has the potential to support the opening of a standalone store.

This kind of success may be more elusive for designers in the early stages of a career, especially those who are driving the global shift towards ready-to-wear. But initiatives like Starch may also be part of the answer, as they allow more designers to achieve success in their niches. Solutions are available – even if production in Lebanon would be too expensive, other countries in the region, such as Egypt, have factories, machines, and labor that all can be had for much less than in Europe. It’s up to the next generation of Lebanese designers to make the leap.

Nour Hage, for one, is optimistic, as well as patriotic: "I am a Lebanese designer," she says, "and even though my studies and my first job took me to Paris, I still think that my aesthetic is informed by my identity... There's a resurgence of relevance for Lebanese creatives internationally, and I want to be part of that movement."