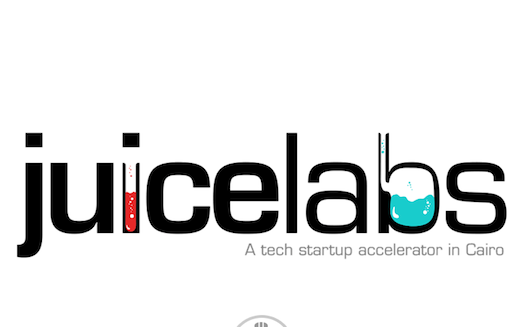 Nearly everything Tarek Nasr has been involved in since January 25, 2011 has been aimed at furthering the Egyptian revolution. Everything, that is, but his just-launched Cairo-based startup accelerator Juice Labs.

“We didn’t start the accelerator to make a specific political statement,” he tells Wamda. “We’re just trying to be a small part of the solution for awesome young Egyptian entrepreneurs working their [tails] off to reach a global platform.”

Cairo’s pool of startup accelerators is building: Flat6Labs dominates the scene, but Nasr says there are some smaller ones “here and there” as well as support from Mercy Corps for entrepreneurs just starting out. The American University of Cairo's Venture Lab also launched earlier this summer, but, he says, the entrepreneurial ecosystem “needs a lot more effort from all the different stakeholders,” in order to make it a viable climate for scalable businesses.

Juice Labs is designed to help create that ecosystem in two ways.

First, it will employ a team of mentors to provide laser-focused advice for a very small number of startups specializing in software. Some will come from Nasr’s other project, ThePlanet, a digital creative agency launched in 2010 that boasts ten full-time experts in the fields of marketing, web development, user experience, online production, and more. Other mentors will be brought in on a guest lecturer basis (“in the Endeavor style,” says Nasr), giving workshops to address specific issues startups are facing. 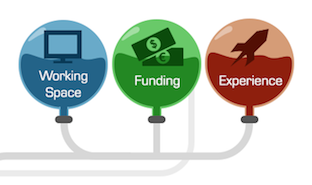 Second, Juice Labs plans to only incubate four startups per year, two every six-month cycle. Each startup will receive US $22,000 in funding, from individual investors, for an equity stake not to exceed 15%.

This small number of startup teams will allow Juice Labs to provide hands-on, in-depth training, to produce teams and products that, after graduation, are sustainable businesses for whom “running around and asking for money will be unnecessary – or at least won’t be a priority.”

The decision to keep the incubator very small stems from experience Nasr has had personally speaking at conferences or incubators: “With 30 teams in a room during a session, it’s impossible to tailor a talk, so the discussion is very general. This is good for general knowledge, but it’s not always the best way to go. For people who are actually trying to practice what people are telling them, it’s very difficult to do so based on a general session.”

Juice Labs’ focus on software is also a calculated move. ThePlanet is, in his words, “good at software, and good at creative solutions.” If he is to provide the most useful help to the maximum number of young Egyptian entrepreneurs to boost the Egyptian startup ecosystem, it makes sense that they should be focused on something he’s not only familiar with, but at which he excels.

Again, Nasr's broadest vision for the accelerator- and he's not alone here- involves directing some of the revolutionary energy generated in Egypt and channeling into economic empowerment. “In Egypt,” he says, “we’ve been trained to go to university, get married, get a job at a multinational getting paid lots of money (if you’re lucky), work for someone else your whole life and not have control over the kind of work you do. Choosing to throw that away and build your own startup is in itself quite revolutionary.”