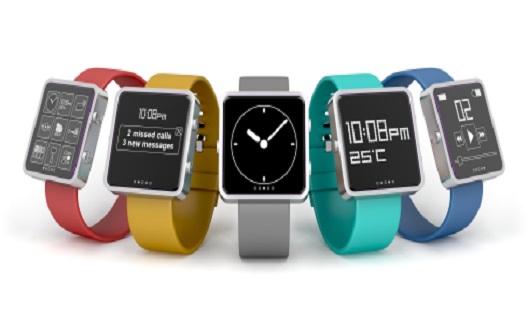 From Google Glass, and wristwatch Pebble to swimming hardware Instabeat, smartwatches, smartbracelets and smarteyewear are creating a new market. Whether they will become as mainstream as smartphones (or replace them one day, as smartphones are beginning to with regular mobiles) remains to be seen.

A recent study on Business Insider shows that wearable devices are set to skyrocket, growing from 14 million devices in 2011 to an expected 171 million by 2016, as medical and fitness wearables in particular become wildly popular.

One trend in this niche is smartwatches, which mostly build from the functionality of smartphones. Lately, it seems like everyone's launching one. Here's a look at some of the most popular ones:

These are just a few of the most popular; for more on niche smartwatches, including a few failed ideas, check out this list of 16 smartwatches to look for.

It’s all about the fashion

Part of what will make these devices so amazing to use is the functionality; by adding the ability for Google Glass to stream music from Google Play or incorporate with Nissan cars, Google is continuing to advance our ability to create a new sense of reality.

But another basic factor, especially for smartwatches, is design, and even the fashion; no one wants to buy an ugly or clunky wearable, no matter how great its functions are. Apple for one, has demonstrated its investment in aesthetics by hiring Burberry’s CEO Angela Ahrendts to be Senior Vice President of Retail and Online Stores.

Fashion is also the center of attention for the creators of MEMI, a bracelet for women that replaces the smartphone's big screen and "geek-centric design" with a slim design that notifies you about important phone calls by vibrating silently on your wrist.

These wearables are cool and trendy, but if they're even intended to become more popular than smartphones, they may need to have a competitive edge; will users want to invest in devices that merely extend the functionality of their phones? Or will they demand that wearables involve more sophisticated features, like self-tracking? Which wearables would you buy?