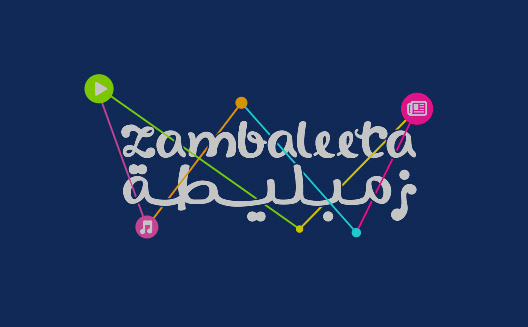 New music app Zambaleeta intends to corner the mobile music market in an old-fashioned way: by taking the fight offline.

As smartphone penetration in the Middle East has skyrocketed over the past few years, demand for downloadable entertainment content, especially music, has led to fierce competition between a number of regional (for example Anghami and Yalla Music) and international startups (like Deezer) fighting for the lion’s share of the electronic music market.

Zambaleeta, an e-content store that just launched in Egypt, is looking to open new doors for smartphone users by selling prepaid ‘Zambaleeta cards’, giving them a month’s access to a content store. Zambaleeta’s store covers a variety of entertainment formats, including news, music, ringtones, videos, and applications, all for a relatively low monthly flat rate. Cards will be available through a network of distributors for 10 Egyptian pounds (around US $1.40 US).

Zambaleeta means ‘cheerful loud noise’ in Egyptian Arabic, and that's exactly what the app’s team of partners, led by Ziad Ali (founder and the CEO of ALZWAD for mobile services) is looking forward to achieving with his new venture.

After the startup's founders inked deals with a number of content providers, including news agencies, Rotana Media Group, and Mazika, the app was launched on November 17th. “We have ongoing long-term deals with content providers,” Ali says. He proudly downplays the challenges his app faced in getting the attention of regional content heavyweights: “Because Zambaleeta is a fun and novel way of distributing content, making these deals possible was easy.”

While Ali believes Zambaleeta is already “unique and innovative,” his team is careful to elaborate the ways they plan to distinguish their products from competitors like Anghami. One differentiating factor is the prepaid card model, which the founders hope will draw the attention of passersby picking something up in a corner store, or doing their grocery shopping.

Despite its founders’ confidence, it seems as though Zambaleeta will require some work to secure its place in the content market, as its competition offers highly competitive packages, including completely free, ad-supported content – and already has a wide customer base.

Zambaleeta is currently available for smartphones and tablets running Android and iOS. Thirty ALZWAD employees are currently working on the project, including developers, management, and marketers. The product team hopes to make the app smarter, and more attractive to customers, by adding additional content formats like games. Ali also notes his team’s plan to expand throughout the Middle East.