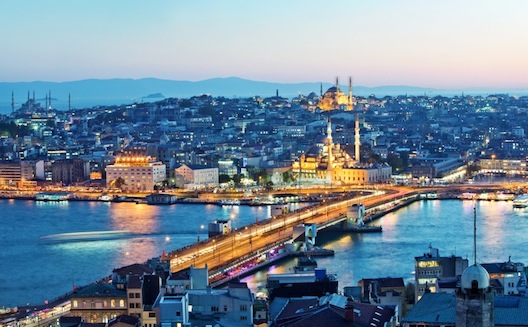 Excitement about Turkey’s startups hit fever pitch last year. This time one year ago, The Economist anointed the country’s startup scene as “The Boom on the Bosporus.” Two years ago, Turkey’s “internet Tiger” was hailed as a golden investment opportunity at the DLD conference in Munich, Germany.

Yet all that glitters is not gold. Just nine months after asserting that its crowded startup sector held promise, The Economist listed Turkey as the world's most vulnerable emerging market to a freeze in capital inflows.

Now, that reality is setting in. The political corruption scandal that began on December 17th last year cost the Turkish economy $100 billion in one week alone and saw the lira plummet against the dollar and euro to historic lows.

Yet it was enough to make foreign investors flee the market, and it even rattled hardened locals, who were used to the booms and busts of the bad old days before the 2001 domestic crash.

The decision by the US Federal Reserve on December 19 to “taper” its bond-buying, although expected, only compounded the evacuation from Turkey– one of the emerging markets that Morgan Stanley has dubbed the “fragile five” in August 2012, along with South Africa, India, Brazil and Indonesia.

Zeybekçi’s response wasn’t foolhardy, however. In almost 10 years, GDP per capita has more than tripled under the current government, from $3,553 in 2002 to $10,524 in 2011. This has come with average annual real GDP growth of 5.2% over the past nine years. The government wants Turkey to be one of the world’s top 10 economies by 2023, with a GDP per capita of $25,000. What it is doing to get us there is altogether more opaque.

Before we take a breath ourselves, let’s compare the $100 billion loss with Turkey’s measly gross domestic expenditure on research and development of $7.25 billion in 2012.

While Zeybekçi was assuaging investors’ concerns, many entrepreneurs are already changing their short-term strategies to survival mode and maybe many more have postponed starting a company for a couple of years.

Overall, the whole entrepreneurship ecosystem probably lost up to three years of growth and improvement because of the economic pit stop.

Research by the IESE Business School on countries’ attractiveness for venture capital (VC) and private equity (PE) firms shows how the ranking has changed in the past three years for the "fragile five": Turkey has fallen the most.

Although this looks alarming from the outside, entrepreneurs in Turkey are used to unstable economic conditions and a weak ecosystem where anything can break at any time. For numerous reasons, Turks’ responses to economic crises are more resilient than their developed-world counterparts, where economic stability is almost a given. They include a historic mistrust of banks, the anticipation of cyclic crashes and relatively low rates of personal debt, which has been steadily climbing to worrying levels relative to wage rises.

Ersan Ozer, an icon of the Turkish Internet start-up ecosystem since 1999, says he has never been hopeless about his companies, however. “If you work in an unstable economy like Turkey, you experience crises… The sole focus in such periods should be surviving. Nothing else.”

Ozer’s comment may be realistic, but even if entrepreneurs know how to survive in down-periods of emerging economies, it weakens their ability to compete in a global market. This is one of the key reasons why we see very few examples of world-class success stories from emerging markets. Chaotic conditions allow entrepreneurs to make only short-term strategies.

Cem Sertoglu, parter at Earlybird Digital East Fund (EDEF), an early stage venture capital firm focused on Central and Eastern Europe and Turkey, says that the firm remains committed to and excited about investment opportunities in Turkey, despite the recent political turmoil.

Whether optimism or pessimism pervades among the country’s investors, it’s clear that the recent troubles have brought entrepreneurs in Turkey back to a reality that many of their peers in emerging markets face; they are forced to focus on solving market-specific problems and developing short-term strategies to survive. Being a successful entrepreneur in this environment requires knowing how to handle troughs.

In the end, what happened since August in the Turkish economy may not make a large difference for entrepreneurs in terms of their mindset. The only issue is the time lost on the way to becoming global players. They dream for the days when they can spend most of their energy on their work like their counterparts in the developed world.