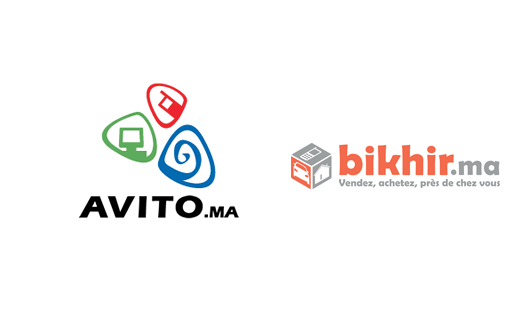 Nestled in the Schibsted Media Group’s Q4 financial statement is some very interesting news for the online classified ads market in Morocco: the Norwegian group plans to connect Bikhir, their classified platform in the North African country, with its biggest local competitor, Avito.ma.

Avito.ma, the current market leader, made a splash with its rapid rise in the market; last May, it had already hit 3.2 unique visitors a month, and estimated that in 2014, it would faciltate 16 billion MAD worth of transactions- which will represent 2% of Morocco’s entire GDP.

Local outlet Casapost reports that the merger is actually an acquisition, with Bikhir intending to acquire Avito.ma, yet Wamda was unable to independently verify this information.

An acquisition might make more sense than a merger, as both leaders are each backed by a capital-rich holding company that has been gunning to control the market. Moving to acquire Bikhir would be in alignment with Schibsted Media Group’s effort to consolidate the online classified ads market, with a focus on Africa; the group, which already owns classified ads platforms in Tunisia, Algeria, Egypt and Nigeria, also recently acquired Spanish classifieds platform Milanuncios.

Either way, the merger could mark beginning of a tough year for MarocAnnonces, the veteran classified site in Morocco. Launched by Casablanca-based Tajdine Filali back in 2000, the pioneering site is now solidly an underdog, but could very well eke out a profitable path as a healthy alternative, the David to Avito.ma and Bikhir's Goliath.

For Avito.ma CEO Eyass Shakrah, the biggest winner of this deal is possibly the Moroccan classifieds market. After confirming the merger in a post in Morocco's Startup Your Life community, he posted, "Can't reveal any details at the moment, but one thing is certain. The Moroccan classifieds market is definitely the biggest winner, with what will hopefully be a strong and unified platform."

The combination of Avito.ma's focus on mobile and Bikhir's plethora of partners- along with the two sites' combined traffic- could make for a powerful market leader. Yet, if the sector approaches being a de facto monopoly, it could reduce the amount of choice available to customers. None of these three sites has a killer interface, a problem that plagues much of the classifieds sector. With a focus on innovation, sites like Maroc Announces could stand a chance.