“Rocket Internet has inspired many people to launch their own startups,” says Anirudh Gupta, a former employee at Namshi and Mizado - himself included.

After moving to Dubai over a year ago, Gupta joined Rocket’s company Mizado, only to see it shut down three months later. Witnessing how the startup had to fire 100 employees in one day exposed him to the tough side of launching a startup. “This gave me perspective on how quickly things can change at a startup,” he says.

After the closure, Gupta moved to Namshi, another Rocket Internet company, where he worked as a resident entrepreneur, project leader, production team manager, and helped set up a new warehouse, among other responsibilities. Throughout his journey with Rocket, he was exposed to the fast and quick changing pace, which he thought was “pretty crazy and fun.”

After getting some insight into the internet industry with Rocket’s companies, Gupta thought he was ready to go solo. So he left the German company in June 2013 and returned to India to launch Tripoto last October with his partner Michael Lyngdoh.

Tripoto is a crowdsourced platform that allows travelers to post about their itineraries and allows locals to offer tours or trips for tourists. It has so far around 4,000 contributors who have submitted 2,000 itineraries; only between 500 and 600 were published, though, because the team wants to ensure quality. Now, the website sees an average of 2,000 daily visits and has gained a community of loyal contributors and customers. Part of this following was engineered by the co-founders, who began contacting bloggers before launch, managing to attract some actors and sports celebrities, Gupta says.

Their small team, of part-time writers, edits posts and follows up with contributors. They also have a full-time designer and a social media manager.

There are two types of unpaid contributors on the platform: certified travel experts and regular travelers. Regular travelers are only allowed to post itineraries on the platform, rather than tours with travel experts that can be booked. Tourists and users may be skeptical about the prices, as they are set by individuals rather than agencies, but Gupta asserts that “if people set the prices too high no one will come. We try to guide them to set a [reasonable] price.” 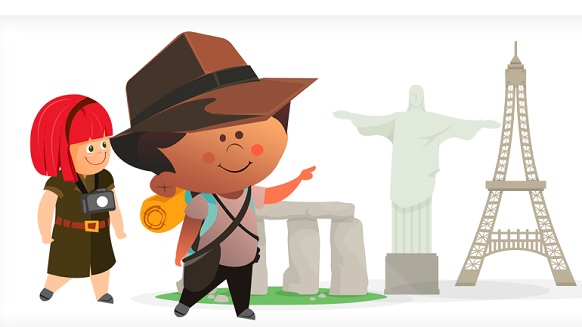 The team conducts rigorous quality control to make sure travel experts they feature are, in fact, experts. In order to be featured as a travel expert, users must fill in an application then conduct a Skype interview with the co-founders to speak in detail about their travel and guiding experience.

In the coming days, the company will be launching a points system where contributors will get 50 points for each itinerary they post, redeemable on any bookable trip. So far, the prices are set in different currencies but in the future they will use users’ IP addresses to determine the right currency. “If you log in from the US, you’ll get prices in dollars,” Gupta says.

Tripoto is still bootstrapped and only makes money by taking a 15% commission from every trip booked on the platform. Over the next six months, the owners will be looking for investment. So far, the most searched places on the platform are India then the U.S. In the future, Tripoto will aim to have a presence in countries in the Arab region, and increase the presence of its contributor communities on the ground.

Among the other platforms trying to promote the experience of travel, there’s Tripline and Maptia, two platforms that aggregate travel stories and allow users to create maps based on the places they visit, and Vayable, which is a marketplace for travelers.

These platforms are global and allow anyone from anywhere to post their trips. Their offline, on-the-ground presence however is rare; that’s a competitive edge Couchsurfing, the mega-successful online juggernaut that allows users to offer their couches to travelers, has over them. I used to attend some of the Couchsurfing official weekly meetings where tourists and members would get together to talk, share their travel experiences, and maybe plan a tour for the upcoming week. Aside from its strong offline presence, Couchsurfing wins your confidence by being transparent. Users can rate others, recommend them, and message them privately. And if the recipient doesn’t reply, that’ll show on his profile. “We want couchsurfers to be on our platform,” laughs Gupta.

Overall I was really glad Gupta invited me to introduce the Lebanese community to Tripoto and share my own travel experiences. I loved the platform and found it to be simple and clear, and the cartoon graphics of the female and male tourists here are just too cute.