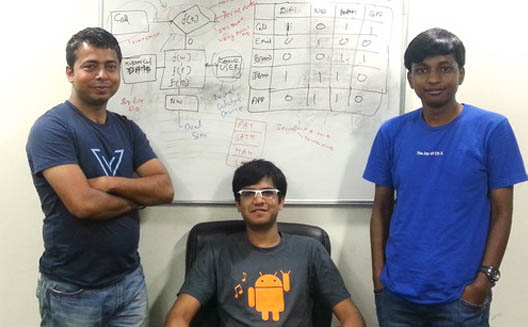 Smartphones make life a lot easier, socially and professionally. But, thought Indian mobile app developer Prashant Singh, how much easier would it be if you could program your smartphone to make decisions for you? He, along with two friends, has developed an app to do just that, called Shifu.

Shifu is an intelligent personal assistant who, by combing through data on your phone, understands your priorities, your schedule, and your preferred activities.

What's more interesting, however, is that Shifu has been getting a "significant chunk" of downloads from the Arab region, despite the fact that it's currently only available in English. From the feedback users have been giving, it seems what makes this app appealing for users in the Middle East is that the rhythyms of life here don't always correspond to a rigid time-table. People here prefer a more flexible way, a time-table that adjusts to their schedule, not the other way around, Prahasat guesses.

"Most people in the Middle East use Shifu to create WiFi and location-based reminders, whereas across the world the two biggest use cases of Shifu is to create reminders based on time and location," Singh says, in explaining how usage patterns of Shifu are different in the region.

An engineering graduate, Singh previously founded Delhi Mobile Monday, an industry association for mobile developers, and has also worked for Spice Labs, an Indian mobile app development company. Singh has been working on Shifu, along with two other friends, for a little over a year now.

In addition to Singh, the team behind Shifu has three other members, the two other co-founders and one designer. The company operates from the city of Noida, a satellite town near the capital city of New Delhi, in India.

Singh was inspired to launch Shifu while working on his previous job at Spice Labs. Engagement rates with the apps they developed were not good, so they looked at their active usage patterns and came up with an idea; They sent a push notification to every active user during the peak usage hour. It worked; page views went up threefold within a week.

Singh applied what he learned to Shifu: "You need to nudge people at the right time, and they are willing to take the cue and act on it," he says. In the same fashion, Shifu can also remind users of things to do based on where they are, which networks area vailable, and what calls they've been making.

Having launched six months ago, Shifu is currently available only for Android, and has been downloaded more than 50,000 times. Singh is proud of their international user base, and he tells me the majority of their users come from India, the U.S., Brazil, Russia, and the Middle East.

Shifu does not have any definite business model as of now, the team is focused on building the product first, and providing excellent service to their users. "We will figure out a business model once we have scale and product market fit," says Singh.

A long roadmap of features and enhancements awaits Shifu, Singh says: "We are only scratching the surface of what can be done with Shifu." The team is currently working on expanding their device coverage, getting their user experience right, and expanding their user base globally.