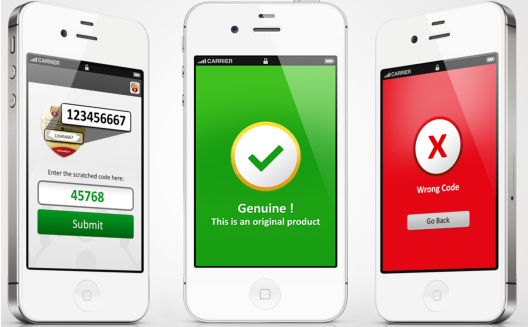 When Tamer Ahmed was a child, his three year-old sister died because she had been given a counterfeit vaccine. Years later, still reeling from the loss, he and his partners Mohamed Hal and Mohamed Al Mughni, launched Asly from Egypt in an attempt to ameliorate this region-wide problem.

The startup Asly wants to “offer a radical solution to the problem of fake products, and make the MENA region the [safest] shopping place in the world.”

This goal, without any doubt, is very ambitious, especially given the statistics. Ahmed tells me that around 50% of pharmaceuticals in the Arab world are fake; 40% in Saudi Arabia, more than 50% in Egypt, and between 20 and 25% in the UAE. These frauds not only lead to needless deaths, especially in the case of fake malaria pharmaceuticals, but they also cause financial losses for pharmaceutical companies

Also, according to Ahmed, counterfeiting leads to increased regional unemployment: “Due to counterfeiting, companies can’t employ and expand in the region.” He says this has lead to a significant “increase of the unemployment problem.”

Asly’s primary clients are companies. Ahmed explains: “we are more like a cloud service that offers monitoring in less costs.” Instead of hiring designers and programmers, Asly offers the whole service.

Asly, which means ‘genuine’ in Arabic, Indian, Farsi, Urdu, and Turkish, provides codes to pharmaceutical companies that can be applied to their products. The service is available in two ways though mobile.

First, consumers can scratch to reveal the code, send a message via text, and wait for the answer. Ahmed believes this method will be the most popular and widespread, especially in countries with low internet penetration (only 20% of Egyptians have internet access).

The company is developing a second way that will be available soon: a mobile app. This way, the user takes a photo of the code via the app and receives the answer.

Asly started working with customers in the pharmaceutical sector, and has now moved to spare parts. Someday, its activities may also be expanded to cover sectors like luxury goods and food. 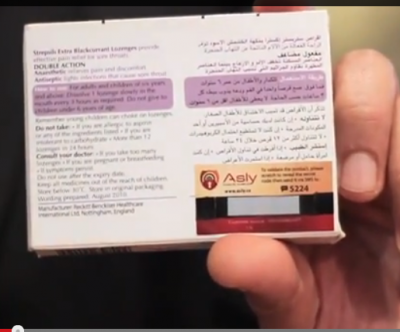 Asly launched in Egypt in 2012, with a bootstrapped budget of $50,000 USD. Immediately after launch, its founders began looking for additional funding by participating in many entrepreneurial competitions. They won second place in the SME Congress and Expo, but the prize wasn’t enough.

Then, Dubai-based i360 accelerator DP World Turn 8 offered Asly a five-month incubation program in September 2013. Ahmed says: “We wanted to come to Dubai because it is the hub of companies and trade. It also has a clear vision to become the world’s best shopping center.” Also, the atmosphere in Dubai was – and is – much more favorable to business than Egypt.

The incubation as well as the Turn 8 Demo Day contributed to increasing the investment opportunities that Asly is looking for, Ahmed says. It also paved the way for negotiations with several investors, including VCs. According to Ahmed, the ideal investor is the one that already has a trademark. This person may become the investor and client at the same time.’

Asly aims at making profit – an attainable goal given that just a few clients would be enough to generate profit. Asly’s founders are also interested in working with regional governments to limit counterfeit. Asly is currently in talks with the UAE government who might impose a fine on the consumer who buys fake products. Finally, Asly wants to work with multinational corporations. The founders recently entered talks with Philip Morris in the U.K. “The tobacco company is interested in our service because one third of cigarettes in the UK are fake. Imagine, we’re only talking about one sector!”

Meanwhile, Ahmed has short-term ambitions: to serve 20 countries in the region within three years. But first, Asly must address many challenges like convincing companies of the importance of its service and promoting awareness to consumers regarding this widespread phenomena and its impact on their daily life.