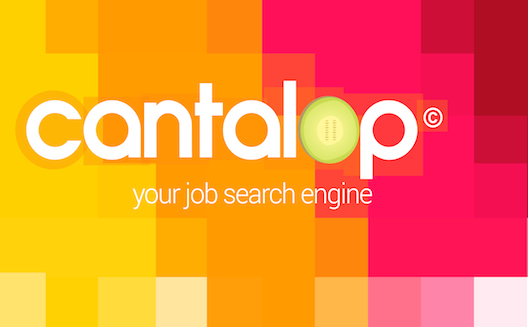 Unemployment is one of the biggest crises currently facing both the government and the public in Egypt, especially with the closure of many large companies in the wake of the political turmoil that followed the revolution.

As has always been the case, crises inspire entrepreneurs to come up with innovative ideas to address the issues at hand. In the past, the issue of general regional unemployment has inspired entrepreneurs to launch such successful recruitment sites as Bayt.com, Wuzzuf.net, and Nabbesh.com.

But Karim Al-Halwani, founder of Egyptian job search engine Cantalop, has a different view of how to address the problem. Having studied the Egyptian job market for a whole year, Al-Halwani determined that he wanted to “provide a technical solution that gathers vacancies from all specializations and categories under one roof”.

The concept for Cantalop, which Al-Halwani launched two months ago in beta, was to use “an algorithm that gathers all vacant positions from companies’ websites,” says Al-Halwani.

When developing the all-important algorithm, one of the main challenges Al-Halwani faced was how to avoid certain posts, like jobs posted on more than one site, as well as ads on recruitment sites. This challenge drove Al-Halwani to focus on job openings posted on the main websites of large companies, while offering others the opportunity to manually post on Cantalop.

The name Cantalop might seem irrelevant to a job search engine. Al-Halwani clarified his rationale, saying “it has a marketing aspect that attracts visitors to find out what Cantalop has to offer, as well as a scientific aspect, as the cantaloupe fruit is known to reduce tension and anxiety.” He continues: “Since the job seeker is often under much stress, I invite them to search for opportunities through Cantalop which promise to be different from all other recruitment projects, whether in terms of its name, design, or even concept.”

Cantalop is, in fact, different from typical recruitment sites with its cheerful colors. Also, signing up takes only about three seconds, as you can sign up using your LinkedIn account.

Cantalop targets job seekers with outstanding educational levels such as international university graduates or advanced degree holders. Some say these are the groups that face the most difficulty in finding jobs that match their qualifications and experiences.

Al-Halwani plans to officially launch Cantalop in October, allowing for companies to pay to list jobs they’re trying to fill. “Subscription will be available in packages that match various company sizes, so that everybody gets to be part of the search results,” says Al-Halwani.

Although the site is still new to the scene, it has already been able to draw 35,000 visitors to the site and gather some 6,991 fans on its Facebook page.

Until now, Al-Halwani has been relying on his personal savings and he is not currently seeking to draw any investments. He prefers to wait until his project is more mature before trying to get venture investment that would allow him to expand regionally. “My next step would be to expand in marketing, get investments, and then expand regionally. I strongly believe in getting one’s affairs in order [before taking the next step]” says Al-Halwani.

Al-Halwani’s background in the recruitment field seems to be an important factor for Cantalop. He is the founder of job placement company Career Service, which successfully operated in Egypt from 2006 to 2012, until the economic situation took a downturn in the wake of the political turmoil after the revolution.

He decided to try his luck one more time with in the recruitment field, this time with a digital approach. Al-Halwani says “digital technologies have had a huge role in companies overcoming geographical barriers and reaching larger segments of customers.”