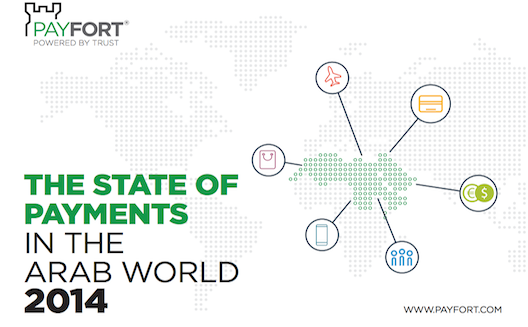 The report comes after Payfort’s announcement that the percentage of successful transactions on its platform reached 85%, the equivalent of $800 million USD in one year alone.

Over the past year, the company has issued a new batch of e-payment solutions, products, and services, including PAYatHOME and PAYatSTORE, in an attempt to diversify its offerings to meet changing customer requirements and promote the adoption of e-commerce among businesses and customers.

Payfort’s report also coincides with the first anniversary of the launch of its services, which the team first began offering in the United Arab Emirates before expanding to Saudi Arabia, Egypt, and Kuwait. Therefore, the report is focused on these four markets.

The report also analyzed the prevalence of e-payment and e-commerce throughout the region, as well as users’ preferred payment methods, and transaction patterns for men and women, different age groups, and geographical location.

In its report, Payfort reviews the growth of digital payments in the region, in parallel with the tremendous growth in the number of internet users from 16 million to 90 million users between 2003 and 2012. Further, the e-commerce sector alone grew by 45% in just one year (2011-2012).

Reflecting the regional spread of smartphone culture, the report devotes a section to mobile e-commerce, predicting that the transactions via mobile will increase to $3 billion USD in 2015, increasing from $900 million in 2012.

The report also discusses the tourism industry, describing it as one of the fastest growing industries in the region. The growth of e-commerce has factored into the growth of tourism, thanks to the spread of e-booking and the launch of e-payment gateways by major airlines and tourism and hotel companies around the world.

Perhaps the most significant thing in the report is the emphasis on the concept of multi-channel commerce, concerned with monitoring the behavior of consumers who complete transactions through more than one channel including digital platforms and maybe even actual stores. Studies of omni-Commerce, as the idea is known, aim to change the perspective of the consumer and encouraging them to research and complete the purchase transaction through digital channels of various kinds.

Looking to the future, the report tackles a number of payment methods that are expected to shape the future of payments in the region and the world, including phones that support (Near Field Communication) NFC technology and facilitate connection to an ATM through a mobile phone, as well as biometrics technology which automatically verifies a person’s identity based on unique physical traits stored on a digital system including fingerprints, iris scans, and voice-prints.

Will Payfort succeed in promoting the e-commerce concept and extend the scope of digital transactions in the region throughout the upcoming year in order to complete what it started last year?