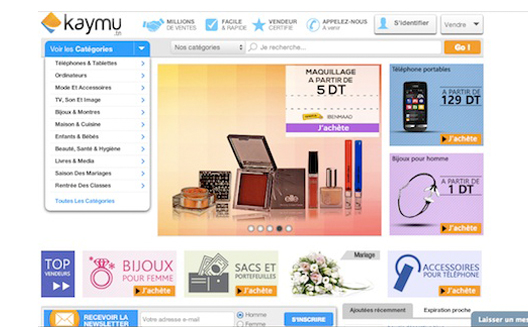 When we hear about Rocket Internet, it’s usually related to massive fundraising, aggressive strategies, and management style (check out our coverage of the various Rocket Internet’s stories here). What we tend to miss is that Rocket Internet’s companies are also startups, with team members working hard to educate and conquer new markets.

For Fanny Ponce, the North Africa Manager of Kaymu, the forefront marketplace in Africa, which belongs, like Jumia, Hellofood, Lamudi, Carmudi, and Jovago, to Africa Internet Holding (AIH), the joint venture launched by Rocket Internet in Africa and African telcos MTN and Millicom, the pressure and the insecurity are as intense as in any other startup.  She agreed to talk about Kaymu’s challenges and success in Morocco, Tunisia and Algeria.

First: train and educate the market

The originally Nigerian website, launched in October 2013 in Morocco and in January 2014 in Tunisia and Algeria, aims at becoming the African eBay. To do so, it has to attract a good number of serious sellers.

Once the teams have convinced small shop owners to join the platform, they still have to train them to online sales, something few know how to do. “We spend a great amount of time training sellers,” explains Ponce.

The former consultant, originally from France, has put together local teams in each country to train sellers in person, she says. This may not be scalable, but it’s an indispensable step for Ponce. She believes that if the trainings are done well, and paired with a strong community of sellers, they can lead to sellers training fellow retailers themselves. “Our goal is for a seller to eventually organize, themselves, a training session with other sellers in their neighborhood,” says Ponce, before happily adding that this has already happened once in Morocco. 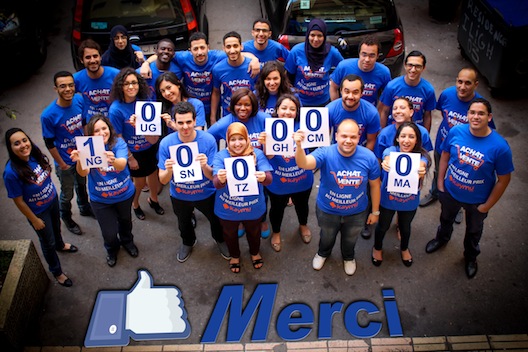 To help facilitate this, the Kaymu team has started organizing ‘Kaymu Universités’ in Morocco and Tunisia, meetups during which sellers discuss pre-determined topics. To make sure sellers get engaged, the Kaymu teams always make sure at least two well-trained sellers are there to take the lead.

The real challenge in these countries, where people are not used to talking about their businesses, is to get people to share. One of the solutions, explains Ponce, is to carefully select participants, notably to avoid the presence of two competitors at the same time. Another is to make sure retailers understand they’re pioneers of online sales, and that they have to stick together if they want to find solutions to their problems, she adds.

A lack of trust and issues surrounding payment are two challenges most e-commerce players complain about, yet for Ponce, they are non-problems.

She believes Cash on Delivery (COD) works just fine. The company has developed Safe Pay solutions, through which payment is only charged after the delivery, but people still prefer COD. This Safe Pay system is only available through banks and postal transfer for now, but Moroccans should be able to pay with credit cards soon. 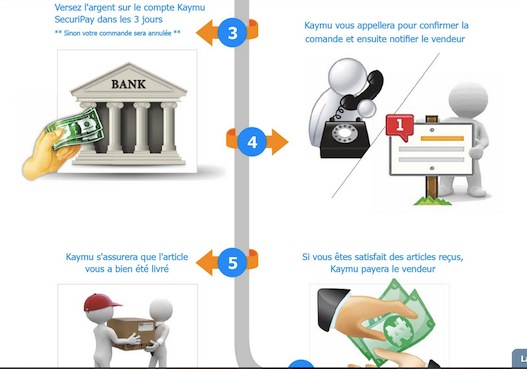 These payment solutions contribute to building confidence, but are not the main reason why trust is not an issue at Kaymu, believes Ponce. The main reason is that there’s no risk for the buyers since they only get charged after the delivery. They order, if they get the product, great; if not, they haven’t lost anything. For the seller, things are a bit different. They have to send the products even if they don’t know if the seller will buy it. But, adds Ponce, they are retailers, and they are used to taking risks, and they can rely on Kaymu to be an intermediary. If we believe her numbers, she might be right.

Growing a user base in the Maghreb

Kaymu already has more than 2,000 sellers in Morocco, and almost 1,300 in both Algeria and Tunisia. Most of them were brought in directly by the Kaymu team, others signed up online following online communication campaign. Even though she doesn't believe in the efficiency of billboards and radio spots, they have done a few targeted offline campaigns, mostly street marketing and activities at universities, which have so far been successful, says Ponce. These customer acquisition strategies have been a success because they were customized to fit each country’s specificities, believes the manager.

“These are three completely different markets,” she explains. “Morocco is an almost mature market when it comes to web. People know how to use the internet, know what online shopping is, and it’s much easier when it comes to growing the seller base. In Algeria, educating sellers takes more work, but they’re also more excited, and the market is still untapped.”

Algerian retailers’ excitement was such that the company couldn’t keep up, after the team began marketing the service last March. “It went too fast,” Ponce explains, “we received too many demands [both from sellers and buyers] and our offer wasn’t ready yet. It was crazy.” The team had to slow down its marketing campaigns to take the time to properly train the sellers looking to get on board. “The sellers are particularly conscientious,” she adds, “this is great for the quality of the offer, but this requires a lot of time […] because sellers are not yet autonomous in Algeria,” contrary to Morocco where they know how, for example, to handle their stock, she says.

The company is now ready to go back to its original marketing plan, and, starting September, the company will give a major boost to its user acquisition strategy, with aggressive online campaigns and new seller referral systems.

Being part of Rocket Internet, an advantage?

Implementing such an aggressive communication strategy is a clear benefit of being part of Rocket Internet and AIH. So does sharing offices, and good practices with other Rocket Internet companies like Jumia in Morocco.

But Ponce wants to make something clear: neither Kaymu or Jumia are safe. We know how fast Rocket Internet can shut down websites that don’t pick up in the first months, or offer the promise of quickly succeeding. “Everything can stop overnight,” concludes the manager.