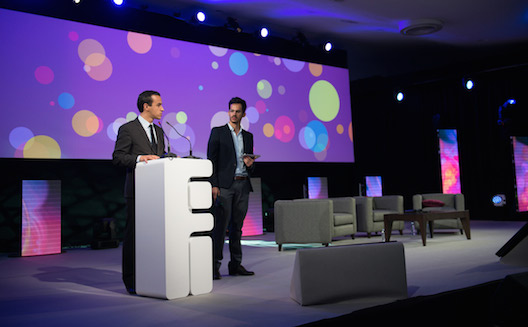 The 37-year-old Algerian success story can back it up. In four years, he started what is now Algeria’s first communications agency, Allégorie, and cofounded the TED-style conference Fikra that brought together 1,400 Algerians last year. This conference, which aims at inspiring Algerians to think positive, and take action to improve their country, has been a clear success.

But then, why does Algeria have such a bad reputation, both within its borders and outside? And what can be done to boost entrepreneurship and innovation in a country where the dream career of many is still a stable job with the government? Lerari has some ideas.

No sense of collective success

According to the entrepreneur, the country’s main problem is its lack of confidence. “No one can deny that there are some success stories in Algeria,” he says. “But when it comes to collective success stories, even though they are colossal, they are not getting the recognition they deserve.”

Lerari isn’t short of examples of Algerian-made success. “Today, we’re in water supply over-capacity; all the international organizations have been congratulating Algeria,” he says. Another water victory has been the amazing work Algerians have done to bring water to Tamanrasset, a city 1,500 meters high, in southern Algeria’s Atlas Mountains. “This is a project applauded throughout the entire world. National Geographic and Ushuaia have covered it, but Algerians don’t even know anything about it.”

“It sickens me to say that there is no sense of collective success. This is the main problem this country has to fix.” To address this, Lerari and cofounder Marhoun Rougab decided to build Fikra.

In 2012, the two cofounders, moved by the desire to inspire people, started Fikra, which means ‘idea’ in English. Two years on, Lerari is still enthusiastic when it comes to the conference. “I love Fikra, it’s my favorite topic,” he gushes. “It’s one of the only places where you can meet philosophers and ministers [in the same place].”

The entrepreneur admits that it wasn’t easy to explain the concept of Fikra in its first year, and to convince high profiles to join an event whose only theme was sharing inspiration. Yet, “it received a nice welcome, but mostly, it has been rejuvenating, and has created collective optimism.”

Participants at last year's event showed an unbeatable enthusiasm and boost in motivation, and many organizations went on to organize conferences to share their inspiration and continue the dialogue.

The slow awakening of entrepreneurship in Algeria

Fikra is far from being the only event promoting change, and entrepreneurship; TEDx, Startup Weekend, Mobile Day are three among many others. But despite these efforts, the country has still produced few startups.

“Entrepreneurship is a new thing in Algeria, it's only been a thing for around 20 years. Before that, it wasn’t regarded as an option. People used to look for government jobs,” answers the entrepreneur. Things take time, he insists. For now, Algeria is still in the changing mentality stage; only later will we get to see results, he explains.

For now, all you can do is encourage people towards entrepreneurship, and showcase successful entrepreneurs. All the initiatives that you can see in Algeria right now may not be really productive, but they push the bravest people towards a new way of thinking. Lerari insists that we can’t expect more at this point. “The Algerian Silicon Valley is not going to happen the day after tomorrow,” he explains. “But we’re well on our way.”

He takes as example the ANSEJ, the national agency to support unemployed youth by allocating loans to young Algerians looking to start a business. “Everybody targets them because the government has invested an incredible amount of money in it, and the conversion rate is weak,” he explains. “Yes, some young Algerians used the ANSEJ to buy cars, without actually building a company. But, as an entrepreneur, I don’t care, because if among those conversions, there are future champions, then we’ve won.”

The entrepreneur mentioned a few great companies that have been launched under the auspices of ANSEJ. They may be success stories in plumbing and similar services, but to him, they matter as mush as a tech startup success story because they promote the idea that entrepreneurship is possible, and that the country has talent.

“There is going to be an explosion of strong local jewels that are going to shine in Algeria and abroad,” the entrepreneur insists. Of the ten startups that Fikra has incubated, with the financial help of Algerian telco Djezzy, “there are two or three entrepreneurs who are real killers. They may not succeed on this project, but they will on another, I’m sure of it.”

While Algerian startups have a lot of catch up to do, he admits, it’s only a matter of time before they do. The French ecosystem wasn’t built in a day, he recalls. 10 to 15 years ago people weren’t judged on their capacity to instantly convince an audience. As for professionalism and skill sets, these came only after decades of general business experience.

“You can’t start from scratch,” he says. “This country needs patience [both from foreigners and Algerians]. We have to try hard, but at the same time stop judging ourselves with such harshness and refusal to compromise.”

But Algerians shouldn’t think communication is going to do everything, he says. Interested parties have to work with universities to bring graduates with a new mindset onto the job market, and create value. “When you do, you fail, you doubt, you laugh, you’re happy, you win. Consequences are many, but only by doing can you win.”

He left me with one quote from the prophet Mohammed to think about: “Do, and you’ll realize what fate had for you.”