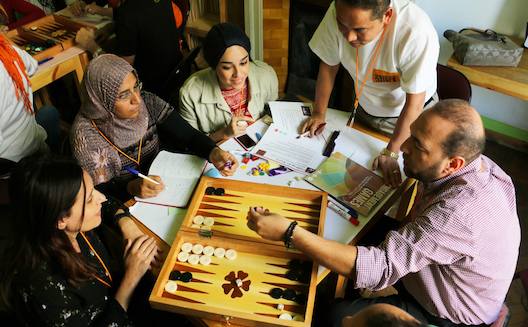 Last month, at a two-day workshop organized by the United Nations Development Program, lucky Cairo youngsters got a look at how to develop games that would enhance cooperation among players, rather than creating competition. This was the second such workshop hosted at icecairo in the last few months.

Organized in conjunction with the General Assembly of the UN, the workshop was a part of 21 events held worldwide during ‘social innovation week’. The trainers, Eric Gordon and Steven Walter, were flown in from Emerson College’s Engagement Game Lab, which focuses on studying games, technology, and new media to support civil life and development.

During the workshop, participants used backgammon as a way of demonstrating how to change the foundations of a game once its components were understood: 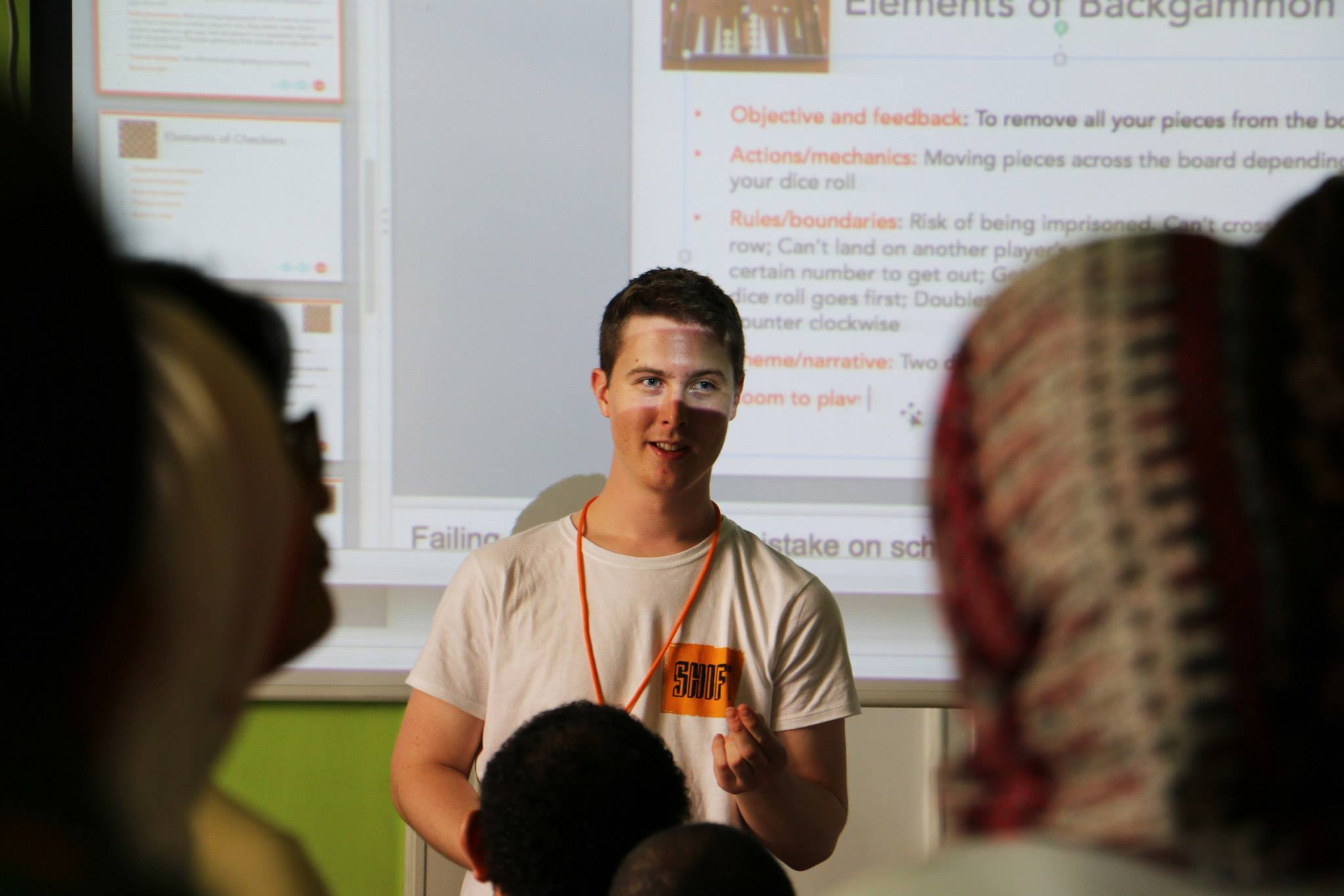 The lab defines “engagement games” as those that combine game techniques and developments, taking place in real life, such as games that focus on flood protection.

But how do you design a cooperative engagement game? 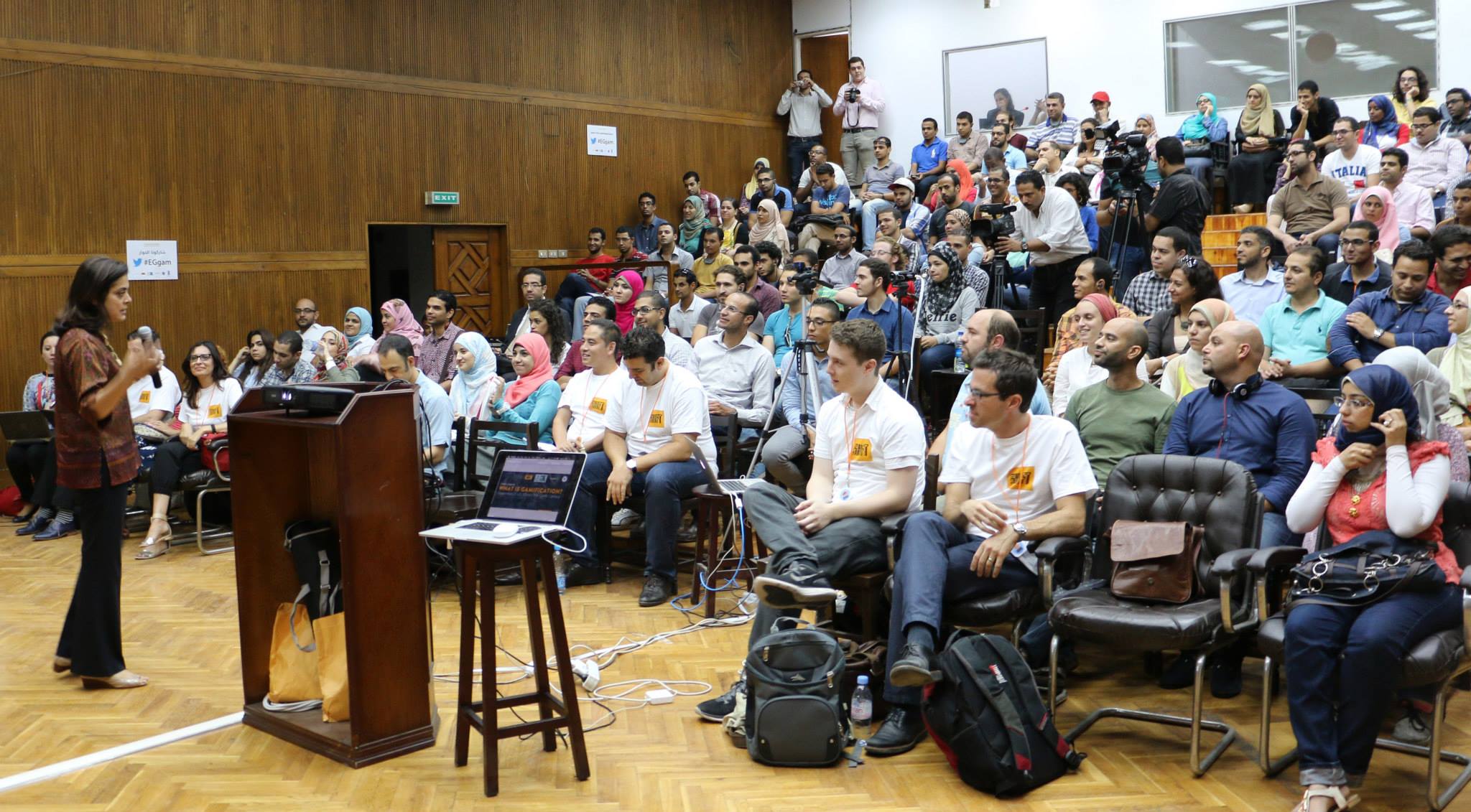 Games that fall into this category

Educational games: These are games that build on motivation, fun reactions, and narratives to teach academic skills such as math (Math Blaster), a language (DuoLingo), or disaster preparedness (Riskland). These games help create positive learning experiences and develop mental activity on the topic with the aim of helping players gain deeper knowledge.

Inhabitable games: These are dynamic games that engage players in trying complex systems in order to better understand their current role or the possible change that could occur to these systems. These games are thought to be the most effective tools in teaching complex concepts in real life. Some examples include Upstream, Downstream, Paying for Predictions, and The Climate and Gender Game, all available through the Red Crescent and the Red Cross. These two organizations have developed more than 30 games that address various risk management-related topics, from agricultural communities in Ethiopia to the White House. 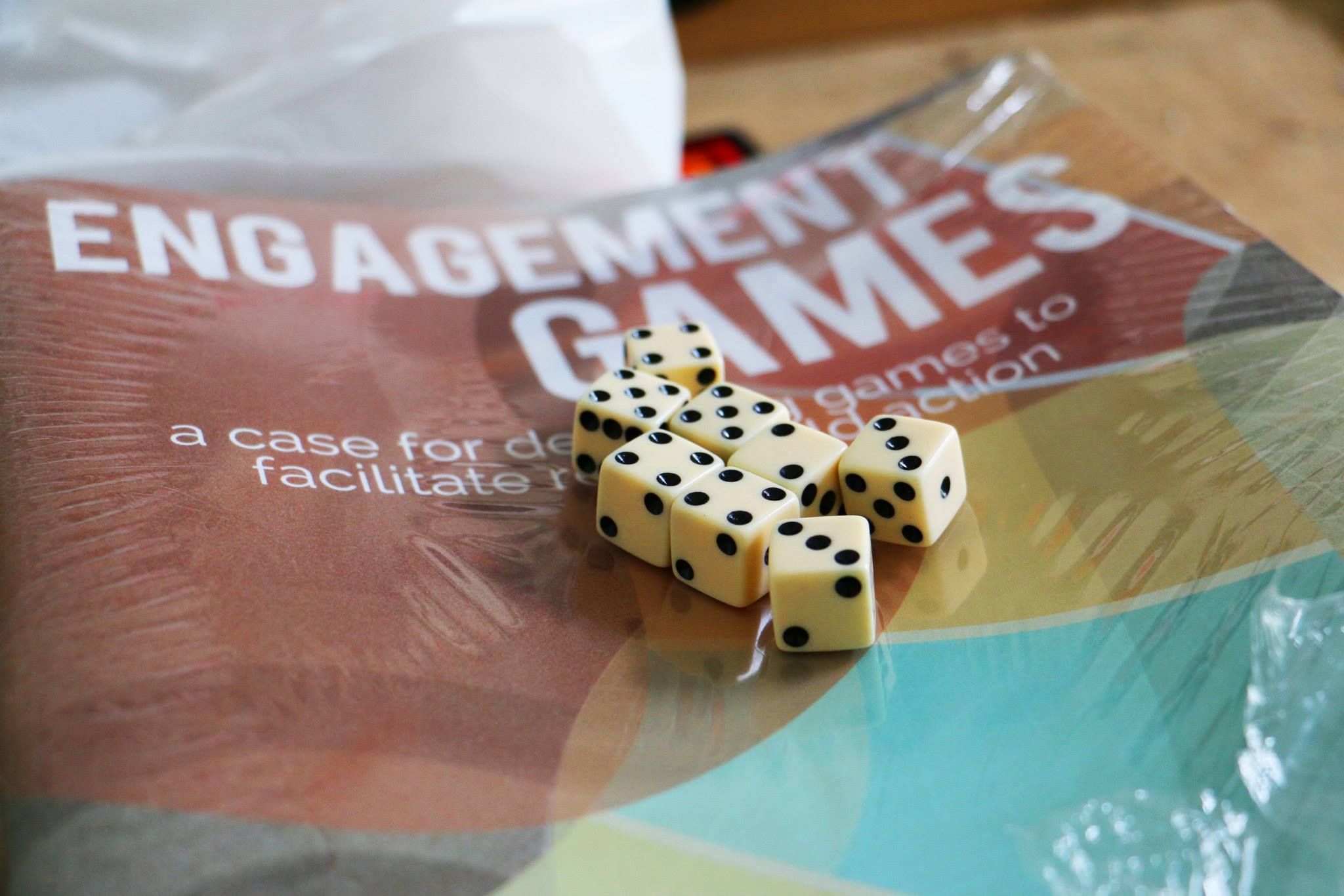 The lab at Emerson has also developed a few development games such as Community PlanIt which gained popularity in Detroit, and which the UNDP helped spread around the world. The online social game is based on local planning where players cooperate to identify problems, propose solutions, and help raise the needed funding.

Another game that the lab developed was UpRiver, a double-phase game that enables early warning about floods and facilitates early preventative measures or actions. The game is played on cell phones through SMS to build an actual network where crowdsourced information is gathered on rivers’ water levels.

The UNDP is keen on supporting the American lab in developing games that suit several communities and different countries, says Jennifer Colville, UNDP Knowledge, Innovation, and Capacity Group policy advisor. Along with Tilt Factor, the MIT Game Lab, and Dartmouth College’s lab, Emerson College’s lab is one of the few laboratories working in gaming for the development industry.

Participants in icecairo’s workshop were divided into nine teams, each of which worked on developing an idea to eventually pitch. Four winners were announced at the end of the workshop: Hooga for awareness on Hepatitis C, Story Changer on stories and books, Waterfall All, and Trash It for recycling.