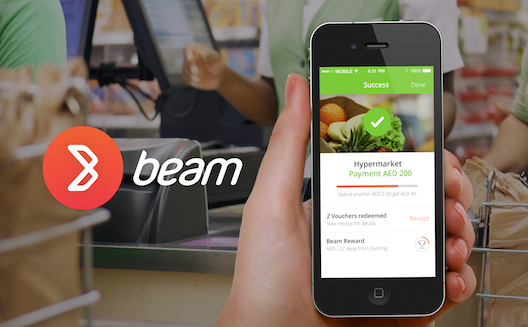 In one of its first investments in the regional tech industry, Majid Al Futtaim Ventures announced an investment in mobile commerce and rewards platform, Beam Wallet. The amount is undisclosed.

The Beam Wallet application has certainly been leaving its footprints on the mobile commerce scene of the Arab region. Launched in early 2012, the mobile wallet app has today more than 100,000 users and over 1,100 retail outlets, including Costa Coffee, Tim Horton's, Subway, Cold Stone Creamery, Aldo, Tommy Hilfiger, Yo! Sushi, Aeropostale and Kenneth Cole.

The app allows its users to access Beam Wallet services on their phones, and enable them to recharge their mobile and DTH (the provision of TV services through subscription) accounts across service providers.

The equity that Majid al Futtaim Group is acquiring from Beam Wallet falls directly into its business interests as a developer of commercial retail properties, in 12 countries. The group that was launched in 1992 by businessman Majid Al Futtaim, owns and operates 18 shopping malls, 56 hypermarkets and 53 supermarkets, in addition to 11 hotels, 9 movie theatre locations and 45 fashion stores. Majid Al Futtaim Ventures is responsible for all leisure, entertainment, cinema facilities and manages their healthcare and financial services, such as Ski Dubai, Magic Planet, iFly, Wahoo! watermark and Aquaplay.

“The hardest part of the deal was the rigorous benchmarking process required by Majid Al Futtaim as part of their due diligence before the investment,” Shezan Amiji, co-founder of Beam Wallet, told Wamda. Al Futaim Ventures evaluated the platform against other global competitors and Beam Wallet’s solution was found to be comparable. “This was also the most gratifying, because it gave us hard evidence of our unique value proposition in comparison to other global players in this space, confirming Beam Wallet is a truly world-class platform,” added Amiji.

Taking on investment from a big corporation like Majid Al Futtaim brings a lot of value to the startup. “Beyond the operational and geographical expansion that this partnership enables, Majid Al Futaim offers an unrivalled depth of retail experience and reach in this region,” said Amiji.

In a statement released by the two companies, Rasool Hujair, CEO of Majid Al Futtaim Finance said: "We believe that mobile technology is at the core of the consumer shopping experience, and our investment in Beam Wallet will further enhance our ability to create great moments for everyone every day.”

“In order to succeed you need to be relentless," Amiji told Wamda, "Persistence pays off."