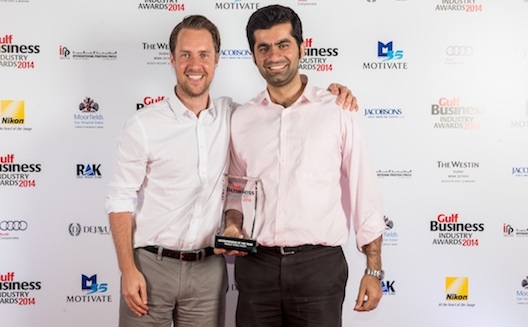 Careem, the Dubai-based ride sharing service a la Uber, announced yesterday that it has raised $10 million investment in a round, led by Al Tayyar Travel Group with STC Ventures, as well as other regional investors.

This is the second round of investment for the tech startup, and, indeed, the second time STC Ventures, Saudi Telecom’s VC arm, has been heavily involved. A little over a year ago, in September 2013, STC Ventures led a $1.7 million round to fund Careem’s expansion into Saudi Arabia.

Careem now plans to use the fresh infusion of cash to expand its business into new markets, and enrich its technology and operations platform, as mentioned in a press release.

The car booking service, which works through an app and on the web, was cofounded by Swedish national Magnus Olsson and Mudassir Sheikha from Pakistan, both former McKinsey consultants, and today serves 14 cities across the Middle East and South Asia: Abu Dhabi, Bahrain, Beirut, Cairo, Dammam, Dhahran, Doha, Dubai, Jeddah, Karachi, Khobar, Kuwait, Lahore and Riyadh. In the last year, Careem has established presence in the major cities in Saudi, including Riyadh, Jeddah, Dammam, and Khobar.

The startup continues to grow faster than 30% month-to-month, and has reached a headcount of 70.

Launched in 1980, Al Tayyar Travel Group started as a small reservations offices founded by Dr. Nasser Bin Akeel Al Tayyar; today it's a Saudi joint-stock company with 14 affiliated companies that provide travel and tourism services through more than 300 offices within the Kingdom of Saudi Arabia as well as 20 globally.

This investment makes sense for Al Tayyar, as it operates a car rental fleet that serves more than 1,600 government and corporate clients through 400 branches. Dr. Nasser Al Tayyar, the group's Vice Chairman and Managing Director, was enthusiastic about the investment in a press release: “the investment in Careem is aligned with our strategy to embrace new technologies in how we serve our customers.”

It is interesting to see traditional family businesses investing in tech startups, as we recently witnessed with Abdul Latif Jameel (ALJ), also a big Saudi family business, investing in MarkaVIP, one of the biggest ecommerce platforms in the region.

Whether for diversification purposes or for the sake of encouraging and supporting startups, these investments will no doubt give startups new access to markets through the investor's networks and contacts. For this reason, it may be that established startups are better suited to investment from large family companies rather than early-stage entrepreneurs.

On another note, this investment will also help optimize Careem’s ability to address the specific needs of the cities to which they expand in this next phase of growth. Al Tayyar’s strong Saudi presence and regional experience will also help Careem develop and deliver a reliable high quality service to Saudi customers, and thus accelerate their geographic expansion.