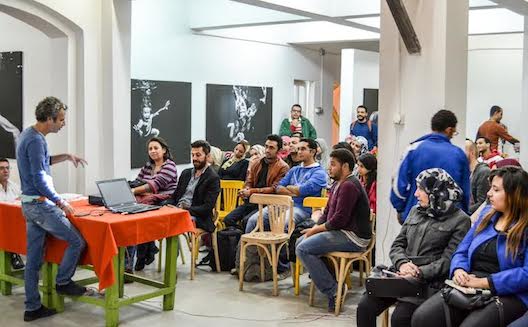 No longer the prerogative of the technology field entrepreneurs can now be found in many sectors and events such as the Disrupt!/Graphic! Ideathon last week in Cairo is a perfect example of that shift.

Launched to support startups in the field of design through mentoring, coaching and funding the event was conducted in the form of a workshop that lasted three days. In collaboration with the incubator Innoventures, the Lebanese crowd funding platform Zoomal and the Mideast Creatives program launched by Hivos, the aim was to motivate design ventures to turn their ideas into feasible projects, both socially and financially.

Admission to the event was based on seven main criteria including helping develop the design sector, offering useful technical services or products to the community, having a business model that ensures sustainability and a broad consumer market, having a team of two to five people aged below 35 years, and pitching the idea in a convincing manner to the jury.

“Eighty teams applied to the event with creative ideas […] only twenty of them were admitted to participate,” said Hesham Wahby, Innoventures’ CEO. With their work ranging from graphic design to clothing, prints, packaging and packing materials, edutainment, games, 3D short films, and handicrafts, Wahby said that three teams were supposed to win the big prizes, however, ideas admired by the jury obtained very close results: “The jury ended up picking four winning teams,” said Wahby. 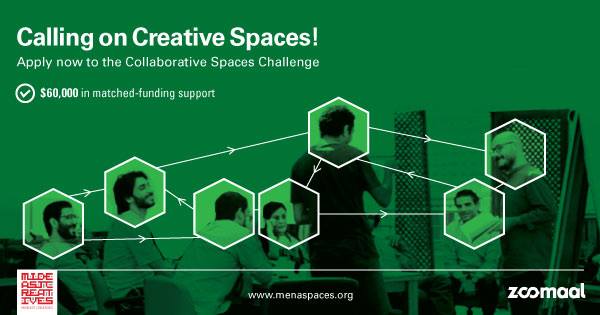 The game Aly Zeeba won first prize. Based on the idea of promoting pop art, it is a game that celebrates the biographies of Egyptian heritage figures. The 4-member team won €1,500 EUR and a 6-month incubation from Innoventures, including a working space, funding in the amount of 50,000 EGP (around $7,000 USD), and training from mentors from the entrepreneurial sector.

HotBox got second place for the development and design of creative packaging materials. They received €1,000 EUR and a 50% discount on a 2-month Designopia working space subscription.

Third place went to Plus 4 which designs clothes out of raw materials that are processed to become easy to clean, noting that designs are made in colors that spread positive energy in others, according to studies made in this regard. The team won 500 euros and a 25% discount on a 1-month Designopia subscription.

The jury also chose to offer a fourth prize to Azamoka who develop games such as AlMazarita. The team won €300 EUR as a token of support and encouragement. “We will work on developing the first gaming studio that reflects the light Egyptian spirit,” said said Mohamed AlOryan, a member of Azamoka, when asked about their win. “We have taken here our first serious steps towards turning our idea into an actual project,” added AlOryan.

And prizes did not stop here. Zoomal also made announcements about plans to fund the three winning projects by offering them $500 USD for every $100 USD users invest in any of the displayed ideas.

Commenting on the quality of the ideas, Hany Mahfouz, a member of the jury and founder of HDM which custom-designs gifts and office supplies, said: “We were struck by the diversity of the ideas and the closeness of their quality. We wished we could grant more prizes to other ideas such as Map App […] for universities and malls, or EyeDea for the design and manufacturing of shirts for organizations and universities.” 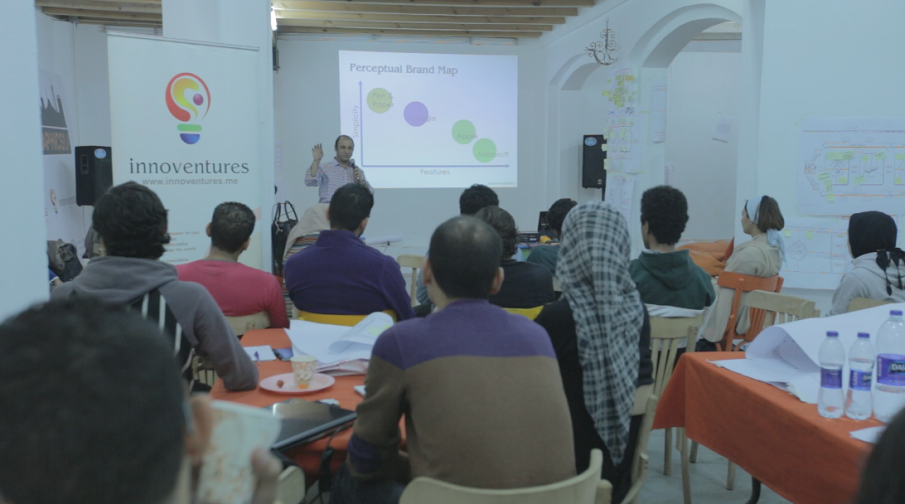 Within the same context, participants agreed that although there were four winners, everybody actually won by learning about the action plan preparation mechanisms, strategic thinking for a successful project, mentoring sessions by trainers in the fields of design, and networking with other entrepreneurs in the same field, benefiting from their experiences.

Although they were so glad to have participated, attendees wished the workshop sessions were a bit longer and allowed a bigger opportunity to connect with trainers from outside the design field, which is something that Wahby promised saying: “Starting next January, Innoventures will be back with the training and mentoring sessions that it has been offering for a while, under the title Idea Circle, through which it allows entrepreneurs to network with trainers and mentors. Invitation will be open for everyone from all entrepreneurial fields, and trainers will be chosen based on the entrepreneurs’ nominations in order to meet their needs.”