In this context, many Arabic educational apps targeting children have been emerging in the past two years, including AbjadCity and KidsLoveArabic, in addition to EduKitten apps, launched more than two years ago, which aim at reviving the Arab culture in a fun and entertaining way for kids aged three to eight years. This was followed by the emergence of additional educational game apps, including Arabic Kindergarten Barney which aims at building children’s capacities in math and the importance of time in an interactive and fun way. And touched upon by Wamda last week, digital Arabic educational content coming out of Jordan.

Other game apps also attempted to develop a sense of national loyalty among users in addition to publishing Arabic content. An example is the ArabDefender game where users have to defend the Arab world against attacks from what the game calls ‘Devils’. 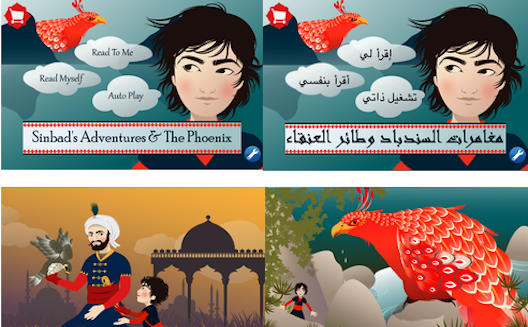 No need for political stability

The attempts to promote technology entrepreneurship and targeted Arabic content are of course not restricted to countries of political calm, they are also launched from the countries that have the highest levels of turmoil. From the heart of the Palestinian city of Nazareth, and following his participation in the American Aspen Institute leadership program, Jaafar Sabbah, the founder of game apps developer Beam Riders, decided to challenge the political situation by launching the Sinbad platform, just two months ago, free of charge for iOS, targeting children aged 6 to 12 years, with the aim of building their associative thinking, leadership, and modern learning skills, in accordance with the demands of the 21st century.

An app that adopts a narrative style and famous figures to develop children’s creative skills, Sinbad has as its first story ‘The Adventures of Sinbad and the Phoenix’. It is made up of three stages.

Children watch (in the first and second stages) how the famous cartoon character gets himself out of trouble by using different creative skills every time. In the third stage the children are encouraged to use their own imagination to free Sinbad. Moreover, the platform allows children to play inside the story by applying what they have seen and learnt from Sinbad.

“Sinbad has received 2,300 downloads in one month from several countries, notably KSA,” Sabbah told Wamda, “without us even dedicating any budget for marketing.”

Beam Riders has achieved consecutive success since it’s creation in 2013. 4 Photos and 1 Figure  is an educational game that introduces children to famous Arab figures in all fields, by asking them to link the name with the correct picture from four options. In less than three months the app had 22,000 downloads. For its second part they had 6,000 downloads.

This was followed by Al-Kindi Code which introduces children to the principles of encryption for the renowned Islamic scholar, Yaʻqūb ibn ʼIsḥāq al-Kindī. The app has received 5,000 downloads in two months.

“We did not allocate one dime for the marketing of any of the two apps which were originally launched to test the Arab market,” says Sabbah. “After studying the results, we became sure of the need among internet users in the region for game apps that teach children creative and leadership skills.” 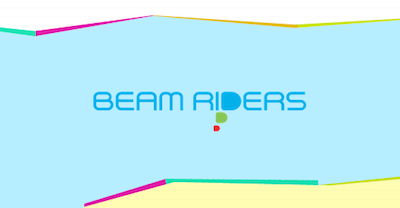 “The company recently won the Pace Setter honors in a competition organized by Lego, for its role in changing the way people, and especially children, learn,” adds Sabbah.

Sabbah attributes this to the instructions of the company’s advisors which include world experts in creativity and leadership, including Hal Gregersen, Executive Director of the MIT Leadership Center, and Peter Reiling, Executive Vice President for Leadership and Seminar Programs at the Aspen Institute.

Like many other entrepreneurs in the technology sector, Sabbah suffered from a funding obstacle. This might be due to the fact that the dominating business model for this type of startups is free of charge access (at least in the beginning), which makes making profits a relatively time-consuming issue.

“The crowdfunding campaign that we launched for Sinbad on Indiegogo towards the middle of this year wasn’t successful. However, I did not give up and managed to get a first round of funding from individual investors.” Sabbah continued, “I am currently seeking to get additional investment that would allow me to focus on marketing, developing an Android version, and launching more educational and developmental apps for children.”

If the gaming industry is growing cautiously because of the lack of funding and weak technical capacities, it is a regional issue rather than a global one.

With just a quick look at the children’s educational apps industry worldwide, there has been a big leap forward. The digital educational games market now has hundreds of apps in tens of categories, including languages, math, sciences, social and emotional skills, capacity building, and even autism therapy.

Online reports expect the profits of the global digital game content sector to exceed those of the film industry of 2014, and to reach $24 billion USD.

Reports also point out that the Middle East, Southern Asia, and Central America are among the least present regions online, due to the poor IT infrastructure.

However, 91% of the world’s population own mobile phones, 50% of smart phone users rely on their devices as their primary connection to the internet, and 80% of the time then spent on smart phones is on games and apps.

These statistics might justify the global interest in developing mobile apps, and why Kidaptive, the iPad educational app for children got $10 million USD in a Series B round of funding last year, making the total amount invested in it so far $11 million USD.

So will the region’s entrepreneurs working in technology entrepreneurship, aiming at developing educational and developmental apps, succeed in closing the gap of digital content at the regional level and benefit from the global development of the industry?