This piece has been crossposted with Firnas.

Entrepreneurs don’t necessarily have to create a new product or come up with a new service to launch a successful business. It can be enough for them to add a creative touches to a conventional product that we might have been using for decades, to add value and create demand. That is what Egyptian entrepreneur Deena Fadel did by establishing her own soon-to-launch online home accessories store, Joud. 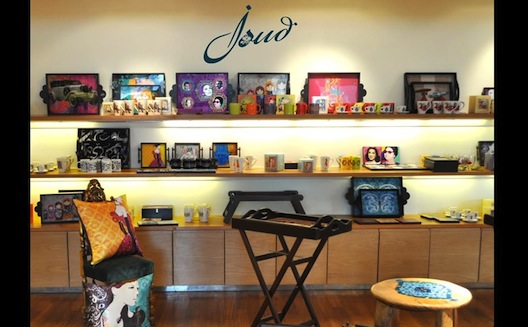 During a call with Fadel, who Buzzfeed listed as among the 16 women who are making change in the Arab World, we spoke about Joud which features innovative and unique home accessories designed by the founder. She hopes her products will provide customers with more than may meet the eye: “We don’t sell products, we sell experiences,” she says. “We don’t describe our products as mere tangible items; our designs which our main advantage, rather turn them into bursts of energy, adding life to your home.”

Most of her designs are inspired by daily life in the Arab world, such as the congested streets of Cairo and Arabic calligraphy. Joud’s products include glasses, mugs, jewelry boxes, cup sleeves, decorative pillowcases, among many others. Most recently, Fadel collaborated with GEMMA Ceramics & Porcelain factories to produce a special collection of decorative tiles for kitchens and bathrooms. 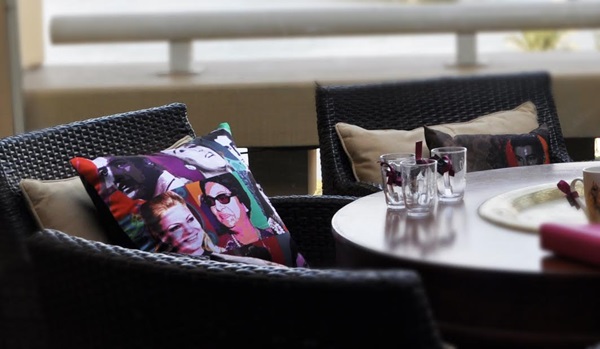 Fadel didn’t have it easy from the beginning. Despite her Egyptian nationality and background, she did not actually settle in Egypt until around 2000. She was born and raised in the UK where she studied art and design. The young entrepreneur floundered for a while until she eventually decided to get rid of her full-time job at an advertising agency to devote more of her time for her hobby of designing home goods. In 2010, she tentatively launched the company with a collection of original cup sleeves; at the beginning of 2011, she officially launched Joud with a sole showroom. “It was difficult at first, as I had to re-invest all of my profits to scale up and grow my business,” she recalls.

After working by herself for the first year, Fadel now has a team of eight members about whom she says: “My team is everything. It allows me to focus on what I’m good at: art and design.”

Fadel now has two showrooms in Cairo and sells her products on Joud’s Facebook page as well, as well as on Style Treasure, an Egyptian online boutique. The company is making good profit from high customers demand, and it will soon launch its own website.

One of the hardest moments in Fadel’s entrepreneurial journey, she reports, was her search for what she really wanted, being the precocious girl she had always been. She advises young female entrepreneurs to throw away all their fears, which she describes as “imaginations of their own making,” and to set a vision on how to achieve their goals and always surround themselves with positive people who lift their spirits up.