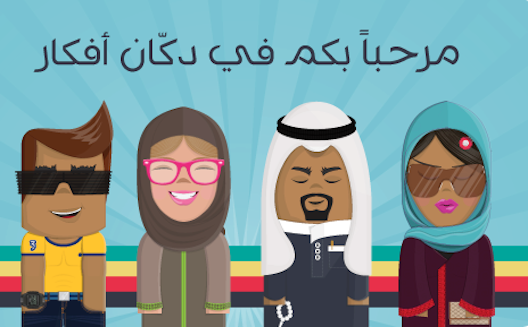 This is the fourth investment made by Mobily Ventures in six months.

Ammar Waganah, CEO and cofounder of Dokkan Afkar, describes the site as a “more than just an ecommerce website. We aim to become a home for creative people who have ideas for products that can add to people’s lives. Our vision is to help these ideas see the light and contribute to the community.”

Launched in June 2013, Dokkan Afkar (which means 'shop of ideas' in Arabic) targets Saudi youngsters through a variety of products that mainly come from local suppliers. The platform also sources global companies to find the latest gadgets, home decor, and culturally inspired products to offer its users.

“The investment of Mobily Ventures is strategic to our growth plans in 2015 and beyond. We are going to expand our business to become the creative hub for products in the GCC,” says Waganah optimistically in a press release announcing the deal.

The company was listed as one of Arabnet's 10 Favorite Startups of 2013, and named as one of the 'Hottest Middle Eastern Startups' by Inc. magazine in October of last year.

When it first launched last year in Riyadh, Mobily Ventures announced that it would invest between $300,000 and $3 million in early- and growth-stage companies in the information and communication technology industries.

Mobily Ventures is the the venture capital arm of UAE-based telecom conglomerate, Etihad Etisalat, officially known under the brand name Mobily. The second mobile service provider in the Kingdom, Mobily was listed on Saudi’s stock exchange Tadawul in December 2004 an initial public offering (IPO) which was 51 times oversubscribed. Today, Mobily is considered as the fastest growing communications and technology provider in Saudi Arabia.

Dr. Karl-Michael Henneking, Chairman of the Board of Mobily Ventures is optimistic about the deal and the future of the Saudi ecosystem: "We expect the Saudi ecommerce market to develop at a fast pace. With our investment in Dokkan Afkar we demonstrate Mobily’s strong commitment to finance and support young, talented Saudi entrepreneurs and contribute to the development of the local startup ecosystem."