More than 28 million people live in Saudi Arabia. Over 15 million of these are internet users, and 3.9 million are transacting online, according to PayFort’s State of Payments Report. Given the popularity among Saudis of online shopping, and the large number of people who have yet to get online, many ecommerce startups are keeping their eye on the Saudi market. Opportunities are looming. 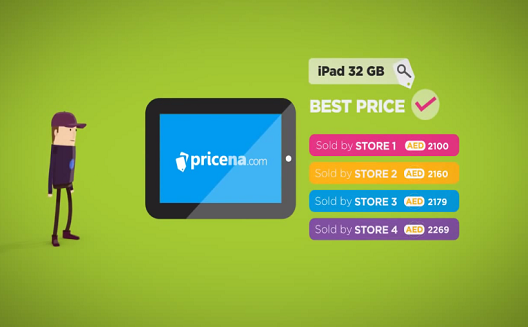 In the previous weeks, we have spoken to startups like Safarna, Careem and Hellofood, who were either expanding to Saudi or strengthening their presence there. Now, just a few days ago, the Emirati price comparison website Pricena announced its plans to set foot in the market – but this was a plan long overdue for the team. “It has been in the picture since we launched in the UAE. But we decided to expand into Egypt first because it was easier in terms of language support,” says Jordanian founder Haneen Dabain during a call. “Saudi relies more on Arabic. Once we had time to really focus on the Arabic, we launched there.”

To deal with the language barrier and local dialects in Saudi, Dabain checks online forums and seeks help from the community to localize the website. Now, the Saudi version of the website is fully functional.

Last time we checked, Pricena had 180,000 products for sale in the UAE and Egypt combined, with a wide range of categories like electronics, fashion, toys and much more. Now, it has 130,000 products available in the UAE, 120,000 products in Egypt, and 65,000 products in Saudi Arabia, according to Dabain. Also, since July, the website added 16 stores in the UAE, four stores in Egypt, and 25 stores in Saudi Arabia and traffic grew from 180,000 to 300,000 visitors. With strong determination to crack the Khaleeji market, Dabain isn’t going on holiday anytime soon. As the only full-timer at her startup, she takes care of the development and technical work (she worked as a developer at Aramex and has a Master’s degree in Computer Science from Canada’s York University), with the help of two other part-time partners.

Anticipating a dearth of money for human resources, she also designed the website in a way that doesn’t require heavy maintenance. “We focused on how to design it so it can run and expand by itself. The process is automated,” she explains. By crawling online stores and getting their data, Pricena automatically lists stores, including product prices and shipping information.

It’s not only about the money

A price comparison website isn’t always about getting you the cheapest deal, but the best. From a buyer’s perspective, users will get the chance to check many options and choose what suit them best. If they want a faster delivery, “they won’t mind paying an extra 10 AED,” explains Haneen. If they are used to a certain store and already have an existing account, a higher price might not be an issue for them. 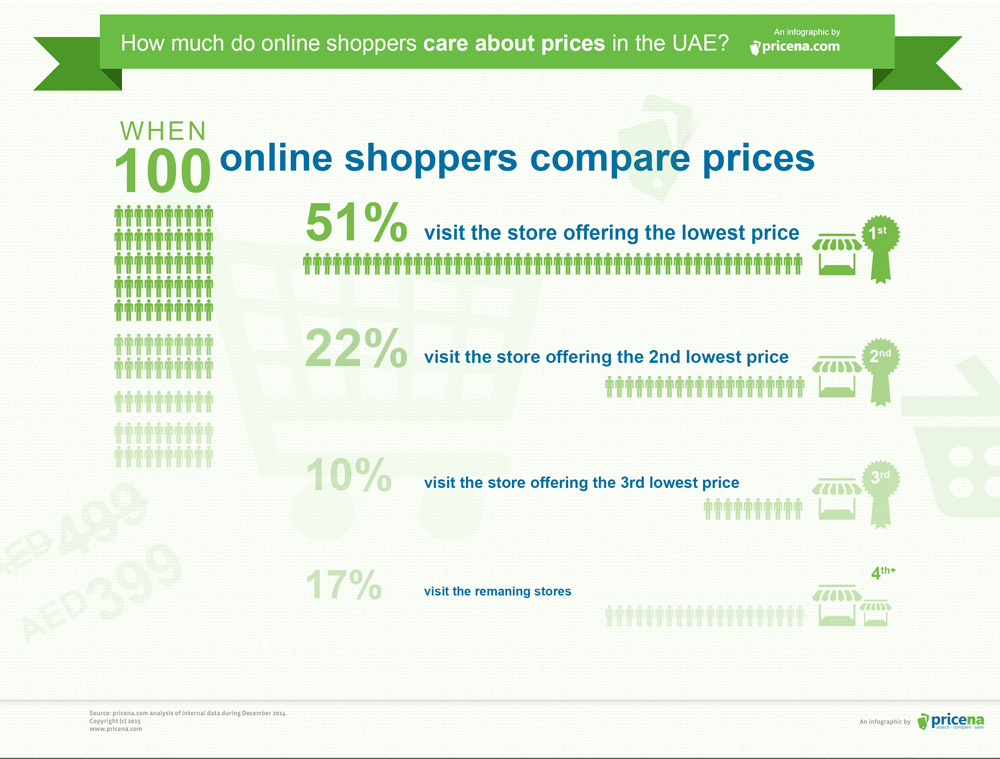 From a store's perspective, many “don’t know what price comparison is. We need to inform stores about what we do, that’s why our service is for free at the beginning.” In the UAE, Pricena relies on Cost Per Acquisition (CPA), Cost Per Impression (CPM) and Cost Per Click (CPC) to generate revenues, but it is offering the service for free in Egypt and Saudi Arabia to educate online merchants. “Once the stores experience the conversion rates that our traffic delivers – 3x to 7x that of Google AdWords or Facebook –, they would probably want to continue with us and are willing to pay for the service,” she explains. “Even if they didn’t end up selling their products through Pricena leads, it’s still brand awareness for them.”

The challenges of expanding to Saudi Arabia

Weaning users off internationally renowned websites will be a challenge for the growing startup – but maybe with the right approach they won’t have to. While checking Saudi blogs and studying user behavior, “we noticed that many users shop from Amazon and eBay while we work with local stores like Souq and Namshi. In order to support local businesses, the founder is thinking about adding Amazon and eBay on the platform to attract buyers to local stores. When they see the difference in shipping cost and time between a local and an international store, they might opt for a local one. “We are trying to help small businesses to get introduced to users.”

After Saudi Arabia, Dabain has her eye on the other GCC countries. She is still bootstrapping until the right deal can be found. “We found good investors but have also turned down a couple. Maybe when we get to more countries we will fundraise,” she concludes.