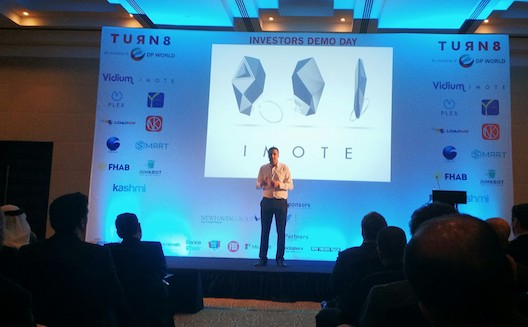 Speaking at the first Investor Demo Day of Dubai-based accelerator Turn8, Brent Traidman, a general partner at Silicon Valley-based Fenox Venture Capital, was very impressed. “At first, Turn8 the accelerator was new and entrepreneurs weren’t used to how things went,” he said. “But today, rounds keep getting better. The third really surprised me because it showed how fast the ecosystem is growing in the region.”

At the January event, where the 11 startups of the autumn 2014 round were presented, Mohammed Hamady, general director of Turn8, gave an explainer of how Turn8 operates.

Usually investing in 10 to 12 startups in every round of its program, most of whom are in the telecommunications and IT sectors, joining the program is done in several stages. The accelerator first scouts startups during pitching events organized in different countries, and connects with co-working spaces, particularly  those in emerging countries, “where there are many talents and very little financial resources”. Startups can also apply on Turn8’s website to pitch their ideas.

When it comes to the selection process Hamady said that Turn8 relies on two key factors: first, the team in itself and its experience, secondly, the idea, it should be viable. 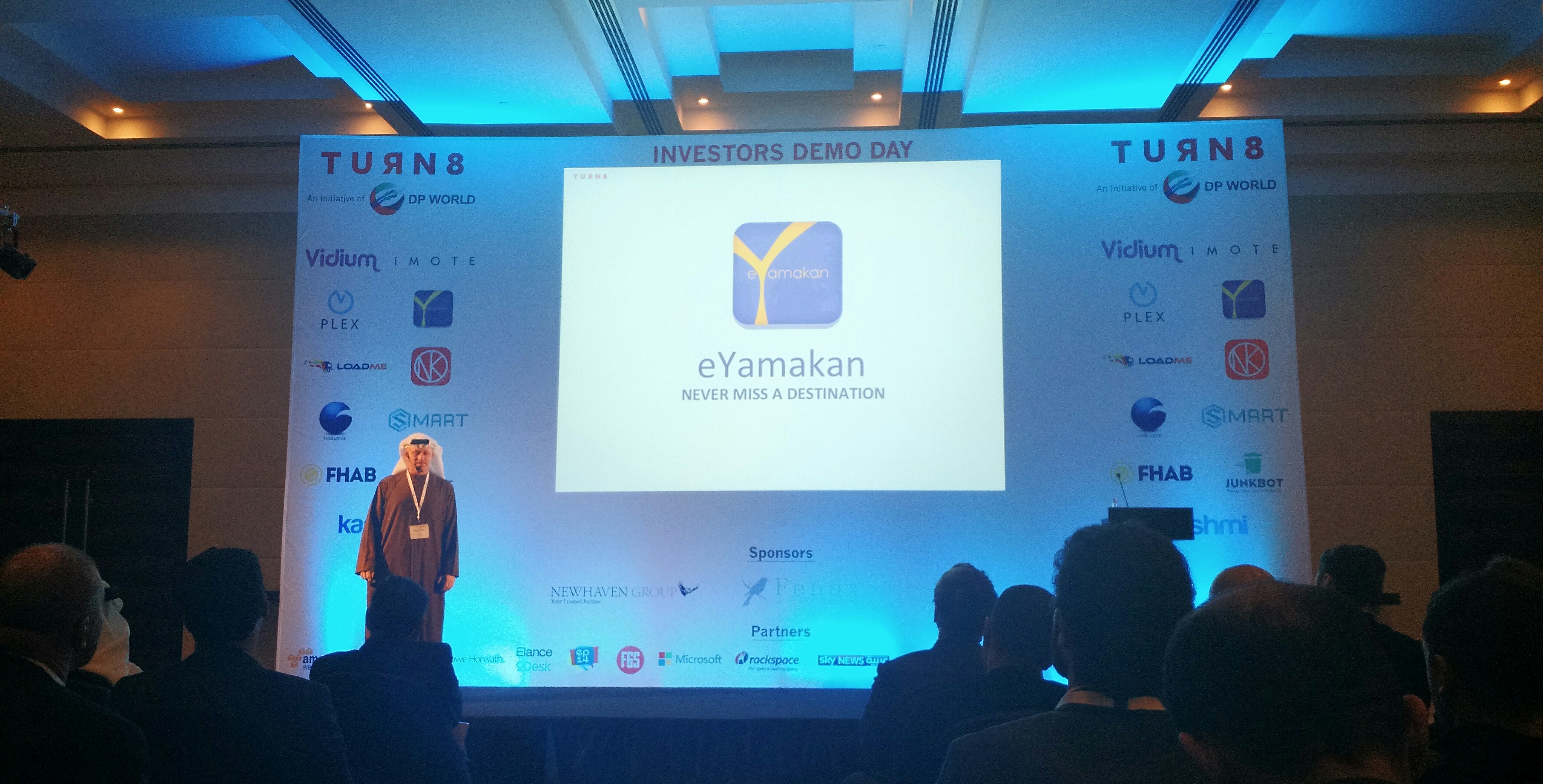 During the four-month program, Turn8 offers startups a working space in Dubai’s The Cribb, seed funding, mentoring, and financial and legal advice. Then the program consists of three stages: design, development, and marketing.

Demo Days themselves are opportunities for the ecosystem’s key actors to gather: entrepreneurs, angel investors, and venture capitals, in an effort to introduce graduating startups to investors, and allow them to network.

Although graduating startups are still in their early stages and usually draw angel investors, a large number of venture capital owners attended the event to take the pulse of the ecosystem.

Many of them believe that startups who participate in acceleration programs are able to learn a lot, and have greater chances at continuing their work and developing. Traidman, who represented the only venture capital company from Silicon Valley at the event, emphasized that attending was very important to them because “the ecosystem will change here just like it did in India and China, and we must be ready for that when it happens.” 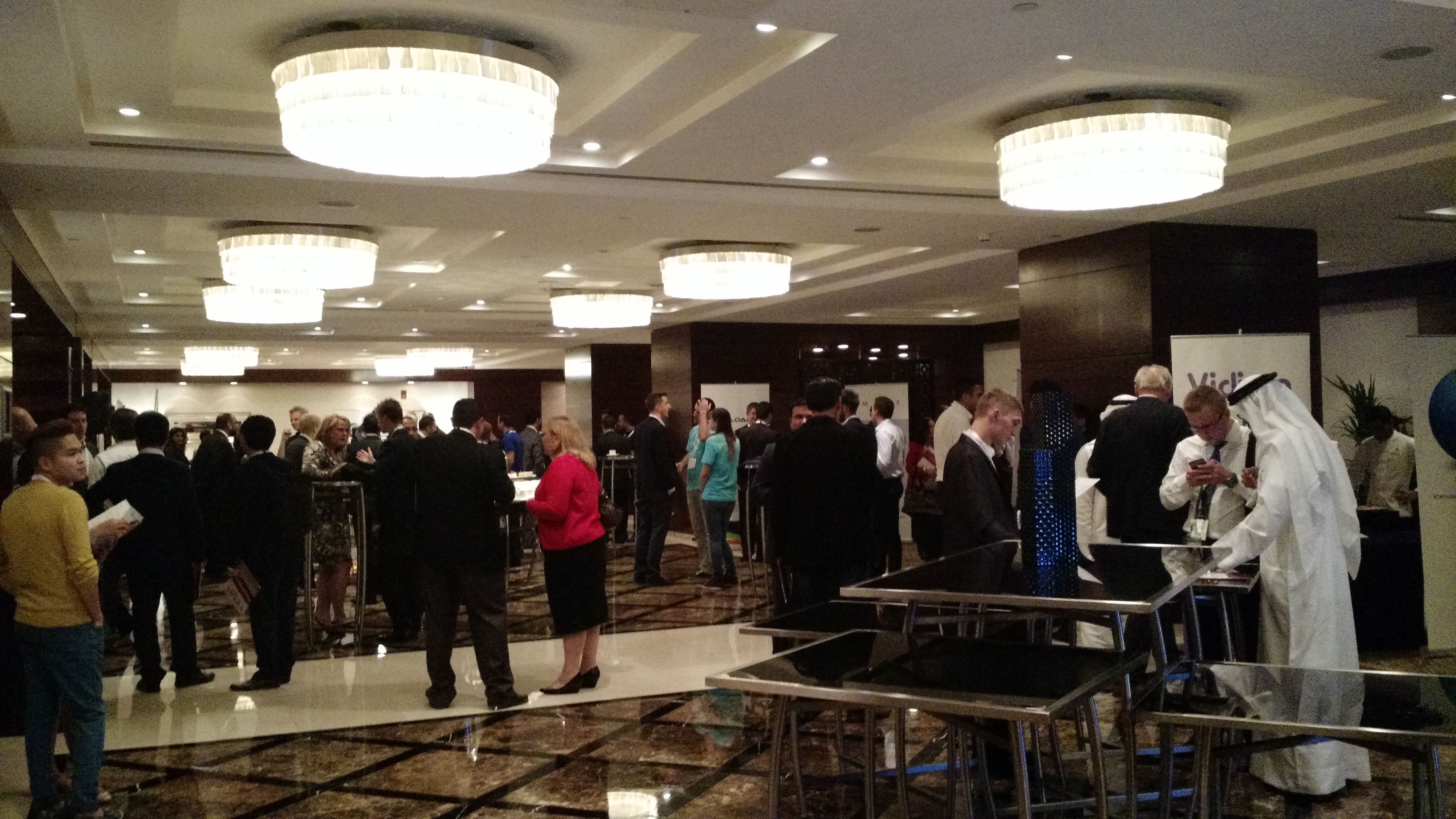 The organizers said that the event drew a record number of investors from Eastern Europe, including Russia, and for the first time from Korea.

As for the entrepreneurs who presented their startups, they described their experience with Turn8 as “amazing” and all agreed that it helped them become more organized, and taught them the basics of doing business such as developing and implementing their ideas and drafting an action plan. In addition, they were able, thanks to this program, to connect with the best mentors specialized in their field of activities, and learned a lot about the marketing and technical aspects of their businesses.

The entrepreneurs nationalities varied from Indonesian, Moroccan, UAE, Georgian, and Italian. Below is an overview of their companies:

Plex: An innovative communication tool that allows anyone looking to attend events to build fruitful relationships with other attendees.

Kashmi: An app that offers a mobile payment solution between friends through a free simple process, integrating the functions of social networking.

Junkbot: A do-it-yourself hardware kit from unwanted junk aimed at unleashing the imagination of children from the comfort of their home.

InGlove: Gloves that allow users to control the movement of their fingers in video games, as well as to sense the temperature and form of any object in virtual reality.

FHAB: A social app that allows users to share their feelings by shooting videos of themselves.

Vidium: This app combines the features of Whatsapp and Skype, and allows users to send video messages and get their receivers’ first impression.

Loadme: This company aims to be the Uber of cargo transportation with trucks across the Middle East.

iMote: An elegant and smart key chain linked to your smartphone allowing one to find lost keys or phone, and to change music or even take selfies.

eYamakan: An advanced web and mobile app that relies on mapping technology to offer location-, marketing-, and data-related services.

NiteKite: An app that combines the features of yelp.com for finding the best dining places, and Tinder for meeting people who share the same interests.

S-mart: A touch-screen retail program that aims to change the way you shop.

Every entrepreneur presented their idea in their own style; however, one thing was common throughout: all startups were looking for investment ranging between $300,000 and $800,000 to sustain and develop their products.