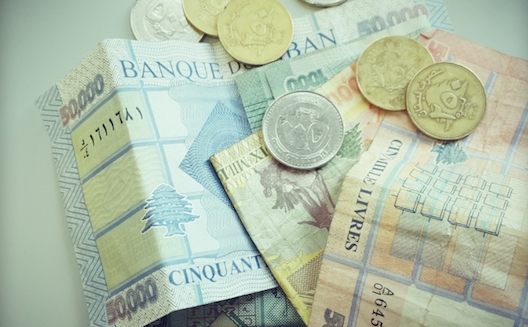 Obviously a lot more than loose change is going to be availalbe. (Image via Lucy Knight)

Things are certainly looking up for the coffer counting when it comes to funds being made available to Lebanese startups, but for the best?

Last week we covered the inking of a deal between the World Bank and the Ministry of Telecommunications for a $6.4 million loan that would see the launch of an NGO (Mobile Internet Hub, MIHub) aimed at supporting training youngsters looking to establish tech startups. As part of a larger $12.8 million Mobile Internet Ecosystem Project that will be broadening the tech ecosystem of Lebanon, it’s just one of a few new steps being made in providing funding for the sector.

As part of Circular 331, the Central Bank’s (Banque du Liban, BDL) initiative to de-risk investments made by banks into startups [they guarantee up to 75% of the value of a commercial bank’s equity investment in startups or venture capital funds], $400 million has been made available for the financing of new businesses.

This investment policy was instituted by the BDL in August 2014 (after first being announced a year prior). Initially thought by many to focus loans on businesses that were hefty in size, with the majority going to VC funds, commercial banks have been seen as reluctant to invest directly into the startups.

To combat this lack of faith in the small businesses the World Bank announced, also in February, its loan of $30 million specifically for seed and growth-stage startups. The iSME fund, which will be operated by the loan guarantors Kafalat, will have $25 million for investment, $2.5 million for development grants of up to $15,000 to entrepreneurs.

The $30 million loan has been a long time in coming. It was inked back in 2013 and then finally ratified by parliament in November 2014. The 17 year soft loan has a six year grace period and works by a startup finding an investor, whether it an individual or VC, then going to Kafalat who will match the investor’s amount.

Meanwhile, USAID, the US agency for development and aid, has just announced the launch of a $15 million program with Beirut’s incubator and accelerator Berytech, due to be officially announced at the end of March. As part of their Investment Initiative, launched in 2014, targeting seven MENA countries, the money will be spread over five years. Matching investors for early stage businesses, as well as the ecosystem at large.

Skepticism does exist though. Not only is there the issue of Lebanon not having a government, which renders things like the MIHub technically at a standstill, there is the question again of where exactly the money will float.

“Will they invest in early stage or go through VCs and it end up with those at growth stage?” questions Dr. Bettina Bastian, a professor of management and entrepreneurship at AUB in Beirut. While she says the increase in available funds is excellent news, there is the issue of closing the gap that exists for early stage startups.

While USAID have only said so far that they will be looking to see any type of startup funded, not necessarily in ICT, and Kafalat will be issuing ‘Concept Development Grants’ to help startups grow their ideas, it will simply have to be a question of time to show us where the still growing startup ecosystem of Lebanon will go.