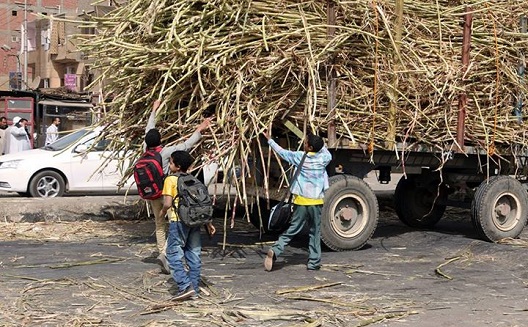 “Egyptian media always focuses on the capital and on regional and global news. Since entrepreneurship’s main goal is to find solutions for social problems in all sectors, I decided to launch the first independent media network whose aim is to train, hire, and develop the skills of young people who are interested in the local media field in villages and areas usually neglected by the media,” says Fatima Faraj of her startup, Welad El Balad. “The news of your country from the youths of your country,” she adds.

“Egypt has over 90 million people. Our aim is to create real media interaction in small communities by providing depth to coverage from the heart of events and ensure credibility in all of our media coverage,” Faraj said.

Faraj is the Editor in Chief and founder of the English version of Al-Masry Al-Youm. She has also worked as an assistant to the Editor in Chief at Al-Ahram Weekly and as a reporter for the regional office of Washington Post and Middle East Times – Egypt. Faraj also taught journalism at the American University of Egypt and dedicated some of her time to journalism training.

She launched Welad El Balad in April 2012 with the goal of enabling reporters in Egypt to create an integrated media system in places oft neglected by conventional media.

“We train young cadres to offer objective and trustworthy media coverage, and although the profit margin and salaries of Welad El Balad’s staff is still humble, the opportunity they are provided with for real on-job professional development strongly motivates them to develop themselves in terms of performance and productivity day after day,” she says.

This has driven Faraj to launch one Welad El Balad YouTube channel for each coverage site to post exclusive video content from the areas it covers.

Faraj has several revenue streams for its one-of-a-kind media network in Egypt.

Welad El Balad offers an SMS notification service for the communities where it publishes weekly. The local media network also relies on sponsored ads, whether in printed publications or online. Moreover, Welad El Balad has recently partnered with the news website Masrawy.

Like all entrepreneurs whose paths aren’t filled with roses, Faraj is facing many challenges, mainly the difficulty of convincing Egyptian consumers in remote villages and centers of the credibility of online media, forcing her to publish Welad El Balad in print in order to reach its target audience.

Welad El Balad launched just one year after the January 2011 revolution. Training reporters to protect themselves when covering protests, takes a lot of effort, Faraj added.