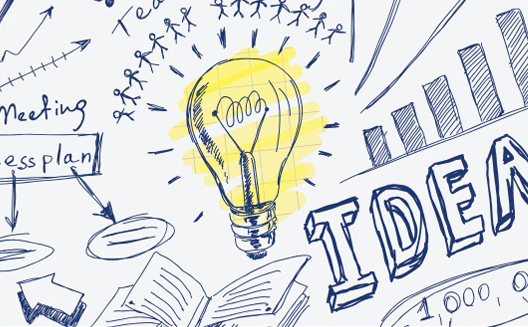 Any questions about what drives Syria’s entrepreneurs were answered at the recently concluded Jusoor Entrepreneurship Competition in Los Angeles.

“We had a lot who were focused on social enterprise,” Dania Ismail, Jusoor cofounder and director of entrepreneurship, told Wamda.

“It was a bit different from what you would see in Jordan or the Gulf," she continued. "In the Gulf or Jordan you see them focused on commercializing [their projects].”

Jusoor’s competition is similar to other entrepreneurship and startup contests. Entrepreneurs present their ideas to a panel of judges and hopefully pick up practical tips and advice along the way. The goal is to support and encourage all participants, not just the top finishers.

The Jusoor Entrepreneurship Competition, however, is open strictly to Syrian entrepreneurs. It was organized by Jusoor, an NGO founded by expatriate Syrians nearly four years ago, when Syria’s conflict was in its early stages.

The NGO focused on education when it began in 2011. More than 150 Syrian students in North America are now on Jusoor scholarships.

Jusoor launched its first Syrian refugee education center in Lebanon about a year and a half ago. That program now has more than 1,500 students between the Bekaa Valley and Beirut. The goal is to raise their educational level to that of their Lebanese peers so they can enroll in Lebanese schools, Ismail said.

Still, Ismail and her fellow cofounders felt they could do more for Syria’s youth.

Through a career development program in the UAE, the team pinpointed specific weaknesses in Syria’s youth relative to their counterparts in the rest of MENA. That initiative eventually yielded the Jusoor Entrepreneurship Competition.

“We wanted to create opportunities for Syrian youths — anything to help them develop themselves and the communities around them,” said Ismail, a Syrian living in the UAE.

More than 100 entries poured in when the entrepreneurship competition kicked off in December. Organizers conducted Phase Two over video, and allowed viewers to vote for their favorite projects via an online platform. The 10 highest scorers advanced to Phase Three, in which a panel of judges evaluated the finalists.

Ismail, whose background is in business development, noted that Syria’s entrepreneurs were driven by needs they saw around them.

“A lot of ideas focused on recycling,” she said. “There is a lot of destruction [in Syria]. They thought of the best use of this destruction. You had people going to places where buildings had fallen apart and were reprocessing this rubble.”

A startup incubator, an online trading platform, and a social enterprise took the top honors.

Afkar, an entrepreneurship incubator based in Hama, Syria was awarded first place.

“It’s a startup that supports startups,” Ismail said of the incubator. “It’s like giving the prize to a catalyst that continues.”

Indeed, that’s what Afkar’s founders plan to do.

“Now, as we win the prize, the challenge has just started,” said Afkar cofounder Samer Al-Aswad in an email. “We will go ahead in building our online training platform, running the first competition, to collect ideas and then train the people behind them, to finally invest in two or three of them.”

Sfkat launched more than five months ago and has more than 5,000 users. The company’s founders, a trio of informatics engineers, plan to use their winnings to add to their team.

“We are not good at doing marketing stuff,” said cofounder Muhammad Al-Syrwan. “We plan to hire somebody with the skills that we don't have.”

And third place went to Khatwa Network, an organization that helps Syrian students in Egypt find and apply to universities, get visas, and accommodations. Khatwa’s third place finish should yield tangible benefits for Syrian students.

“Our next step is to use what we gained from this great competition to offer higher numbers of services and projects,” said Sami Al-Ahmad, CEO & Founder of Khatwa Network. “Our wining in the third place increases our duty to provide what is better.”

It may be difficult to measure the impact of a contest just for Syrian entrepreneurs. But what it does offer is something that every entrepreneur needs.

"By providing a competition targeting them, it gives them hope and more belief in themselves," said Dania Ismail, Jusoor's cofounder. "A lot of it is attitude and persistence."