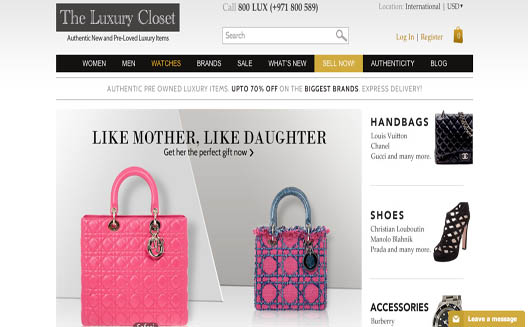 Dubai’s The Luxury Closet, an online platform buys and sells pre-owned luxury goods on consignment, has secured $2.2 million USD of its Series A round that it will use to scale its operations significantly.

The company was launched in 2012 by Kunal Kapoor, a former head of sales at Louis Vuitton. Individuals who wish to sell their high-end items, like Chanel, Louis Vuitton, or Prada handbags, simply need to fill out a submission form with a description of the item and its condition, asking price and up to five photos. When a quote is agreed upon, sellers can ship the item to The Luxury Closet in Dubai, who then lists the item on its website. Shipping is free for GCC customers.

The cash infusion appears to validate Kapoor's instincts. Dubai “commands about 30% of the Middle East luxury market," according to a 2013 Bain & Company market study. And at an average of 1,400 EUR (approximately $1,524 USD) each year, Middle East consumers have the “highest per-capita spending” on luxury goods, according to Cyrille Fabre, a partner at Bain.

Wamda spoke with Kapoor about the support his company has received to date, and his plans for The Luxury Closet.

Wamda: How many investments have you taken on so far? How much each and from who? 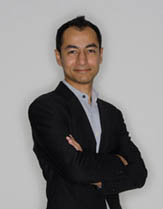 Kunal Kapoor: MEVP is our largest investor who came in at seed stage and has continuously supported our growth including investing in this round. The Series A round was led by Dubai Silicon Oasis Capital and twofour54, with MENA Venture [Investments] also participating. The Luxury Closet has raised over $3 million in venture capital funding so far.

Wamda: How would you describe the point that The Luxury Closet got to, before looking to raise investment?

Kapoor: I started The Luxury Closet in January 2012 and by mid year we had great traction from our early customers. There was significant proof of concept, and we were addressing a large market. At that point I had a choice, either we could have been a privately owned small business, or a venture backed large business. For me the choice was very clear - I wanted to build a great company. This meant that we needed capital not only to grow in size, but also to build the business in the right manner.

Wamda: What do you plan to use the investment for?

Kapoor: Our two biggest planned investments are expanding marketing budgets and team size, which will allow us to build and manage the scale. Next we are investing in technology, and building a mobile experience.

Wamda: What are the benefits of having investors, besides money?

Kapoor: At first I would say that even though money is very valuable, it’s extremely important to find investors who have the same vision as you. We have been extremely lucky in finding professional investors who are committed to help us build a great company. MEVP is a very experienced VC firm, who from the start made sure we invest in the right areas and guided us through a Series A financing. Post closing, our new investors DSO, TwoFour54 and MENA Ventures have been adding value with solid advice and connections.

Wamda: What was the hardest part in closing this deal?

Kapoor: I think the hardest part was working with multiple investors to complete due diligence and legal agreements. Financing deals take time to complete and keep you busy, while you still have to a business to manage. My advice is to others is that if you are looking to raise professional money, have your paperwork and audited statements in order.

Wamda: What is the most gratifying thing about this deal?

Kapoor: I think the most gratifying is actually to see the capital deploy. Since the close of the round we have built our dream office and moved in, found key team members who bring expertise and a lot of passion, and gone straight to work solving big issues that are key to us scaling the business.

Wamda: What is one lesson you learned from this investment? And what would you do differently next time?

Kapoor: I would say the biggest lesson is not to underestimate how complex and time consuming the process can be. However, it is a process that we must do, and it’s the founder’s job to do it. So what I will do differently for the next round is to start work much earlier.

Antoine is English managing editor at Wamda. You can reach him at antoine[at]wamda.com and on Twitter @aaboudiwan.