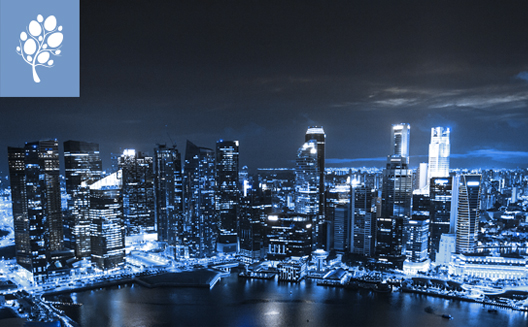 Hatcher, the Singapore-based ‘B2B venture builder’ connecting startups in emerging markets with investors, is looking to “double down,” as stated in a press release, on its Middle East and North Africa interests. “At least a third” of a newly announced $100 million venture fund targeting fintech and IT startups will likely go to businesses in the MENA, according to Investment Relations Manager Cassandra Seet.

Further, this year the company will be launching a Beirut-based affiliate, alongside new offices in seven other cities worldwide, to invest in and provide mentorship and connections for earlier stage Lebanese companies. Like Hatcher’s current Singapore and Dubai affiliates, the new Beirut branch will be looking to invest $100,000 – $500,000 seed rounds in early stage tech-focused companies, said CEO John Sharp on a call with Wamda. As for the total amount of the fund, “we’ll have more information in a few months, but we raised $50 million in Singapore and invested it in about two years. That’s a similar market size to Lebanon,” he said, “so we can expect similar numbers.”

“Once the early stage companies have a minimum viable product, the Beirut affiliate will refer them to the [$100 million Hatcher Fund] which may then make a Series A or Series B investment,” the CEO said.

The main issue in Lebanon, according to Sharp based on his “couple dozen trips to the region,” is Lebanese startups getting access to global markets. “We’d like to get involved in early stage ventures inside Lebanon, and then use our global network to help solve distribution challenges and later stage fundraising challenges… these are generally the two things that slow up small companies in small countries,” the CEO said.

The company is expanding its footprint in the region based on its Dubai affiliate’s initial success. Last October, Hatcher partnered with iMENA to invest a Series A round in the payment gateway Telr, based between Dubai and Singapore. Telr went on to be named Startup of the Year at last year’s Arabian Business’ annual Startup Awards. Also, in January, Hatcher company Apex Peak acquired Dubai-based fin-tech startup Cashnomix. By the middle of the year, Sharp says, Hatcher will have completed another investment in a Dubai-based company.

What impact does Hatcher hope the cash influx will have on the development of the MENA fin-tech sector, and startup / SME ecosystem more generally? It’s not just about the cash, he emphasized; it’s equally about the access to networks that VCs can provide, as well as the connections that they can foster within ecosystems. “There are a lot of potential symbiotic relationships that can occur between businesses in and out of the region,” he said. When a VC invests in companies working in different spaces of this sector, and brings them all together under one virtual roof, “of course the ecosystem expands,” Sharp said.

“I think the MENA is among the world’s most vibrant places for startups,” he continued. “The support countries like Lebanon, the UAE, and Kuwait are giving their startup communities is phenomenal… very few countries in the west even come close to this.”

“We want to be a part of the progress we’re seeing.”