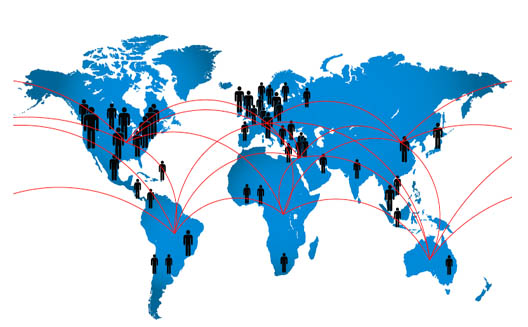 The iMENA Group has published, in partnership with Kauffman Fellows Press, a report outlining how the MENA region’s online sector will receive a massive influx of $1 billion in the next three to five years.

The report, titled “MENA’s Internet Industry: The Opportunity, Challenges and Success Stories” and written by iMENA’s founder and managing director Khaldoon Tabaza, describes a three-stage model of growth for internet businesses in emerging markets such as the MENA region. It also promotes three specific business models for growth and advice for successful investment in the region.

Tabaza notes that the number of internet users and internet penetration have reached a critical threshold in the MENA region. Reasons include an internet penetration rate that is close to 50 percent and an overabundance of smartphones (more than 70 percent of the UAE and KSA’s population is connected with a smartphone).  He argues that the MENA region’s online economy has reached a critical phase and is at an inflection point which will be followed by an era of hyper-growth if investors act now.

One of the most important ideas put forth, is that consumer demand is what drives the growth of online businesses in emerging countries. This situation has happened before, and the report lists Russia, Brazil, and India as examples of countries where investing during this critical phase led to a substantial growth of the market. The report predicts that the MENA region will create one or more $1+ billion companies in the next 3 to 5 years, and produce at least $10 billion in publicly listed internet companies in the next 10 years.

However, Tabaza notes that the MENA region is different from the previously listed examples, and that the traditional venture capital method of investment is not best suited for this area. Instead, it proposes the new internet group model as a more effective alternative. This model invests for a longer period of time, often until the late stages of maturity of a project, and offers advice and expertise throughout the entire project’s development. It argues that thanks to these methods, the internet group model is the best suited to tackle the fragmented nature of the MENA region, and the difficulties entrepreneurs face with fundraising, market expansion, and recruitment of high-end talent, and its final exit.

As for online classifieds, their growth is due to the solutions they bring by being more efficient than their print counterparts. The report predicts that the recent decline of print will inevitable lead to its disappearance and replacement by the online in the future. One of the main reason why online classifieds are so successful, is that by nature they are local or regional based. The business leaders of the MENA region mostly started as home-grown startups.

Online payments are still in the early stages of growth, but if applied with proper expertise can help consumers address the payment difficulties found online that plagues the MENA region.

The report stresses that investments in this field is critical, as its growth is necessary to establish a proper economic infrastructure in the region. If nurtured properly, the field will act as a catalyst for more online businesses and startups.

Please scroll up and download the full report from the grey box to the right.