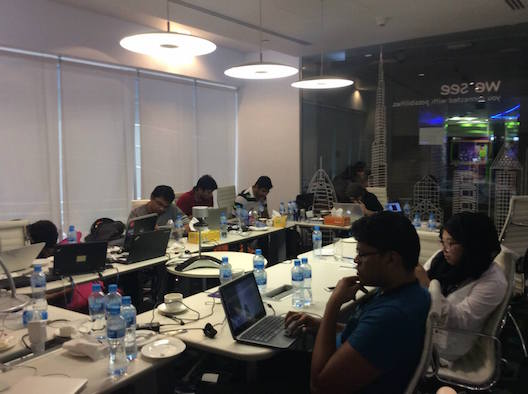 More than 70 hackers, coders and builders worked around the clock to build working prototypes of their projects at the Microsoft campus in Dubai Internet City last week.

The event was AngelHack Dubai 2015 and they were given just 60 seconds to pitch their ideas and recruit team members.

“It’s a startup scenario,” said Sameer Sortur, UAE ambassador for AngelHack. “But where other scenarios like Startup Weekend focus on a business idea - how it’s going to make money - we focus on the technology aspect.”

The emphasis was on substance rather than promises.

As such, participants needed to build working prototypes with whatever tools were available, be they HTML 5, Java, MongoDB and any pieces of hardware participants brought in. 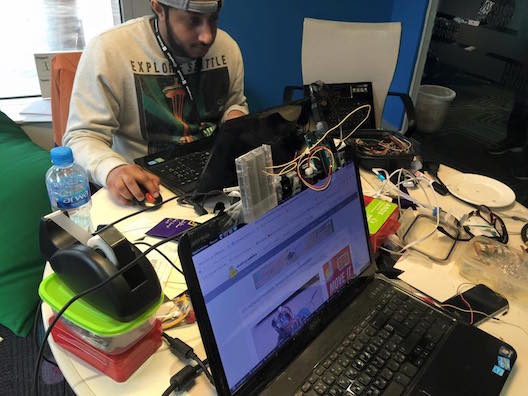 Judging was substantive too.

The team behind the mobile phone app Wrappup took the top prize and a trip to Silicon Valley and one week of mentorship.

“They won because their ideas were very interesting. They built a working prototype in 24 hours,” Sortur said. “Wrappup uses audio technology to capture the notes of the meeting. The audio is captured through the Wrappup app on your phone. After the meeting is finished it does an audio analysis of the important tasks, allocates action items and sends out the action items list to individuals present at the meetings, and it blocks their calendar.”

Wrappup’s team was able to build a working prototype in 24 hours, and that it performed well when judges tested it.

“Accuracy and quality of information will come over time (as the product is refined), Sortur said, and added Wrappup had an accuracy rate of 90 percent when judges tested it. 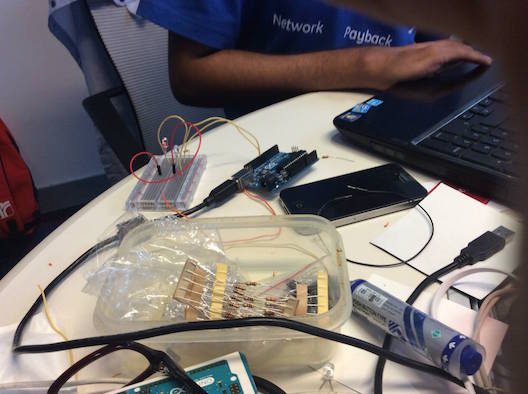 This could become something big.

The team behind Alive, a heart-monitoring smart watch app that integrates with a smart phone and leverages big data, took second place.

“These guys built a fantastic prototype,” Sortur said. “If you suffer cardiac arrest with watch on wrist and phone in pocket, it triggers alerts to people around you who are CPR-trained.”

The team behind Alive will also get two tickets to Singapore’s travel tech conference Web in Travel in October.

Air Intelligent, a concept that should be familiar to any science fiction fans, was awarded third place. The  project uses face detection and NFC technology to expedite the check-in process at airports.

“When you enter the airport, it automatically identifies you, and without any barrier you get to the gate,” Sortur said.

And to make airport transit even more efficient, travelers who use the Air Intelligent system can be fast-tracked through the pilot and crew lines, which are utilized just 10 percent of the time, he added.

He noted that the team behind Air Intelligent were internet security officials for Dubai Airports.

Those who missed AngelHack Dubai will get another opportunity to build those projects they’ve been thinking about later this year, when AngelHack visits Abu Dhabi. That date is being finalized, and should be announced soon.