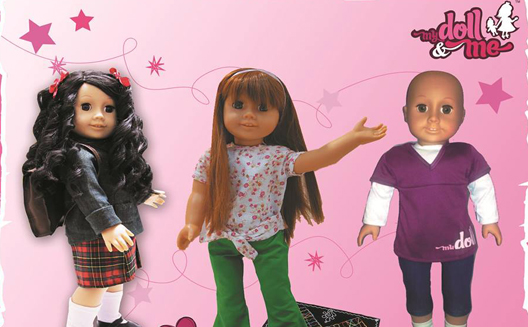 My Doll and Me is making dolls that more closely resemble the market they're targeted towards. (Images via My Doll and Me)

Dolls have been witnessing a resurge recently, with startups like Dumya and Theradolls focusing on bringing back the doll experience to make a difference in children's lives, one way or another.

Lebanese doll company My Doll and Me is working on “Arabizing” healthy looking dolls that reflect positive values on girls’ body image. “We want the right culture that can empower little girls in the region,” said cofounder Lamice Joujou.

Wamda met with Joujou to discuss their concept, challenges and triumphs.
Wamda: What is the concept behind My Doll and Me?
Lamice Joujou: We're putting dolls back on trend because now, as you know, is the trend [of] social media and virtual games. We wanted to set the trend of playing with dolls back, but our dolls are not blond with blue eyes and a perfect body. Those dolls set high standards for girls and create problems with their body image. We focus instead on empowering girls.

Wamda: What qualities did you want in the dolls?

Joujou: The most important feature that we were looking for is an innocent, normal-looking girl of 8-10 years of age, with no makeup and without a top-model body. We also wanted the dolls to look like normal Lebanese girls, not American or western. These [dolls] were going to be sold in Lebanese market, and we decided that, for every market we penetrate, we will moderate the features of dolls to fit the country we are targeting.

Wamda: Was this venture self-funded? If so, how much was your first investment?

Joujou: Yes it was self-funded. We used the profit of a previous edutainment company (Frizzy) that we launched in 2005 to secure an investment of $500,000. The money went to cover the renting, design, manufacturing, shipping and graphing of dolls.

Wamda: When was the first batch manufactured?

Joujou: At the end of 2012. The idea came to us in 2010, but we had to get samples from different factories in China, and we worked on that all year round until we [had] the best looks and features for the dolls. The first batch had around 2000 dolls.

Wamda: What challenges did you face?

Joujou: We faced several challenges in manufacturing. China is far, so going there and coming back several times was tiring. Chinese business people are not like us. Aside from the language barrier, they had their own vision. They can do anything you ask, but  they can just give you really bad quality if you don’t insist and sign contracts. They can also give your concept to anyone who asks for it unless you have copyright.  If you go to china and tell them ‘I want a concept just like My Doll and Me, they will just go and do it. They don't have these kind of ethics that we have here.

Wamda: How long did it take you to start generating enough profit to cover the costs?

Joujou: Very recently actually around; six or seven months ago. We had a big investment to cover, and there was always ongoing money for new doll outfits and seasonal renting spaces. The market in Lebanon is not very big, and people don’t have high purchasing power, so the investment needs time to be covered.

How long did it take for the dolls  to be sold out? And what is the cost of the dolls? 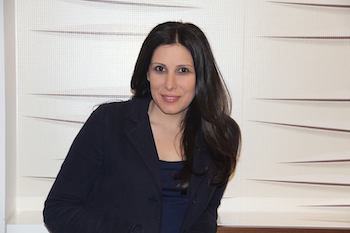 Wamda: Where can people buy your dolls?

Joujou: We have a little store in Verdun, and we have seasonal stores in malls like ABC and Beirut souks. We also market our dolls through Facebook, and we have a delivery system locally and abroad. Our online store is coming in September.

Wamda: Were you inspired by Fulla?

Joujou: Fulla is a “Barbie”, and we're not into “Barbies”. Barbie is this small, plastic, skinny dolls of barely twenty centimeters, and our doll is 50 to 100 cm [in length], and it’s fluffy not made of plastic.

Wamda: How old are your customers?

Joujou: We set out target for girls as young as three to five, and then when we launched our concept, we discovered that girls of older age were encouraged by their mothers and grandmothers to buy our dolls. So our [age] target shot up to girls of 8-14 yrs of age.

Wamda: What are your future sales target?

Wamda: Where do you plan to expand?

Joujou: We're working on selling our concept as a franchise in the GCC and in MENA markets, and we have a deal coming up. We also want to expand to the far east like Pakistan and India and Latin America.