When looking at it from the outside, Saudi Arabia’s entrepreneurship potential appears very different to the reality.

There are arrogant misperceptions on investor interest and plastic stereotypes about customer bases, uninformed judgments about legalities, and plenty more puzzling ideas around what is actually happening that blur the reality that is the Saudi startup ecosystem.

We can all agree that entrepreneurship, both as a culture and a mindset, is slowly but surely growing in the Kingdom. However, one must also realize that a country with a landmass ironically roughly the same size as Greenland is home to many varying yet thriving mini-ecosystems stretching from coast to coast.

As it came up in one discussion, most risk takers are in the West, the techies are in the East and all the money is in the middle. 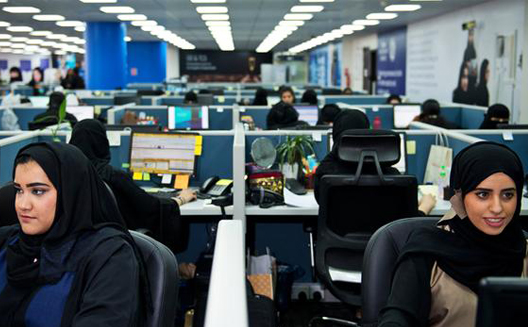 The faces of Saudi Arabia's entrepreneurial future. (Image via the BBC)

Today’s piece is not about the state of the ecosystem in Saudi Arabia for an international audience - I’ll be talking about that later in other posts. Instead, part one of Misreading Saudi Entrepreneurship will be about the untapped potential of 'wantrepreneurs' and more specifically a message to women hesitant to take the leap of faith. The willingness is there, but the resistance to risk taking is strong. The value from failure is misunderstood, and the overwhelming cultural deterrents are all too real. Job security, family business, fast income, complacency, reputation, social expectations and family conditions.

As an active contributor to the Kingdom's startup ecosystem, I increasingly get to meet more women wanting to become entrepreneurs than men. You can see their growing determination, solid work ethic, boundless curiosity and graceful optimism towards collaboration and suddenly, in more ways than one, they seem to be the most qualified change agents for actually getting things done!

In other words, I see an entrepreneurial future in Saudi Arabia that is female.

The entrepreneurship space in Saudi Arabia is one in which I believe women can not only excel, but also play substantially greater leadership roles than their male counterparts. As such, here are my top reasons for why I believe more women in Saudi Arabia should explore their entrepreneurial ambitions further.

The gender inequality issue is no secret: We witness it everyday. It’s not fair and it’s not going to change overnight. As an entrepreneur however, she is seen as an equal for her ideas, her skills and her unwavering ability to make her idea a reality. Investors care about her mindset and attitude and not so much about her gender. Interestingly enough, they actually prefer seeing more successful women lately.

Limited choice in academic and job variety: The list of what women can and can't do starts at elementary school. By the time she's in college, she's faced with the same dilemma of lack of variety, let alone graduating and not finding the job she feels most passionate about. Many of Saudi's female graduates overseas even find identifying a suitable job as an issue. It’s only as a womenpreneur that choice of what she can do becomes a lot more fruitful.

The right kind of social: There are probably more social entrepreneurs in Saudi Arabia per capita than there are entrepreneurs in Dubai, and yes most of them are women. These are the same women who embrace volunteerism, are already part of some network of non profit initiative, and actively spread the word on every social media channel without any ifs and buts. As of this week, Saudi Arabia is still the world’s most Tweeting country on the planet (per capita), the worlds most active Youtube-viewing nation, representing a third of all global daily Youtube views. Saudi youth upload more unique content per day than a few countries combined. 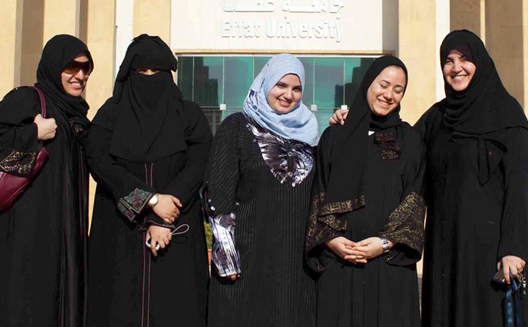 Investors are more interested in an entrepreneurs skills and mindset than in her gender. (Image via Cisco)

Low-income families need supermoms: With the rise of poverty and non-nuclear families, more mothers are put in a position where they must become breadwinners. According to a May 2015 report by the Ministry of Justice, around 82 divorces take place a day in Saudi Arabia. She's either inventing today's new definition of a 'productive family' or fed up with depending on organizations to get by. The grit to achieving financial freedom is a great motivator.

Never before have women been as qualified as they are today: I won't dwell on this too much but here are the hard facts: over 60 percent of all Saudi university graduates are women, and over 60 percent of them are unemployed. It's needless to say that women hold significant economic power as well. Irrespective of what your conclusion is, the truth is that more educated women will be available to work, explore opportunities and become bigger contributors to the economy.

Foundations are in place: Saudi Arabia has over 40 business incubators and plenty of accelerator programs, specialty funds are popping up, and many private investors are beginning to understand what it takes to be an angel investor. New tailored initiatives and programs that take into account the recognition that womenpreneurs must be supported are increasingly becoming more popular.

From local to global: Saudi Arabia is a great market to build scalability on a massive level. It has more established pipelines with global markets than the entirety of the GCC region. Unlike regional startups that tend to rely on markets such as Saudi Arabia and Egypt to scale upwards before they go international, Saudi Arabia enjoys a position of being big enough on its own with the capability of accessing global markets directly.

There hasn't been a better time to become a 'womanpreneur': Entrepreneurship is in itself a viable solution to many socio-economic issues that exist today. The government and the private sector believe that entrepreneurship is a critical component in the formula of creating jobs, building skills, and spreading innovation.

It's fair game territory for you, ladies. You can be whatever you want to be through entrepreneurship. It’s the loophole of all loopholes where the real obstacles are seen as operational, just as a male entrepreneur would face. There are no gender specific issues that prevent you from following your passions and bringing an idea to life. The Saudi startup community is alive and kicking, and women have a role to play like anybody else. Furthermore, this is just the beginning.

To leave you with a Tom Walton quote that pushes me forward every time: "Capital isn't scarce, vision is."

For more information on taking a step forward, feel free to drop me a line to know more about the supports available to you in your own city in the Kingdom.