So you bought some hotpants online for $400.

Yes, you knew it was a steep price but you also knew that if you bought them your life was going to change. But much to your dismay, as well as your life not really changing you found, less than a week later, they were on sale for $50.

Not only were you in the first stages of denial that the hot pants didn’t actually suit you, but you were down $350. What are you options? Mark it up as another poor life choice, or try and claim the money difference back?

Getting the money back can be a hassle but there is a way to do it, and there are a couple of guys who are willing to do it for you. 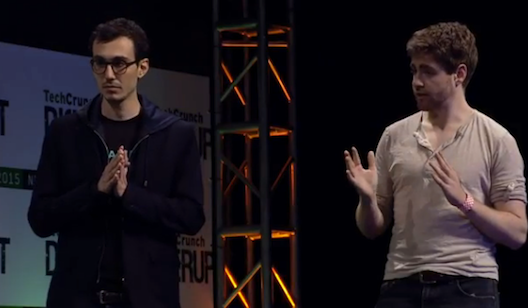 The money back guarantee

Commonly referred to as ‘price change refunds’ or ‘price match guarantees’ the ability to get money back from a seller, when the price of an item you’ve bought suddenly drops, is a very real thing.

Most online retailers, Amazon being the biggest of all, do actually have policies in place for getting the difference back.

However, as is the case for many of us, whether it is noticing there has been a price drop or the prospect of filling out a form, it’s very often just another thing you can’t be bothered with.

With a couple of Lebanese guys at the helm, US-based startup Paribus is set to erase that hassle from your online shopping experience.

An avid online shopper, Karim Atiyeh, and friend and cofounder Eric Glyman, would spend time writing to sellers for money back. “We were buying everything online, even toilet paper, and kept experiencing these prices changes.”

Both in full-time employment in New York at the time, Atiyeh as a management consultant and Glyman in finance, they started working on an algorithm that would scan a person’s inbox for online purchase receipts. These receipts would then be analyzed and a request for a price difference refund would be sent out, from the user’s email account, to the retailer. 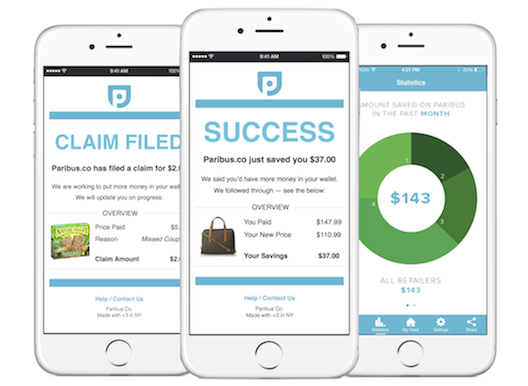 At the start of 2014 the pair would work on it during any free time they had, then last summer decided to quit their jobs and take it full time.

Tracking over $20 million in purchases Atiyeh says that they’ve saved users $50,000 so far, earning 25 percent on each successful claim.

The fully automated service looks for price drops, sourcing price matches, including from separate stores, and coupons or missed deals.

Claims obviously have to fall within the time period set by the retailers. Not dissimilar to a brick-and-mortar store, this can be two weeks to a month. These “eligible claims”, Atiyeh says, usually number at about 200 a day. “Some days we file a lot more, say when a big store goes on sale. A JCrew sale recently sent us 800 claims.”

And it’s retailer friendly too

Currently they have 20 retailers on their books (these include Amazon, BestBuy and JCrew) - meaning that those are the only retailers their software can look for within your inbox.

But the big question is why would a retailer let someone’s sole business be to let you get money from them?

“It’s good for business,” says Atiyeh. “One store started doing it, and then they all followed suit, so as to keep customers.”

The cofounder says encouraging transparency is even more important, and installing these policies are part of that.

Atiyeh claims that dynamic pricing, the changing of a price of a product based on the information they have about you, or how other stores are pricing, is becoming more common. And the guys at Paribus believe that if you’re not wanting to upset your customers, you will have those policies in place.

Are they ready for MENA’s online shoppers?

The MENA region is one of the fastest growing ecommerce markets in the world. In 2013, B2C ecommerce sales were valued at $9 billion and this is predicted to grow to $15 billion this year.

But  the MENA market may not be ripe enough yet.

Atiyeh says adding a new retailer doesn’t take long but as far as the Middle East is concerned, “I think online retail is not mature enough, but once there are those agreements….” 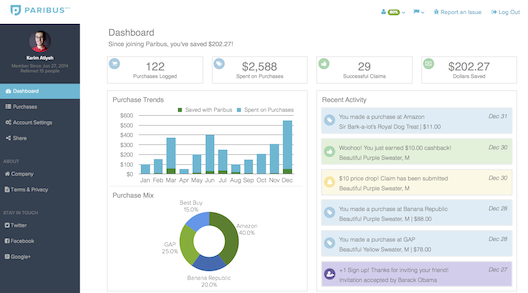 The app as it appears on a user's account.

Indeed, Middle East-based ecommerce platforms, for the most part, don’t have price matching guarantee policies in place making a service like Paribus something for the future.

“While it would be an interesting and useful for consumers, unfortunately none of the retailers that I am aware of have price matching policies in place,” says Omar Kassim, CEO of the ecommerce platform JadoPado, rendering a service like Paribus redundant.

Kassim said in his experience retailer policies in the region were generally poor and a number had no return, exchange or refund, or warranty policies.

“I think it’ll be a while before we see price match policies that are worth their salt,” he added.

Easing ecommerce one claim at a time

As the world of ecommerce expands, notably onto platforms like Twitter and Facebook, with the ‘one-click-buying’ application, the needs of both retailers and shoppers are growing as well.

Atiyeh says that their service will help retailers tackle problems like ‘shopping cart abandonment’, while at the same time making the experience for shoppers easier - getting Paribus into a position where people are quoting them as a trustworthy service when it comes to refining the online shopping experience.