Palestine has joined Game Zanga’s 72-hour design competition as game developers converged on Ramallah over the weekend to try and beat the clock with a winning idea.

This is Game Zanga’s fifth year but last weekend was its first time in Ramallah. From July 31 to August 2, game developers, artists and designers teamed up to create games and upload them to an online platform. 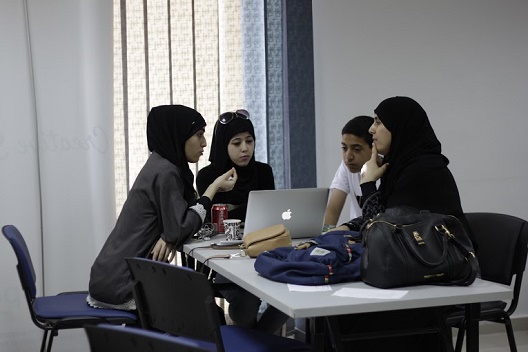 They'll be judged after August 13, when the public voting closes, for their originality, fun factor, graphics, and performance amongst other factors by a jury made up of regional and international gaming experts working for Ubisoft, IGN ME, Enish, and Falafel Games.

Developers have 72 hours to design, develop and upload their games for PC, Android, or web to the platform and can either participate online or from one of the event locations in Bahrain, Egypt, Jordan, Morocco, Saudi Arabia and UAE. 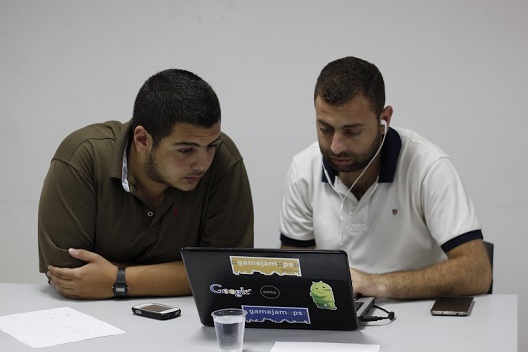 This year’s Game Zanga ended up with over 60 games from the MENA region - five from the Ramallah event and one from Gaza - all are now available at Itch.io for anyone to play and rate.

300.1, one of the games made at the Ramallah event is a free-fall mobile adventure inspired by the movie 300, where the player aims to collect coins while falling in an endless chasm.

There were multiple zombie-themed games like the unity-3d mini game Zombie Smasher Cutter, and the shooting game Zombie Mania which asks the player to shoot as many zombies as possible in 30 seconds. The latter game was developed by Aya and Rawan Odeh, two Palestinian sisters living in Saudi Arabia who have made games since they were 10.

The Gaza team, participating online, developed Take Your Time, a mobile game where the player aims to get a ball into the target without hitting any of the obstacles.

"It's fantastic to be able to meet other talents interested in making games. Working together at a close proximity is very helpful," said Ahmed Karmi and Mohamad Qumeri, participants in Ramallah. 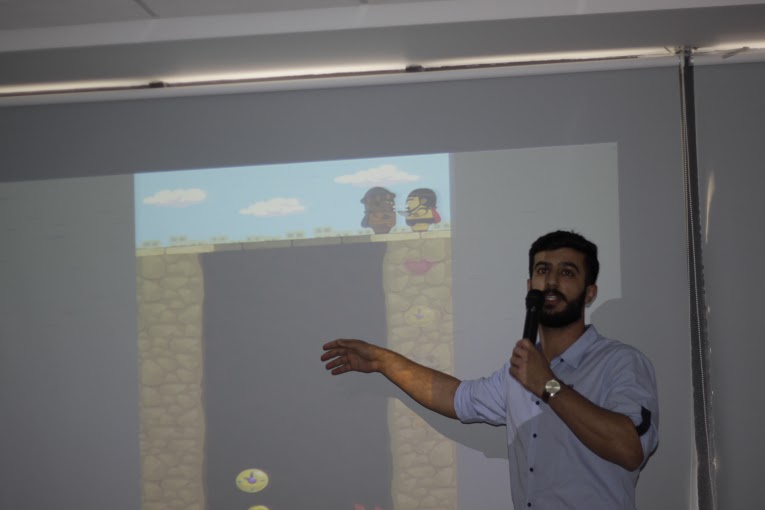 300.1 team pitching their game in front of other participants and coaches.

Pinchpoint, a Palestinian gaming startup that received investment last year from Sadara Ventures, organized the event and offered its team’s expertise to the Game Zanga participants.

Pinchpoint customer acquisition specialist Shorouq Qawariq said they understood the difficulty of developing indie games in Palestine in particular and the limited availability of Arabic-based games in general, and this was why they were dedicated to making the event a success.

She added that they would use it to scout talent and support the developer community.

What is unique about Game Zanga is that it does not include monetary rewards. The target group for the event is the designer community who are looking for a place to develop quality games and improve their skills on the development life cycle, use of shaders and graphic tools.

PinchPoint CEO Khaled AbulKheir says: “Supporting the local gaming sector in Palestine is one of the core values of PinchPoint, as we believe that no company can survive without an ecosystem. Game jams are between the best approaches to increase people interest in the gaming industry”. 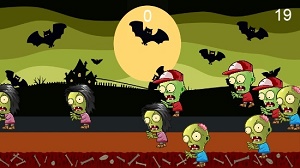 The market for games

The gaming industry today is huge and driven by large gaming companies and indie-game developers, who have gained a foothold in the market with technical facilities offered by faster computing platforms and easy-to-access online app markets. Global gaming revenues in 2014 exceeded $83 billion.

In the Middle East, developer communities of gaming enthusiasts are talking fast steps to develop the gaming industry by holding events and competitions for supporting fellow game developers. Which is exactly what Game Zanga, one of the most popular Game jam events, is intended to do. 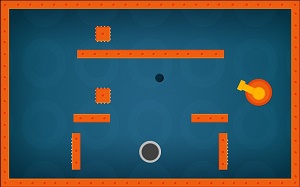 The origins of Game Zanga

“It is a gaming brainstorming event to promote the game development industry,” says Abdallah Hamed, founder of Game Tako, the game studio behind Game Zanga.

“The gaming industry infrastructure is weak in places like Palestine and the Levant, but developers have great talent there. In the same time, the market is more mature in the Gulf, but with a limited number of developers. Game jams like Game Zanga are great for developing the community.”