Less than a year after graduating from the AUC Venture Labs accelerator, Egyptian startup Shahbander is looking to take on the world.

Siblings Fatma, Mahmoud and Mohamed El Esnawy founded the startup in 2013 to help modernize the textile industry. They wanted to connect, via a website, factories with clients who wish to buy finished products.

The site is still in prototype-mode, but Fatma says they’re four months from launching the real thing and after that they’ll be looking to link their 5,000 registered factories with the world - where exactly they didn’t want to say yet but Europe is on their radar. 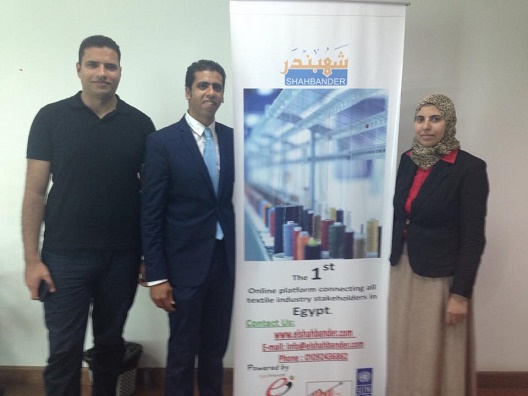 A raw market, untouched by tech

For millenia Egypt has been known for its textiles, and the statistics bear out how important they still are to the economy.

Egyptian exports hit a total of $8 billion during the first five months of 2015 with $379.3 million coming were from the textile sector, according to the Ministry of Foreign Trade and Industry. The Egyptian government has set a target to increase textile exports to $2 billion, from $1 billion in 2014.

But despite it being one of the most promising sectors in Egypt, it remains untapped by technology.

Shahbander was Fatma’s idea. After she unsuccesfully tried to help some friends find textile products online, she decided to branch out of the corporate life and start her own business and, using her four years experience in web development and design.

“No sufficient information could be found,” she said. “Even though some factories have yellow pages, information is often incorrect and out-dated.”

In late 2013, Fatma launched the business with her brothers and in early 2014 they began to take steps to grow it. In June 2014, the three founders joined the first cycle of the American University in Cairo’s incubator program Venture Lab and created a website prototype to test the market.

The website has two main types of users: textile factories wanting to gain exposure and register their information, and the general public or businesses that want to place orders for finished products.

Mohamed Abdel Latif, co-owner of a textile factory named Mesk Al-Kabaa registered with the website seven months ago. He said his experience as a computer science graduate encouraged him to check what the website could offer.

“I already know how ecommerce can be beneficial to businesses,” Abdel Latif said, adding that he believed the website could help him connect with clients he wouldn’t have reached due to geographical barriers.

Abdel Latif, whose facility in the Delta town of Mahala has been in operation since 2010, said following his registration on Shahbander sales in Upper Egypt significantly increased.

“To me, this was an area that I couldn’t reach and couldn’t market myself in,” he said.

On what improvements can be made by Shahbander to its merchants, Abdel Latif said the introduction of suppliers’ data should be the next step.

“Just like clients are looking for finished products, merchants are interested in finding raw materials that are necessary for production.” 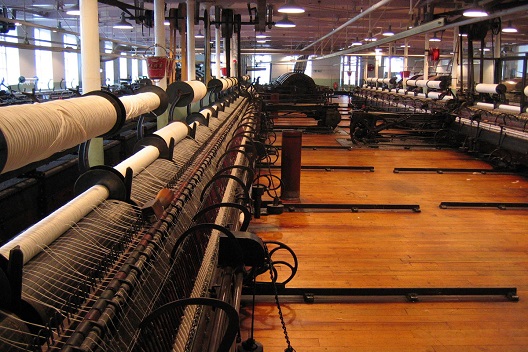 At this stage revenue will come from a subscription service for factories which will provide them with both domestic and global market information, and website advertising.

Fatma said since the launch of the company the total expenditure amounted to only about $6,400.

“We did everything related to marketing on our own and we didn’t really have a team working under us,” she said. “Most of the money was spent on marketing and our attempts to reach merchants.”

In February, the startup applied for a pitching competition that takes place every three months with the Ministry of Communications and Information Technology’s incubator, the Technology Innovation and Entrepreneurship Center (TIEC).

“After winning the competition, the company was given an office in Smart Village around three months ago,” Fatma said. “We get to stay in the office for nine months and maybe up to a year.”

The company’s budget with TIEC was set at just over $15,000 and will be spent under the center’s supervision.

Fatma said once they’d finalized the business plan the company would be ready for the founders to talk to investors.

What the future holds

The founders are currently working on developing the website from the  prototype version.

Fatma said currently registration forms were accepted once the merchant provides an email address, however, some are not good at checking their inboxes or following up with it.

“This pushed us to allow registration through mobile phones,” she said.

“We have three categories and we would like to vary the services the website offers for each one of them,” she added.