[Update]: Ibtikar released a new trivia game called HEXA, with tens of thousands of questions in more than 15 different fields (classified into categories).

A shortage of app developers worldwide is creating a serious bottleneck for tech companies and startups.

In Saudi Arabia, where the average smartphone has 28 apps, demand for apps is higher than supply. 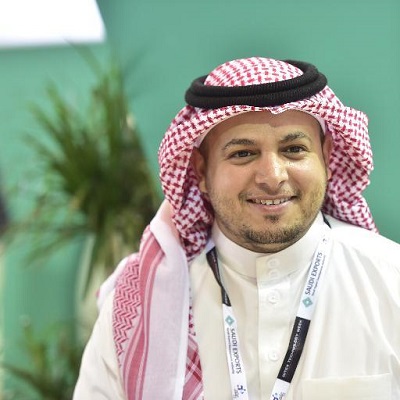 Majed Al Thagafi, (left, images via Ibtikar) founder of app-developing company Ibtikar, believes that corporates have a responsibility to society to help qualified students and fresh graduates with the right skillsets to reach their potential.

Al Thagafi, who was nominated for Ernst and Young entrepreneurship award, spoke with Wamda about his experience in this sector and his efforts at solving his country's lack of technical talent and skills.

A fan of the game Baloot, Al Thagafi partnered with King Abdullah University in Saudi and two other universities in Alexandria, Egypt to provide computer science students with summer internships. Interns work on Ibtikar’s projects with experienced developers, and competent candidates receive job offers upon graduation.

"You rarely find well-qualified talents, despite the presence of top universities,” he said. “The curriculums are outdated and not in pace with the era of advanced technology."

In addition to training and recruiting fresh graduates, the company invests in its existing employees as well with internal training programs.

The company has 70 employees, with 15 to 20 currently working in game development, and the rest on mobile apps.

"We stopped recruiting part-timers in 2011,” Al Thagafi said. “We believe we get a culture of belonging this way with our employees, and we keep the quality of our products."

Al Thagafi's emphasis on training dates back to his experience launching Ibtikar in Jeddah in 2010. He and his three cofounders did not have sufficient experience in app development, or sufficient funds to hire a full team of developers and programmers. Instead, they hired two full-time programmers from Egypt and Yemen, and tasks were completed online. 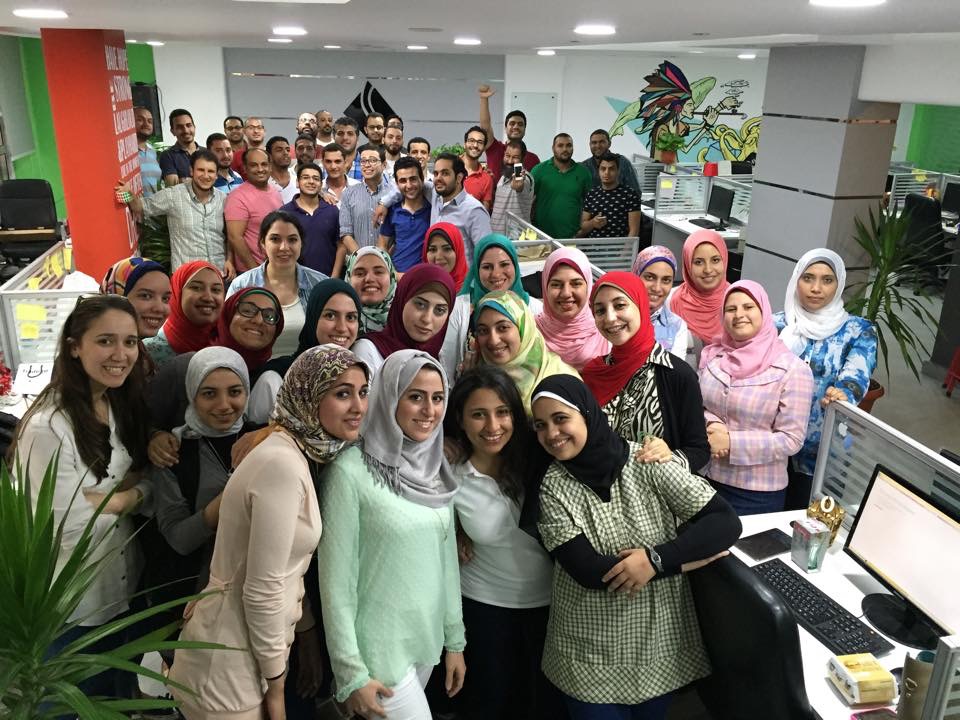 A dedicated team at Ibtikar.

Ibtikar's first project was the mobile game iBaloot, which, launched in June 2011, targeted an untapped market in the region. It has over three million downloads today, according to Al Thagfi, and, after several updates and modifications, is played around 2.5 million times daily.

In 2011, iBaloot won Mobily's best mobile app contest, along with a prize of $30,000. The app, which is free with optional paid features, has recently generated enough profit to cover its development cost.

The company expanded quickly over the years. It now has locations in Jeddah and Alexandria, and develops apps in-house.

It has 30 clients that include large Saudi corporates, newspapers Sabq and Indomie, and governmental departments, like the Saudi Ministry of Interior Affairs.

Despite Ibtikar’s success, the company and region still face many challenges, like lack of talent in the region, lack of experience in dealing with clients, and difficulty in generating profits from the apps.

Market education is another pain point. According to Al Thagafy, many potential clients still do not understand the benefits that mobile apps can provide.

"Most clients think only in terms of internet websites and web apps," he said. "Our goal was to explain the interactive features of the mobile apps to them."

As mobile phones have evolved, so too have mobile apps, incorporating features like GPS and motion sensors. Consequently, MENA app developers need to better explain and market the features and benefits of their products.

As for profit and funding, these are common hurdles that startups of all sectors face. "You need resources to buy equipment, methodologies, training, app licensing and others, as well as a fast internet connection," Al Thagafy noted.

Ibtikar is still self-funded. It currently has 15 quality specialists across all its all platforms. Trained specifically on app testing, these team members are responsible quality-testing all parts of apps that are developed by Ibtikar.

"Complete dedication for the project is essential for high quality," Al Thagafy said.

But does he have any advice for app developers that are in the early stages of their journeys?

For those entrepreneurs who cannot yet afford to set up or hire a quality control department, beta testing - where the app is tested by a number of people who then give feedback - may be more suitable, Al Thagafy said.