Countries in the Middle East and North Africa currently own a vast reserve of an invaluable resource, one that can spur innovation and help diversify local economies for generations to come.

That resource is young entrepreneurs like Amer and Mohamad Yaghi. In the last two years, these Jordanian brothers founded their own startup and launched two products. And they’re not even out of high school yet.

MENA’s startup ecosystem has quietly blossomed for years, and increasingly youthful founders are popping up everywhere, indicating that the potential of entrepreneurship is resonating with younger generations.

And this is an important development for MENA’s economic future.

With over 30 percent of its population between the ages of 15 and 29, representing over 100 million youth, the MENA region is experiencing a “youth bulge,” according to a Brookings report.

Local economies are overflowing with human capital, making entrepreneurship an attractive way to capitalize on this resource. Not only does entrepreneurship offer a solution for youth unemployment, it also benefits local communities by offering them innovative products and services.

Let’s take a look at some of the region’s youngest startup founders, and what they’re offering MENA. 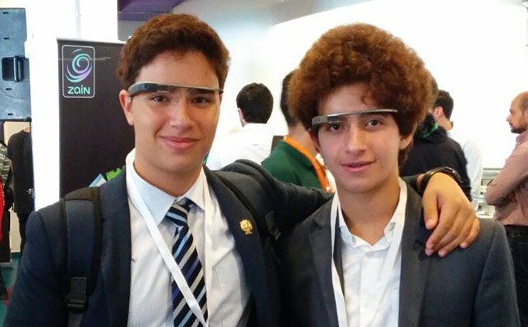 Amer and Mohamad Yaghi, 16 and 15 (respectively)

Their first product is called Chillax, a social networking platform targeting Millennials overwhelmed with too many apps.

“Unlike most other social networks, Chillax has no interest in storing your data and allows you to choose what to make public and what to keep private,” Amer said.

Their second product is AidMaid, an emergency assistance app providing users with a unique way to signal for help when they’re in a life-threatening situation.

If an AidMaid user finds themselves in a dangerous situation, the app allows them to simply shake their smart phone back and forth and this sends an emergency notification to their contacts informing them of the person’s location.

AidMaid can also be integrated with smartwatches and fitness trackers, according to Amer.

“If the person’s heartbeat rises suddenly or he starts to run rapidly, his friends are alerted,” says Amer. “Finally, once the user is rescued or arrives safely at the desired destination, his friends are notified.”

During the beta launch earlier this year, Amer says the app was dowloaded 3,000 times by users in 68 countries in the span of two days. Now they’re focused on improving the app and hope to grow it to a million downloads in the next six-months.

“We aim to make AidMaid the Uber of all emergencies,” Amer said. 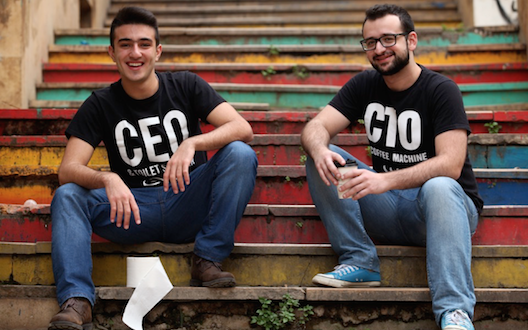 Lebanese entrepreneur Jihad Kawas has the prestigious distinction of being one of 2015’s twenty Thiel Fellows. Started by the cofounder of Paypal, the fellowship includes a $100,000 cash prize and mentorship from the Thiel Foundation. But there are strings attached to that cash. A requirement of being a Thiel Fellow demands that Kawas skip college and focus all his attention on his startup.

That startup is Saily, an online marketplace helping neighbors buy, sell, and swap secondhand products, all from the comfort of their mobile phones. Saily’s mission is to “help build neighborhoods that don’t let anything go to waste.” 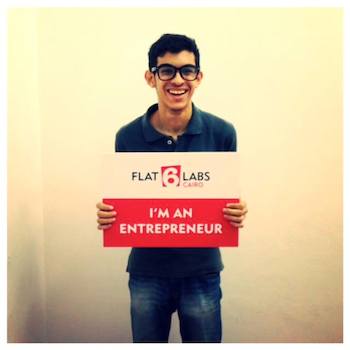 Hailing from Egypt, Nabil cofounded Junior Labs, a startup incubator focused on helping student entrepreneurs. “We teach school students about code, design and entrepreneurship,” he said during an interview with Wamda earlier this year.

“We invest in students with cutting-edge ideas and help them to build awesome startups.” When he’s not working with Junior Labs, Nabil also works with Microsoft and Google on their academic programs for schools in Egypt. 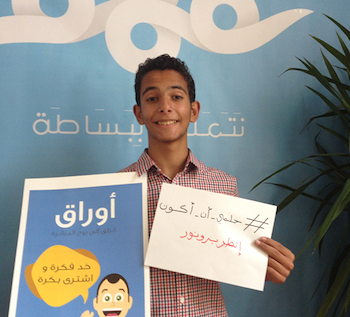 Also from Egypt, Ahmed Gamal started programming at age 10. By age 16, he had cofounded Awraq, a company that creates business solutions for startups by giving them tools to help transform business strategies and plans, conduct feasibility studies, and more.

According to Awraq's Linkedin page, “we support people who have ideas, university students, entrepreneurs, startups, small companies, and corporations by giving them a way to change their project ideas into realities.”

While Ahmed Gamal is fresh on your minds, one of Awraq’s other cofounders happens to be 15-year-old Akram Mohamed. In addition to working with Awraq, Mohamed also oversees an event planning committee for the startup Book Soutor. 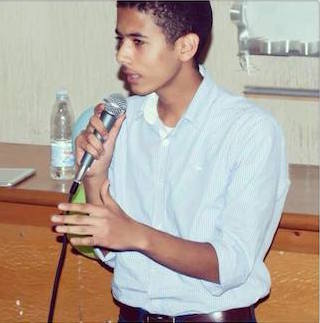 Abdelrahman Kadry - also from Egypt - is the founder and CEO of Rocking Solutions. Specializing in programming and digital marketing, Kadry’s growing startup has already opened a second office in Saudia Arabia. 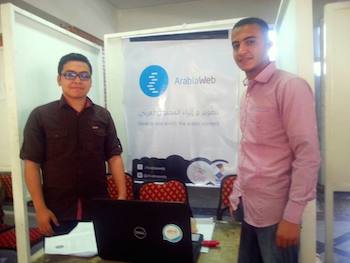 Last but not least, Mo’az Mohssen is the founder and CEO of Arabiaweb, an Egyptian company that creates Arabic-language content platforms. As if that’s not enough, he’s also the founder, general director, and front-end developer for Coffee Team.

Starting a business is stressful and difficult regardless of age. Teenage founders have to balance running their businesses with school and face credibility barriers when dealing with potential clients, investors, and mentors. All this in addition to braving the bewildering ordeal that is being a teenager.

The Yaghi brothers credit support from their parents as a major reason for their success.They’ve also immersed themselves in Jordan’s startup scene, from which they’ve received invaluable mentorship.

At Wamda’s Mix n’ Mentor in Amman this past June, Amer and Moe met Aramex founder Fadi Ghandour, and had the chance to pitch him Chillax.

“When Fadi met us, he could have just had a conversation with us and moved on, but instead gave us his email and encouraged us to reach out to him again,” Amer said. “Even though Mr. Ghandour’s a very busy man, whenever we are in need advice, he gives it and is very supportive.”

Amer also credits incubator Oasis500 as helping them during the process of creating the company, constructing financial accounts and just giving general advice.

And with support from the ecosystem, at an age when most of their peers across the world are content playing video games and looking forward to summer vacations, these youthful founders are helping MENA build a new economic future.

To that end, Amer and Moe encourage others to follow their lead, noting that they’re creating a blog called “Chillax-I-Can” as a resource for other teens interested in starting their own businesses.

“We want to inspire and change the world,” Amer said.