“How many entrepreneurs here are currently trying to scale?”

Nearly half of the people packed into the Grand Hyatt Amman’s conference hall raised their hands. The question was posed by Fida Chaaban, moderator of the opening remarks of Endeavor Jordan’s 3rd annual Dealmakers event. 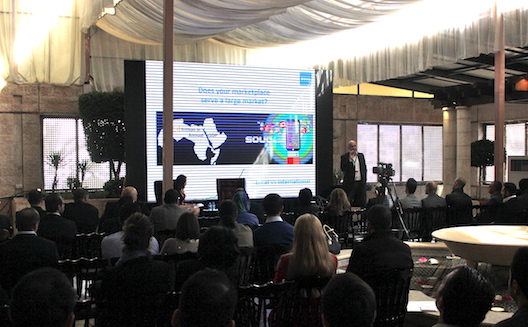 Fortunately for those with hands held high, the other half of the room was filled with angel investors and venture capitalists.

Running from November 19 to 21, Dealmakers brought together investors and VCs from around the world and gave them a face-to-face opportunity to network with investment-grade startups from Jordan.

“One of the challenges entrepreneurs face is finding capital, finding smart capital,” says Rasha Manna, managing director of Endeavor Jordan. “What we’ve tried to create with this platform is a space where we can connect entrepreneurs in Jordan with international and regional investors.”

In addition to MENA entrepreneurs having difficulty finding capital, investors entering the region also encounter the complicated task of operating in an immature investment landscape.

Dealmakers enables both investors and startups to bypass some of these barriers.

Manna says that Endeavor Jordan doesn’t necessarily expect deals to be struck at the event and that for privacy’s sake they don’t track whether or not investments are eventually made. Rather, the Dealmakers Amman is meant to be the “starting point of a conversation”.

Manna also notes that investors and VC’s keep coming back each year, which indicates they’re seeing positive growth in the region.

And several investors and VCs chimed in to tell Wamda their thoughts on the current state of MENA’s investment landscape.

Here’s what they had to say:

Allen Taylor, the head of Endeavor’s investor network, has watched MENA’s funding ecosystem grow for the last seven years, and he says that an unprecedented opportunity is unfolding.

“There’s more fresh capital ready to be deployed right now than probably ever for startups in this part of the world,” Taylor said.

Citing examples like Wamda Capital and Leap Ventures, Taylor said that compared to the last three to five years, more venture funds in the $3 million to $5 million range are beginning to emerge.

“They have new funds and fresh capital and are going out and investing,”  Taylor said. “That’s a change in the last 12 months.”

“We live in a region that has no lack of capital, but we also see a region without a focus on knowledge-based businesses,” said Emile Cubeisy of regional venture capital firm Silicon Badia.

While other parts of the world are investing heavily in their startup ecosystems, Cubeisy said there’s still simply not enough attention or investment infrastructure for startups in MENA.

“For every Silicon Badia, it’s ideal that we have another five to 10, just conceptually,” said Cubeisy.

Other investors see a lack of understanding of venture capital’s role - and potential - in the region.

“I think the biggest gap is still, on the investor side and entrepreneur side, is a true, deep, experience-driven understanding of how you build a hyper-growth, venture backed startup,” Taylor said.

Taylor also asserts that there’s plenty of capital floating around, but that people need to understand what it means to invest in early-stage entrepreneurs versus late-stage private equity deals.

This will hopefully change, according to Taylor, as more experienced regional entrepreneurs become VCs and angel investors in their own right.

“I think the big challenge that entrepreneurs have is that VCs aren’t clear enough in terms of what it is they’re looking for,” added Cubeisy.

That’s partially because regional VCs are developing and learning right alongside entrepreneurs.

And in the coming years Cubeisy expects that relationship to improve.

“We’re going to continue to get better,” said Cubeisy. “Funds will have more clear investment theses, knowing what it is they’re really looking for.” 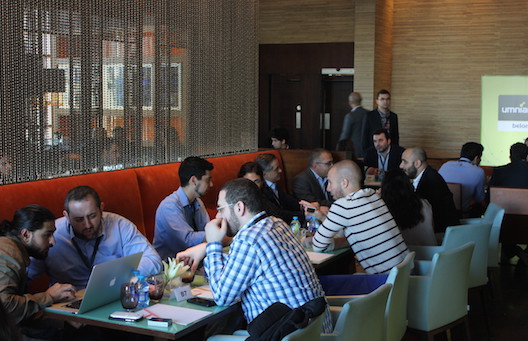 Investors are looking for value before specializing

“I don’t think that today investors in our region, given its nascency, are in a position today to say ‘this is what we’re looking for,’” said DASH Venture’s Omar Sati.“We have to work with the opportunities coming our way.”

Unlike North America or Europe, Sati said investors in MENA don’t have the luxury of specializing in certain industries or sectors.

“We’re still in the process of our evolution where we’re investing in great teams first,” added Cubeisy. “I’ve yet to meet an investor who is immovable in terms of where he perceives the value to be.”

Specialization will come, said Cubeisy, as the number of funds grows and the level of entrepreneurial expertise develops.

“As companies grow here, they’re the ones that are going to alter what funds are going to look like in the future, not the other way around,” said Cubeisy.

“We are so far away from that,” said Sati.

Instead entrepreneurs and investors need to work together to tackle regional gaps in MENA, like e-payments, deliveries, and other underserved commerce areas.

The future is bright

As investors and entrepreneurs in MENA team up to solve normal problems, events like Dealmakers are the glue that helps stick these two groups together.

And as investors and entrepreneurs parted ways after a productive day of networking, investors were excited for the future of MENA’s startup ecosystem.

“It’s passion that drives all of us, which is why it’s events like this that make it so interesting,” said Sati. “Because the VC learns just as much as the startup.”