Castle Soft began in the late 1980s with a piece of paper, a pencil, and a vision to create accounting software that is reliable, cost-effective, accurate and customized to the needs of each customer.

What cofounders Majdi Abu Daff and Adham Shurrab came up with is Al-Aseal, their flagship Arabic-language accounting software which today is one of the most widely-used accounting software suites in countries including Palestine, Egypt, Saudi Arabia and Iraq. 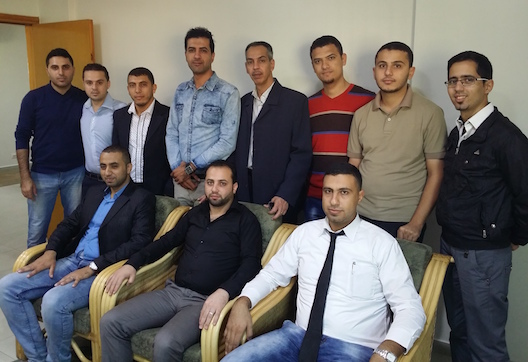 In 1986 Castle Soft’s would-be cofounders wanted an alternative to MS-DOS accounting programs that tailored data and reports to customers’ needs - and worked in Arabic.

“Computer accounting software solutions were sold at a price point between $1,250 and $1,000 back then, and we went for the lowest price for our offering,” Abu Daff said.

They studied the accounting software available in Palestine and Egypt (namely Alsihri and Almezaan), and in 1998 were able to launch Al-Aseal, a more affordable version with features to help users migrate data from old MS-DOS programs.

Today the software is a customized desktop application that offers functions such as analytics, reporting, budgeting all in English and Arabic. HR software offers staff management functions.

2. Keep developing your product and service

Every one to two years, Castle Soft releases a new version of their software according to customer feedback and needs.

The company’s core team in Gaza and their resellers around the MENA region provide customer support around the clock and during holidays.

“Each version contains major and minor fixes, updates and new features according to customer feedback,” said Abu Daff. He hinted that they were now working on a mobile app. 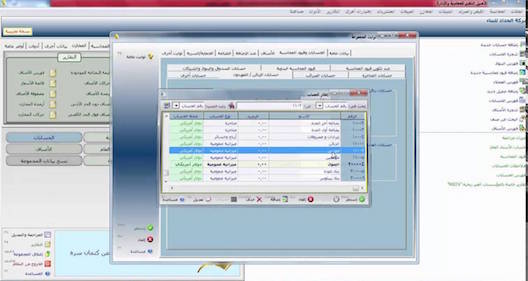 They are first a foremost a service-oriented company: “If the customer does not call in during the first month of purchasing the product, we will call them asking about their experience with the software and if they need any assistance” Abu Daff said.

They offer an easy-to-understand manual with its software; maintain a competitive price point; consistently build on customer feedback; give hardware advice to ensure the software runs smoothly; and offer tailored reports by customizing reports and adding new templates for free.

4. Don’t blame circumstances for your difficulties

With the blockade forced on the Gaza strip in 2007, all aspects of life and business inside Gaza have been affected, and Castle Soft is no exception.

“We have seen many difficulties but we managed to carry on. We started from home without receiving any investment or support from other organizations or funds, rented a small place and launched Al-Aseal,” Abu Daff (right) said.

“With the blockade we had to invest in power alternative to keep our staff online, but we have managed to sustain our customer base.”

5. Focus on your local market first

“[The] local market has enough potential, and in our case Gaza is a good market by itself. Software is a service, and if I work in a given country, I would buy from a software provider in that same country to receive its support and customization,” Abu Daff said.

Al-Aseal dominates the accounting software market in the Gaza strip, and is sold across the West Bank and in many MENA countries, according to Abu Daff.

In their effort to publicize their product locally and in the region, Castle Soft has participated in GITEX multiple times, and were featured in the MENA edition of PC magazine.