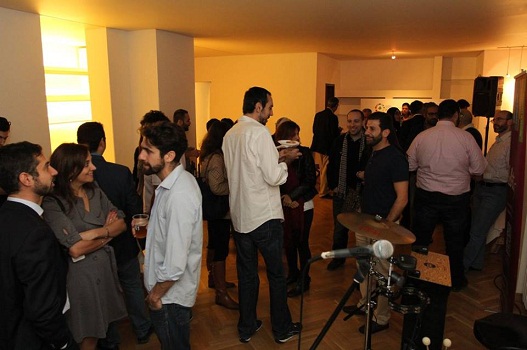 “There are more than 34 events this year,” said Altcity cofounder and CEO David Munir Nabti.
Along with Bader accelerator, ElementN and a host of other organizations, Altcity is one the chief organizers for this year’s GEW.

“What is remarkable is the host of newcomers who have taken the initiative to organize events and contributed to the wide diversity of events, such as Shouf Entrepreneur, LSTP, MEGAplay Game Jam, and the She Develops women’s hackathon,” he continued. 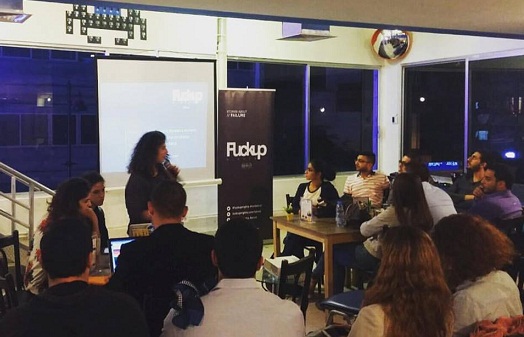 Entrepreneurs talk about their failed businesses and projects at FuckUp Nights Beirut.

One of the highlights was the first all-female hackathon, She Develops, organized in participation with Arab Women in Computing (ArabWIC) and IEEE Women in Engineering.

Some 40 women from seven universities participated in the event, which aimed to encourage women in tech.

“It was a laid back positive environment where they all learned they can build whatever they want,” said Ayman Farhat, event mentor and Wamda’s lead tech.

“A lot of the challenges for women in tech in the Middle East revolve around culture,” he continued. “Culture plays a big role, it puts people in boxes and imposes a lot of stereotypes, and this even affects employers.”

The AUB Innovation day had students from different backgrounds try to solve pressing problems in the realms of health and economy in creative ways.

Another prominent event was the Hyundai Startup competition, which saw 20 finalists and five runners up pitch their ideas to a panel of judges who are successful entrepreneurs in their own right, such as ScoopCity cofounder Abdallah Yafi, UK Lebanon Tech Hub director Nadim Zaazaa and Wamda founding CEO Habib Haddad.

Agriculture startup Lifelab won first place and $15,000, followed by Daycare Channel, with a prize of $10,000 and lastly, Pathfinder (a group of iCloud connected devices to aid the visually impaired) with $5,000.

The judges of SheDevelops Women Hackathon.

GEW is no less active in the rest of MENA. Palestine’s Seedstars Ramallah was held on November 16 and saw real estate analytics startup Mashvisor qualify for the finals.

With 841 events, Algeria has the highest number of GEW activities of any MENA country. These activities range from personal initiatives to organized sessions and workshops.

Algeria is followed by Jordan with 139 events. Other participating countries in MENA include Bahrain, Egypt, Qatar, the UAE and KSA. From Jordan’s health Hackathon to Egypt’s $1 million Hult Prize, GEW is MENA’s massive event for the week.

GEW Lebanon, on the other hand, will run nearly three weeks.

“Ecosystem partners were very enthusiastic to participate with their own events,” Nabti said. “Therefore we opened up the possibility to host events in the weeks that follow to give people the opportunity to benefit from as many great experiences as possible.”